What's to be done decades later? 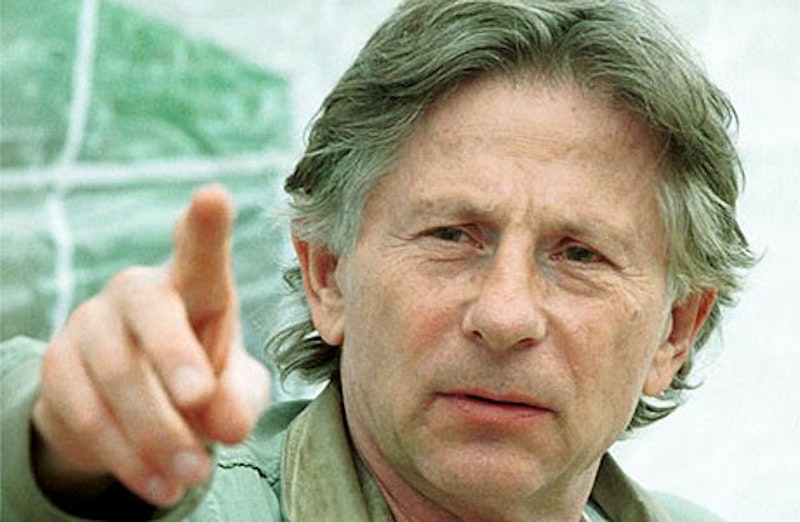 It’s a given that Roman Polanski’s obituary will include—along with Chinatown, Rosemary’s Baby, Knife in the Water, and Charles Manson—a significant section devoted to his 1977 episode involving champagne, Quaaludes, and sex with then-13-year-old Samantha Geimer. Polanski’s subsequent flight from the U.S. and various attempts since to, depending on whom you believe, bring him to justice or continue to unduly harass him for a decades-old mistake, has turned into a nearly Dickensian tragicomedy.

But while Bleak House’s Jarndyce and Jarndyce case eventually ends in laughter, the Polanski case assuredly will not; perhaps a more proper reference would be Les Misérables, and Inspector Javert’s tireless pursuit of Jean Valjean.

The Polanski matter is back in the spotlight thanks to the Swiss government’s decision on Monday to not extradite the director to Los Angeles, maintaining that it’s unclear as to whether the 42 days (of an original 90-day sentence) that Polanski served sufficed after he pled guilty to having unlawful sex with a minor. That cloudiness is based mostly on the behavior of the case’s original judge, Laurence Rittenband, whose sleight-of-hand backroom dealings were the centerpiece of the 2008 documentary Roman Polanski: Wanted and Desired.

Wanted included new interviews with the original case’s prosecutor and Polanski’s attorney, both of who acknowledged the hubristic Rittenband’s underhanded activities (though the prosecutor later said he lied about directly advising Rittenband on what to do, adding yet another layer of subterfuge). It also featured the now-adult Geimer reiterating her long-held position that Polanski’s suffered enough.

Of course, when it comes to the law, things are rarely that simple. Polanski’s fleeing the country before it could be determined whether those 42 days were sufficient still looms large, and there is no statute of limitations on statutory rape. The grown-up Geimer’s opinion is of interest but has no real legal weight; as the western regional director for the Survivors Network of Those Abused by Priests told the New York Times of Monday’s decision, “This sends a message that if the abuser is rich and powerful, that person can flee the country and get away scot free.”

The latest Javert in the case, L.A. County District Attorney Steve Cooley, isn’t about to let the Swiss decision stand. Cooley issued a statement calling the Swiss action a “disservice to justice and other victims as a whole,” maintaining that his office complied “fully with all of the factual and legal requirements of the extradition treaty,” and concluding, “The Swiss could not have found a smaller hook on which to hang their hat.”

Cooley is in a doubly unenviable position: He’s trying to correct decades-old errors made by his predecessors while simultaneously running for California Attorney General. The law and order stand is predictable, but a perceived overzealousness in prosecuting a 76-year-old film director probably won’t win him too many voters in Hollywood.

Choosing a dog in the Polanski hunt isn’t easy. On one hand, you have a long-acclaimed film director who’s acknowledged his mistakes, served at least some time, been demonstrably wronged by the California legal system, and is in the twilight of his years; the chances of his bagging another 13-year-old seem slim. On the other, you have the “Justice delayed is justice denied” argument, the complicating matter of his fleeing the country, and the main fact—largely ignored by Wanted and Desired—that the man did commit statutory rape.

A denouement appears increasingly unlikely in Polanski’s lifetime. All that’s left is to quote Macbeth (which Polanski filmed in 1971). “They have tied me to a stake,” the title character says in Act V, Scene 7. “I cannot fly, But bear-like I must fight the course.”

And if “fighting the course” in this case means kicking back in his Swiss chalet, so be it.