Why have HIV/AIDS rates been plateauing for so long? 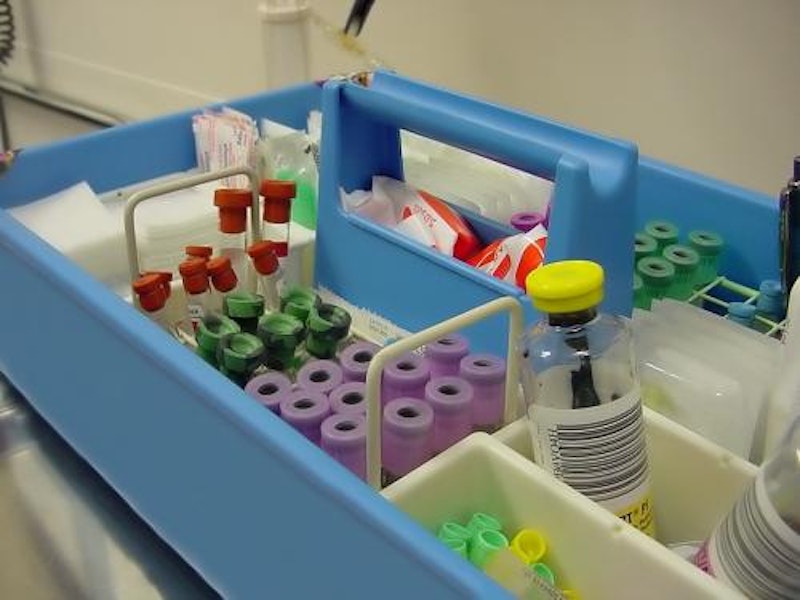 Here's a scary statistic for you: one in five Americans who have HIV are unaware of their status. Among the groups most likely to go undiagnosed are straight men, African Americans and Latinos, and those under 25. Sound like anyone you know?

According to the Centers for Disease Control and Prevention, this group of undiagnosed carriers is part of the reason that HIV and AIDS rates have been holding steady for the last decade or so, with about 50,000 new cases each year despite increased knowledge about the disease. Because the undiagnosed are unaware of their status, they are more likely to engage in behavior that put their partners at risk and spread the infection.

Going undiagnosed also puts the carrier at greater risk for AIDS-related complications and death. The sooner a patient gets started on the powerful cocktail of drugs known as High Activity Anti-Retroviral Therapy (HAART), the more successful the treatment is. Although it's not a cure, HAART can slow the reproduction of the virus to a crawl and give the patient many additional years with high quality of life.

After completing years of research on the spread of HIV in the US, the CDC recommended in 2006 that HIV screening become a part of routine health care for people between the ages of 13 and 64. They estimate that if an HIV test became a part of your yearly physical, the rate of infection would be cut by 20 percent and the average HIV patient would gain one and a half years of healthy life due to early diagnosis.

And yet, almost five years later, the rate of HIV testing remains largely the same. Only about 40 percent of Americans have ever been tested, much less on a regular basis. So what’s the holdup? If a simple blood test could make such a huge difference, why hasn't it become more common?

The first explanation that jumps to mind is cost. However, a study conducted by the Yale School of Medicine measured the cost of testing to society versus the quality-adjusted life years (QALYs) gained. In other words, how much would the expense be for each healthy year of life a person gained as a result? They found society’s tab to be only $37,100 per QALY, which is well below the $50,000 generally considered the cost-benefit benchmark for effectiveness.

If one also considers the money saved by HAART's prevention of many of the AIDS-associated health problems and the lower rates of transmission associated with early diagnosis, the screening program looks even better. The issue is not fiscal, but social. Like so many societal problems, the roots are in ignorance and prejudice.

Up until now, the approach to preventing the spread of HIV/AIDS has been targeted testing. A test was only performed when requested and doctors only encouraged patients to be tested if they were seen to be at risk. For many years, the “at risk” population was gay males. Although homosexual men continue to be the largest population of new diagnoses, now one-third of those diagnosed each year are heterosexual men and women who engage in high-risk sexual behavior. But due to the fact that straight men and women do not perceive themselves to be at risk, they are less likely to be tested.

There is also a certain amount of blame to be laid at the feet of abstinence-only education. Without being educated on the risks of sex, young people are not equipped with the knowledge to evaluate the relative risks of different sexual behaviors and to have a realistic idea of the level of exposure they are comfortable with. They are not even given the basic tools to protect themselves and end up being exposed even when simple condom use would have been sufficient protection.

You might think that the primary care physician might be able to step in with some guidance, but because of the sex negativity in our society, many people are not comfortable talking with their doctor truthfully. They may even assume that when they get the blood test for their physical that they are being tested for STDs, but that is not the case.
Even more insidious is the lingering perception that HIV and other STDs are a punishment for immoral behavior.

People fear what others will think of them if they are diagnosed. They may have been exposed through the most vanilla, monogamous, boring, heterosexual sex imaginable, but an HIV positive status can be like the mark of Cain in some communities. Not everyone is going to come out with hateful gems like Jerry Falwell's “AIDS is not just God's punishment for homosexuals; it is God's punishment for the society that tolerates homosexuals,” but the idea that the virus is some kind of divine retribution is not rare.

It’s in the interest of the public health to make yearly HIV screening part of a typical medical check up. The CDC's research and medical evidence supports the establishment of an opt-out testing system and the only thing holding that back is our own outdated and puritanical ideas about sex and morality. But it is far more immoral in my eyes to protect your own ignorance at the expense of your partners' health and years of quality time with your loved ones.