You shouldn’t have to ask to be wanted. 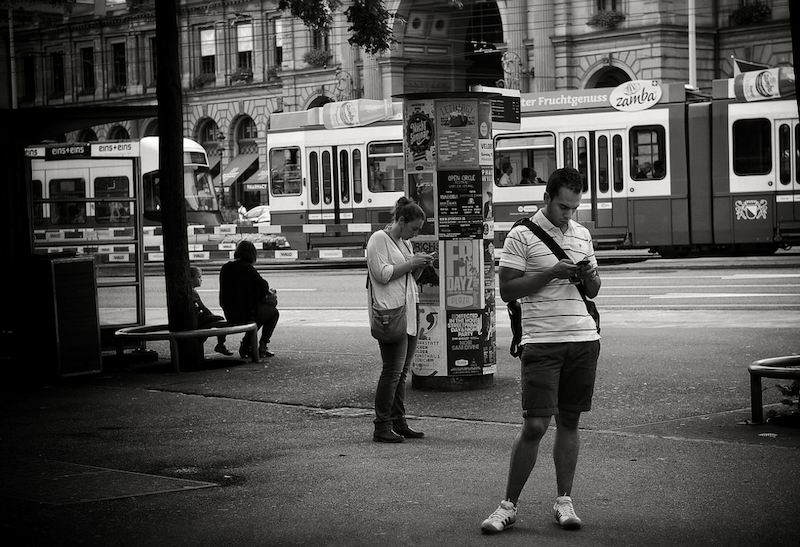 When I first moved to London I went on a few dates with this guy I met on OkCupid—an 82 percent match!—and though I wasn't looking for anything in particular we hung out, had a lot to talk about and he was fun. I thought we were going somewhere. Not really sure where to be honest but definitely somewhere. Then he hit me with that dreaded Facebook message that was all, "Hey, um, we're not a match after all lol." Totally disappointed, of course, but I really appreciated his frankness. Now we're really good friends.

The worst thing about dating in the age of swipes, notifications and digital dick pics is that we’re constantly looking for something better that could potentially be right around the corner. Just a notification away. It’s hard to pay attention to one person with so many possibilities and options. We love the instant gratification that comes when someone Super Likes us on Tinder, but the irony is that so many connections and notifications actually leads to missed connections and miscommunication.

You meet a guy you really like and you hang out all the time, send each other cute messages, the sex is poppin’ and though you're still just hanging out, not really an “item,” it's definitely clear you are both feeling it. Then he disappears. No further response. You stare at your phone making up excuses about why he hasn't messaged in three days, seven days, 10 days while telling all your friends you can't believe that guy you were chilling with ghosted you. His last message was so cute and he even sent a kiss face emoji—what happened! You feel tempted to send a passive aggressive text that's like, "Hey hope ur alive still!"

Dating is a game, and to be fair every single one of us has ditched a perfectly nice person we just weren't that into. You go on a date with them and realize... no. After that first date neither of you responds to the other with any further interest. That's not really ghosting. That's dating. Ghosting is what happens when you both seem equally interested in the other over a period of time but then suddenly one of you completely vanishes for what seems to the ghosted person like no reason at all. It stings.

People pull this disappearing act for various reasons. Maybe they weren't that into you, or didn't know what they wanted, or maybe they got serious with one of the other people they were talking to, or they were cheating on their boyfriend/girlfriend with you and started feeling guilty about it, or their life is a mess and they can barely remember to clip their toenails let alone send you a “hey.” You’ll never know and it’s not worth your time to think about it.

It's never good to go into a new romantic connection with expectations of immediate commitment, love and grand romance. But that’s not an excuse to vanish. When we do all it means is that we’re not brave enough to face ourselves. Rejection always sucks, but it sucks more when we’re blindsided by it without explanation.

The only rule to abide by in any relationship is that you shouldn’t have to ask to be wanted. You should be chasing him as much as he is chasing you. If you ever have to wonder whether someone is interested in you then they’re not. Deep down you know that when someone likes you they will move oceans to be around you, message you, be with you, and have you around. They will always make time. If you get ghosted by someone you thought was into you just take the high road and get back on Tinder, girl! Never beg for someone to like you back.