The Disgraced Philosopher and Why He Said “She”

A look at word choice in a sexual harassment case. 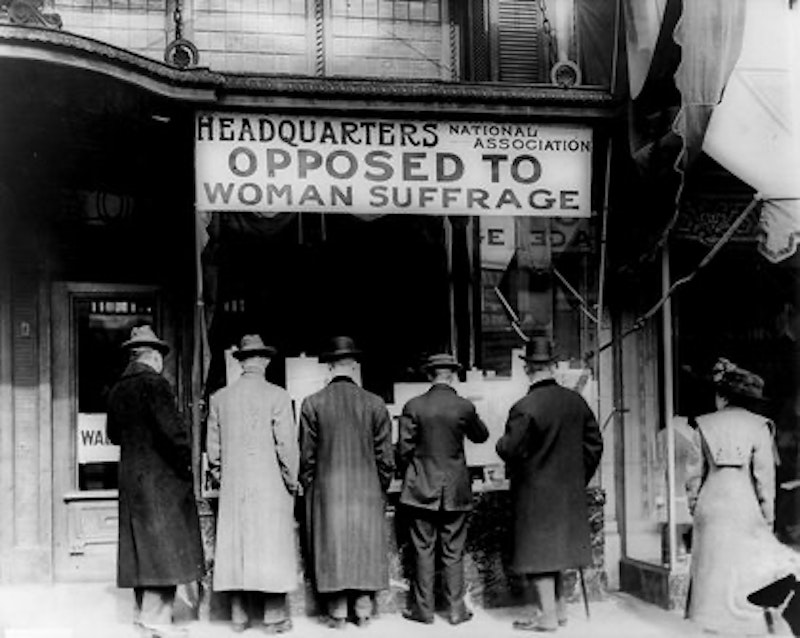 The philosopher Colin McGinn had to quit his job at the University of Miami because one of his female grad students said he was being way too familiar in his attentions. McGinn says he then read some sentiments attributed to her in the press and decided to respond with some blog posts. A group of female philosophers wrote an open letter to complain about his posts and asked the university to sit on him (though they failed to specify how). McGinn answered with an open letter of his own, in which he asked a rhetorical question about a hypothetical defendant: “Are we to suppose that whenever an accused person defends herself against her accusers that she is guilty of 'de facto retaliation'?”

You see the funny bit. She! Herself! Here we have the suavely indirect mode of gender-equitable language. No “he or she” marching up the broad path of the reader's awareness, just a slim pair of pronouns sliding into place and behaving as if we all expected them right there. In McGinn's letter they seem like a small provocation. Is he demonstrating how advanced his gender courtesy actually is? Is he daring the women to place this linguistic courtesy against the crimes they presumably attribute to him, and to reflect that the pronoun choices they treasure so much are nothing but a frippery?

Maybe he means no harm and is simply afraid to stick his nose out with an old-fashioned “he” and “himself.” Or he feels that a “he,” when referring to what he considers to be exactly his situation, would make it sound like he was pleading for himself, as opposed to laying bare a general principle and recommending it to his readers' attention. All in all, he had quite a choice before him when he began that sentence. For somebody who cares so much about language as embodiment of idea, it must have been an oddly freighted moment. No doubt life becomes full of moments with odd freight after a boss decides to do something about his girl subordinate in those jeans.

That stultifying feminist mindset. A blogger at the right-wing site American Power surveys the offerings at What Is It Like to Be a Woman in Philosophy, a site devoted to the misdeeds committed against women in various philosophy departments. Shaking his head, he speaks: “I don't know. I see mostly men being jerks around women. It's stupid. And it should stop. But the feminist mindset is so stultifying it's ridiculous. The tiniest perceived slight is sexism, so it becomes a no-win situation. Men are jerks. Women are looking for anything that can be called 'sexism' to feed their victimization psychology. There's no way out, and again, no one wins.”

Presumably he'd like women to decide that each act of male jerkiness was a one-off that accidentally happened to co-exist with many other acts of male jerkiness. If so, the blogger wants a cognitively refined version of the old precept that a lady must ignore vulgarity. He'd allow women to notice male jerkiness but then cut off mental processing so the jerkiness couldn't be placed next to similar acts. It's all right if they notice how they're being treated, but not if they draw any conclusions from it.

The blogger's paragraph, given that it's written in manly and straightforward language, is remarkable for its confusion. The way men have been acting is “stupid” and “should stop,” but women who notice “are looking for anything that can be called 'sexism' to feed their victimization psychology.” All of a sudden the stupid, jerky behavior becomes the “tiniest perceived slight.” The rest of us know that meanness can be very small, and that the worst thing about living with meanness is that it's usually not a one-off.

For the record, here are some whiny, man-hating, grievance-mongering quotes from the feminist site in question. The title of a post: “Harassment and How One Man Helped.” Reflections on a professor who was good enough not to hit on his student: “I have never told him exactly what he’s done for me and why I respect him so much. I’ve never told him how he’s changed my life… He restored my faith in some male philosophy professors, he gave me confidence, and he saw me as someone, not an object or a body.” Reflections on a professor (“A”) who helped a student get away from a harasser, but who couldn't stop the jerk from harassing further students: “So on the one hand, I think my department really let me down. On the other hand, I think A really stepped up and stood by me. I have mixed feelings about the whole thing.” Those unreflective harpies. They're locked in their victimhood and just can't think.