Femininity Is Still About Bodies 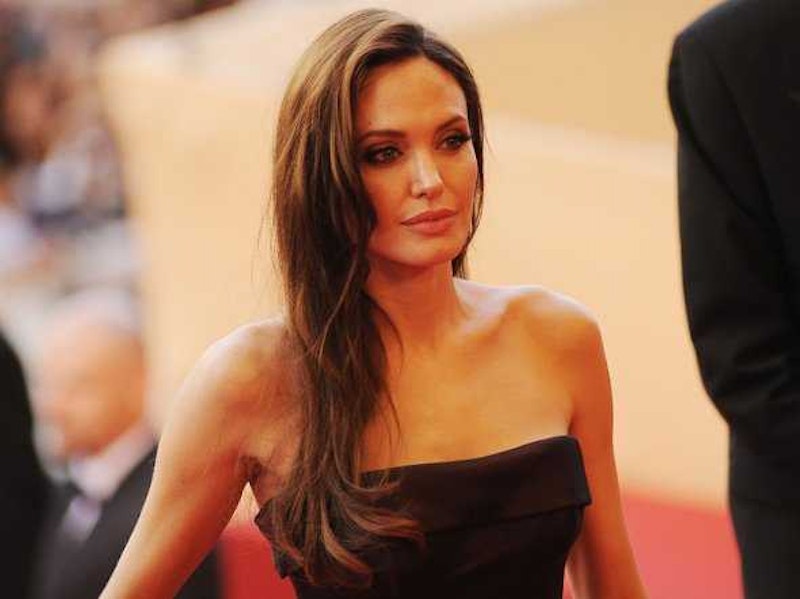 "Angelina Jolie Is Still A Woman," announces the headline to Eleanor Barkhorn's post about Jolie's double mastectomy. Jolie herself, in her New York Times op-ed, explained that following her operation, "I do not feel any less of a woman. I feel empowered that I made a strong choice that in no way diminishes my femininity." Which seems like it should be non-controversial. Why wouldn't she still be a woman? Does this even have to be stated?

Actually, yes. The reason is that femininity is still, in our culture, very much about bodies. This is one of the main differences between perceptions of masculinity and femininity. To be a man, for the most part, is to act like a man—be tough, brave, courageous, dignified, or honorable. To be a woman, though, generally means to look like a woman. It means to have a feminine appearance, or to look sexy.

The differences in emphasis can have some upsides for women. Since femininity is more about appearance than action, women in some circumstances have a wider range of acceptable behavior than men. Women can wear pants without calling their femininity into question, while men who wear dresses are likely to be mocked. Women can openly express affection for other women without anyone questioning whether they are women, in a way that men cannot necessarily express affection for other men.

But overall, it's not an advantage to have your gender reduced to your appearance. It tends to make you into a body rather than a self—which is why being a woman in, say, film is often a matter of standing there and looking pretty rather than of doing anything in particular.

It also creates huge and insoluble pressures having to do with naturalness and artificiality. For men, performing gender is a matter of performance; it's what you do. You might fake it (by, say, pretending to be straight when you're gay), but the act isn't itself a betrayal of your gender. Women, on the other hand, are supposed to be gendered simply by being. So woman have to appear to be women—but any effort to appear to be a woman is unfeminine. Thus, women are simultaneously told that they must look a certain way, and then condemned as artificial when they try to look a certain way.

In this sense, beauty culture and the decrying of beauty culture aren’t really opposed; they're just two sides of the same dialectic. The endless fascination of fashion photoshop disasters, with its gleeful revelation of fakeness and artifice, functions in much the same way as the perfect airbrushed images themselves. Whether you're promoting the fake femininity of bodies or sneering at the fake femininity of bodies, the link between artificiality, femininity, and bodies never really gets broken.

Jolie is trying to break it, though. Again, she writes," I do not feel any less of a woman. I feel empowered that I made a strong choice that in no way diminishes my femininity.” The mastectomies don't make her less of a woman; instead she's empowered by her choice. She's right on the verge there of defining her femininity as empowerment—as how she acts, rather than how she looks. Having artificial breasts, or real breasts, or no breasts, isn't what makes her a woman. Gender isn't about the body; it's about the self.

In her book Whipping Girl, Julia Serrano, a trans woman, argues that every person has a "subconscious sex,” an internal sense of what gender they belong to. For most people, their subconscious sex corresponds to the gender they're assigned at birth. For some, like Serrano, it does not. But everybody has it; the gender you know you are, whether masculine, feminine, or both.

The point about subconscious sex is that it doesn't really have anything to do with what you look like—nor, for that matter, with how you act. It's not something you have to attain, whether by being brave or by wearing eye-liner, by acting a certain way or having a certain body. It's just who you are.