Physical appearance is not enough. 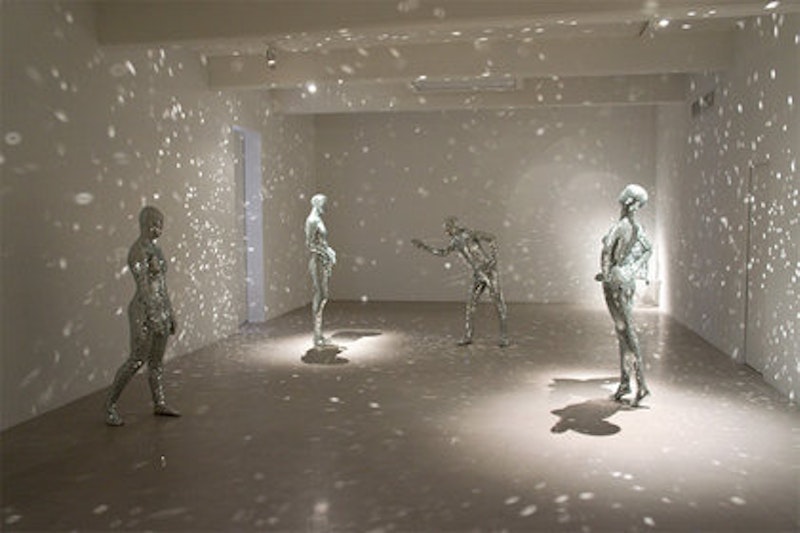 Ever since I was young I can remember people commenting on my appearance. My mother only took me to the black outskirts of town (Harford, CT) for one of two things: good Jamaican food, or a haircut. Anytime we went into the barbershop, all blacks of course, people would stare and approach my mom asking, “Is that your son? He’s so cute, look at those eyelashes.” My mother would give a routine thank you and continue on. For years my childhood barber greeted me as “pretty boy.”

In my dysfunctional childhood following all of my mother’s stuff, I switched schools seven times, and each time as the new kid girls would go crazy over my looks; writing me letters, asking for my number, and approaching me at school functions to say who liked me. It was awkward. The boys caught on and immediately faggot rumors spread like wildfire to combat the admiration from the girls. The boys always won and so the girls backed off; in fact, the girls who really liked me joined in on the gay rumors.

Today, I understand the compliments. Both men and women find me attractive. I secretly always thought that when I was ready to date men I would have no problem finding one. I mean, look at these lashes, right? Think again! Guys all give me the same routine compliments and that causes me to feel jaded. I leave the situation feeling empty, feeling like I’ll never find a man who’ll see past what’s on the outside and ask me a question of some substance on the first date. It’s this continuous balance of flaunting your big personality so men can see you’re more than just looks, but also staying cool and collected so as not to intimidate them. Pretty hurts.

From looking at my own reflection, it has become a mission to be more than what is on the outside: authentic, intelligent and memorable when I exit the room in not only my appearance but in delivery as well. I look for this same mission in a man. Some of us just don’t get it.

Physical appearance is not enough. The younger gay community looks too much on the outside, and tends to be driven by image alone; this leads to setting those strict type requirements that make it like an audition when you’re sending that first “what’s up” on a gay dating site. Being black is already a disadvantage when perusing through Grindr or Tinder in a city like Richmond! Although, some would say I slip through the cracks because I’m not “that black,” whatever that means.

Time and again I have this conversation with my straight friends and assure them that being gay is not a choice because no one would want the extra complexities from this minority sexuality. If you’re LGBTQ, you’ve struggled in some way. Our world is more superficial, image-based, and sex-driven than heterosexual relationships. Gay men throw shade, and the world “commitment” seems like a death sentence for these dudes who race to freak every man that walks out of the closet. And they think telling you “you’re fine” means they can come over! You better bring a loaf of whole grain bread to make up for the substance you’re missing.

I could just be an old soul (or a hopeless romantic) stuck in a fast paced gay-get-it-in world, but there’s a sense of emptiness that comes from meeting a man who just wants to bang because of how physically attracted he is to you. Especially when it’s obvious but you continue on anyway, justifying that you can be the one to “change” him… and you wait (forever) to exhale.

There is also a sense of displacement when you realize all your friends (often gay ones) are superficial, fashion-driven, and address individuals by physical ranking. These problems persist in both worlds, I know, but it feels more acute in popular gay culture for someone like me. We care too much about physical attraction, whether he’s a top or a bottom, and DTF before even considering any formal connection of substance. Then we lose interest when the physical component peaks and it’s over. There isn’t enough nourishment in just beauty.