People with the strictest parents are the ones who rebel the most. 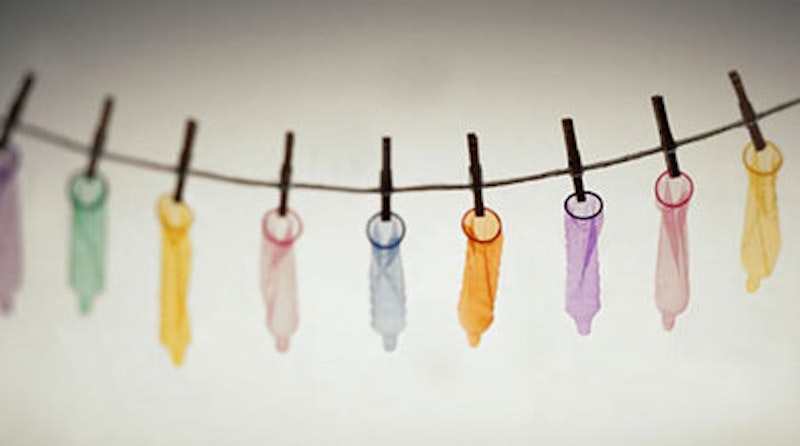 “If I have a daughter there’s no way she’s having sex with dudes in my house,” he said to his group of friends on the night bus from Dalston. I’m eavesdropping.

“I mean I don’t care if she’s having sex, but just do it somewhere else. A park, a car, I don’t know, just not in my house. Though I guess if she does it in a park she’ll have bruised knees. If I have a son, though, it’s a different story, but I still don’t want to know about it.”

One of his friends—the only girl in the bunch—chimes in.

“That’s so sexist. For me the most important thing is safety. She’s going to have sex no matter what, and all I care about is that she’s being safe,” the only reasonable voice among them said.

Sexism at the workplace is one thing, and the objectification of women is another. But I have never understood the double standard where young boys and young men are nearly always encouraged to have sex, whereas girls are usually protected from sex. Mind you, I shouldn’t really take this guy who plans to shield his illusory daughter from dicks seriously because we are on the night bus and he was probably super drunk on Pimm’s or whatever, but it’s still a sentiment I’ve heard time and again and one that really baffles me.

I don’t think any parents want to know about their children’s sex lives, just like no child has ever been interested in their parents’ sex stuff. When I had sex at home I always did it when my parents were gone. Doing anything “forbidden” should always be done out of sight, so anyone who has sex in their parents place’ when their folks are home is an idiot. But the most important thing is why it is that men are so protective of their daughters and their sex lives, whereas men are encouraged to go and spread their seed.

I was telling a Dutch friend of mine the other day about the DARE program that was big when I was in grade school, where you were taught that drugs were bad and don’t do them. Or where you were taught that sex was evil and should be had only and specifically when you are ready to have a child. Of course, the problem with this kind of ideological pontificating is that it makes the denied thing even more desirable to people, and that’s actually more dangerous than teaching people to be responsible and to make their own choices.

Instead of being afraid to talk about sex, drugs or alcohol, and instead of telling people what they can’t do, wouldn’t it be better to teach people all the options and to teach them to make their own decisions? Because they will do it. Hand-holding is never the best learning policy, and sometimes people need to fuck up a few times before they learn a hard lesson. It’s a slippery slope, because I think someone who wants to drink at a young age should get really trashed and then have a horrific hangover and learn a lesson, but then how do you remove the coming-of-age experimentation and ribald sex having from the real danger of harm, overdose, permanent STDs and all the rest?

That’s why conversation is more important than forbidding and over policing. Tell both your children they can’t have sex in your house if that’s your policy, or tell them they can’t do it when you’re home because let’s be honest: everyone reading this has had sex at their parents' place at some point in their lives—including well into adulthood!

I guess I want a more permissive environment, one where people are taught all the consequences of their actions so they can make the best decisions for themselves. Because we’re really naive if we think setting rules and boundaries means that they will be followed to the letter. Isn’t it always the people with the strictest parents who rebel the most?