No dessert for you. 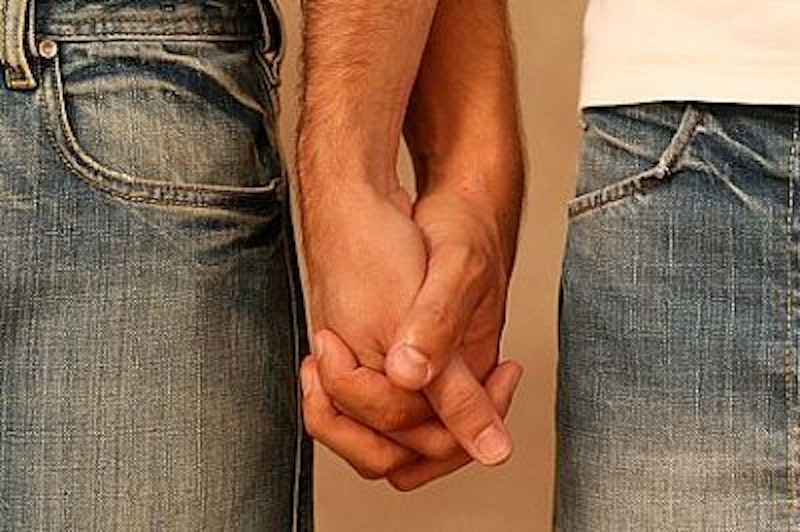 More times than not I have my life together, and so I like to observe the statuses of other people. Especially when it comes to other gay men. I find many of them need some serious side-eye (not judgment, just a look of “really, that's what you do…?”) as I take in the information. As many openly gay men do, I give a word or two of wisdom to others to support the “community.” But I feel that this community contains blurred lines of the ratchet feeding the ratchet, hos teaching charm school, and blind queens looking for a crown. Here are five things gay men do all wrong.

Set up shop in the closet. Okay, this is supposed to be a temporary living space; you're not supposed to unpack and put up curtains. You find yourself and then move out of your studio apartment and start thinking wall art, area rugs, stability! All these gay men—men who are fully grown, live on their own, working fulltime, have strong friends, and want sex—who can't go on a damn date without looking over their shoulder. Really, after college you need to get your priorities in order. These dudes take you out on a date and just as you're thinking, “he's working it, I want,” one of his friends calls and he turns… straight. I feel deceived! No dessert for you. They go on saying things like, “It's not important for you to meet my family,” or “Nothing would change if I told them I was gay.” Okay, then why don't you do it? There's only room in the closet for one, and I wish I could fit in there with you but that would involve waiting for some Cinderella miracle just for you to hold my hand outside the local fro-yo!

Rarely aim to make love: I hate that feeling after a one-night stand when you wake up in the morning and all you can anticipate is, when is he going home? I quit that life while I lived abroad, because half the time they leave you feeling lonelier than you felt before you gave them early access to hello-kitty. I had a man tell me, “This is just what gay men do, we have to have sex early in relationships, it's just in our make-up.” We were in bed when he told me this, and, like that scene in Waiting to Exhale when Robin realizes she's had enough of Troy's dirty tricks, I felt like clubbing him with one of those patio knickknacks and saying get out! I refuse to live life so black and white.

Place ass over class—every time: These are those unstoppable hos, the ones who pollute the few nice gay men in the world, like the one who told me, “It's just what we do.” A vast majority of women already call us dogs, and these men live for a treat! Guys who have boyfriends are always in “open relationships” (at least one of them is), and are so vulgar during the prowl. Like, you already have a man! Sit down. Gay men already have to deal with whether or not a man of interest is “out,” and then with the abundance of cheating it's just like, shit, I give up. My friend, an ultimate gay bachelor, told me, “I'm not the one cheating,” as defense for having partners that are in relationships. And I thought, true, but damn we are so cold.

Build unnecessary barriers: This is highly influenced by the substantial time I spent living in Asia, but it always surprises me when I meet a man who desires a double life. Not necessarily closeted, but he has no intention of connecting sexuality with emotion. In Nichome (Tokyo's gay district) men have told me, “I want to have a 'normal life' with a wife and kids, and just a man on the side, because I'll never fall in love with a man.” What is a normal life? These men do exist: they message me on Grindr! Let go and let love honey!

Think being gay is LIFE: This is a big one. No hate on my queens in this category, but sometimes I just need a break and think you need to re-evaluate. I promote acceptance, but there are divas that think that being gay is all there is to life. Everything is done to the nth degree. I sit with these friends (only at brunch of course) and pray that some man catches them off guard and they fall in love so that they'll calm down a little. All the ruthless ho-ing, Grindr obsessions, and men-drama that comes with having sex with randoms in hotel rooms, who have wives! Why do men do this? It's like they think life is one big gay club, because it's only there that it's okay to twerk on a straight man.