Young women should love their bodies and not seek attention by sexualizing themselves. 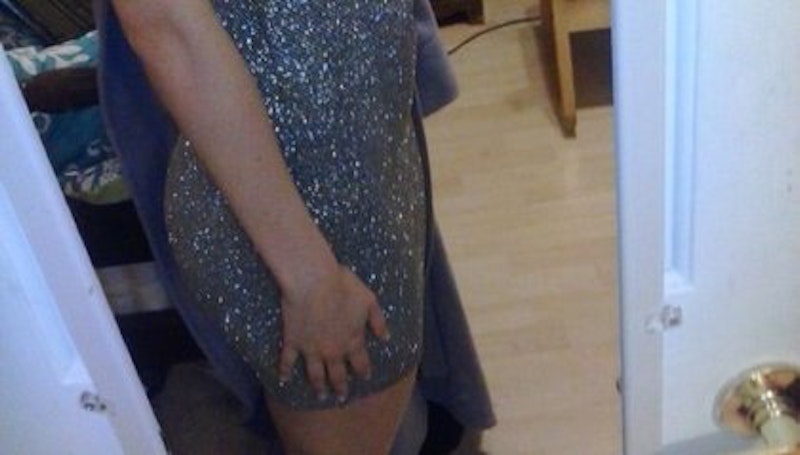 I was intrigued by a recent Gawker article headlined "Teen Girl Ejected From Prom Because Horny Dads Can't Stop Staring.” In summary, a 17-year-old girl was kicked out of her prom due to the length of her dress and the male chaperones' interest in it. The brief piece included quotes from a blog post the girl wrote. The most disturbing of these was her self-description of a "sparkly dress on and a big ass for a teenager." In that statement, was she not objectifying herself? Wouldn’t it have been more reasonable to note that her classmates' fathers were ostentatiously ogling her, making her feel uncomfortable?

Clare, the sparkly dress-donning teenager, did write an odd post. It was laden with superficial explanations ("I looked hot. Not trashy, but you definitely would look twice when I walked through a doorway.") and an unnecessary need to justify her actions. Perhaps she was unaware of the amount of attention it would attract, but that's doubtful. Her situation could’ve been a powerful opinion on women's rights. I’m not particularly dedicated to feminism, so many of the terms she used were, especially in context, not easily digestible: “rape culture” and “slut shaming," for example.

Before the prom, the faculty sent out a letter that issued a "fingertip rule." It meant no dress that fell above the ends of a girl's fingers would be allowed. I haven't read the letter, but I'm sure it failed to mention any potentially educational points about the fact that a girl shouldn't feel the need to sexualize herself in order to feel pretty or acceptable. By telling girls not to dress provocatively, they gave naive high school kids another reminder of the power of their sexuality, although in a negative sense.

Like Clare, I’m a young woman with healthy self-esteem. In 2011, I was kicked out of my prom for my dress and style of dancing and was upset by it. The difference was my response. I didn’t blame myself, or the gorgeous dress I wore. I knew the chaperones and staff were at fault. They were the ones sexualizing me. Most expressions of dance that involve a man and a woman are somewhat risqué, if not sexual. When a woman dresses up she tends to exemplify her physical beauty. Guess what? That's normal. There’s no reason that a 17-year-old girl should feel the need to tell herself and a public blog otherwise.

As for the creepy dads, they're something Clare will have to get used to. Even in 2014, there are still middle-aged men who justify their catcalls at young women. There are admirable campaigns against it, but I see or experience it every day. Although it’s a serious topic, sexual harassment is shrugged off by schools and sex-ed classes. Most girls don't know what it means. There's a lesson to be learned in this, but I doubt that many people will see it. Young women should love their bodies and not seek attention by sexualizing themselves. My generation is learning to live in a world where objectification is the norm; they don't even know that it’s wrong. Sex education needs to go beyond condoms and textbook illustrations. Teachers and high school faculty are responsible for helping young women learn to thrive in our society. Why are they making them feel like sluts?