Bennington’s journey to the end of the East Coast continues with pervert renters and avian assassins. 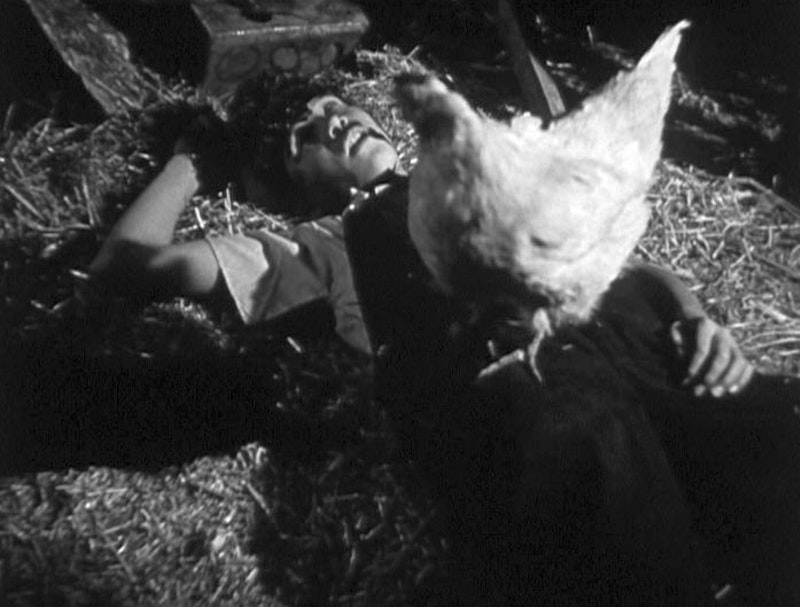 This is Part Five in a series: Bennington Unchained.

Yesterday someone told me that the only way to see into the future is to scoop up all the proteins peopled are shedding from the coronavirus vaccine. If I’m made to be understood, correctly I might add, do I gamble? Sorry, I haven’t slept much. Maybe enough sleep, technically, but not good sleep. Life as a nomad is tough, so please don’t ask me about that Frances Farmer movie. I don’t like moving images, sound, or dark rooms—so “the movies” are kind of a three-strike situation for me.

Nevertheless, I used to meet handlers and make contacts in movie theaters, back when most of the attendees were perverts or disabled children. Not many people know this, but I was in the Texas Theater when Lee Harvey Oswald was arrested, and I know that he was meant to be killed that afternoon—I saw the goony’s gun misfire. So he ended up arrested, and in what little time he had left, he was able to spill just a bit: “I’m a patsy!” Yes, Lee, we know. Now take your bullet like a man.

But not like a bird. No bird has ever died from a bullet wound with their honor intact. There’s no excuse for an avian animal to be successfully struck by a bullet fired from a gun on the ground. How do you get hit? You have the entire sky. Just fly away, it’s so easy. Yet I see birds dropping every day, more and more now, and they’re all dying from bullet wounds. I know this because I was recently forced to watch the awful 1974 Luis Buñuel film The Phantom of Liberty as price in lieu of fiat currency when one of my renters propositioned me.

“Strange,” I commented, “You said nothing to the pheasant downstairs, nor to the chipmunk bleeding to death on the side of the road. What makes you so suddenly interested in getting some strange from a rooster?” I went on, threatening to take to Twitter and “cancel him” (despite the fact that I’m STILL LOCKED OUT OF MY TWITTER ACCOUNT BECAUSE OF MY BASTARD COUSIN ROOSTER AND HIS BITCH WIFE MONICA). Human beings get scared when you say these words to them these days, and I like that. They’re becoming weaker—I like that, too.

Before the man revealed himself as a lecherous beast made of wheat paste, we watched a man calmly murder several dozen people with a sniper rifle in the aforementioned film. “Pure cinema,” the man uttered at one point, his erection already visible through his sweatpants. These are the places I hate lodging, where “everyone is welcome” and nobody gets out alive. I don’t want to have sex with my landlord, sorry. If that’s on me, that’s on me. But I don’t think it’s on me. It’s on you. And that’s on God.

People don’t mind bird murder. It doesn’t make them sick, it doesn’t make them recoil, it doesn’t make them react with rage and righteous indignation. In fact, they enjoy bird murder, or at least its primary purpose: the consumption of our processed flesh. There’s no farm that goes to a table, that’s a myth. That’s something sold to you by Communists like Fred Armisen and Lorne Michaels, people who’d rather live in a commune than in a society, like we already do. It’s not a very good one, and it’s getting worse every day, but it’s a society, and it’s ours, so that’s it, get used to it, end of story gabbaghoul.

I left the lecherous lodge and headed south toward Wilmington. One would expect a wandering rogue, a poet like me, to settle in the bars and train tracks of New York or even Washington, D.C. No—not for me. I’m more obscure than that. I like open spaces and tall, anonymous buildings with big logos on them. Delaware just makes sense, as Dr. Anthony Fauci (a friend) says. I’ve also heard the heroin is rather nice down in Wilmington, and cheaper to boot. I won’t get scammed like a certain former Howard Stern co-host, and I won’t inject any drainer fluid in search of “the greatest high.” I’m on the road, and I’m finally beyond my family: I’m a unit of one, and I’m free.