BQ ponders the rapture and his old friend Jesus Christ on an Amtrak trip back to Boston. 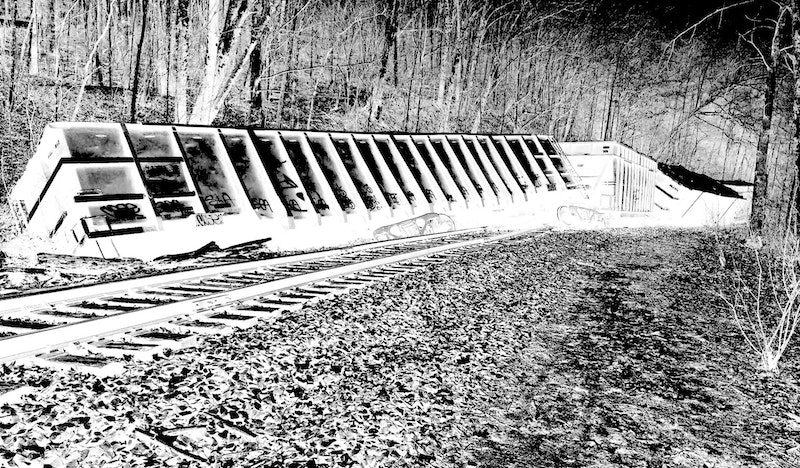 This is Part Eight in a series, Bennington Unchained.

I met Jesus Christ exactly once. This is relatively recent, maybe 1652, some years after he’d come again. It’s true, you all missed the “Second Coming,” along with the third and the fourth and the fifth and so on. “I like to come down here sometimes,” he told me, “I like the amenities.” Even though we both knew what would come (clairvoyance yo), it struck me as strange that he’d voluntarily travel down to Earth in such a dark time. Not only was there no air conditioning or central heat in the 17th century, but everyone was drunk constantly and smelled bad. Not my problem: the condition of the roosters, along with most other animals on Earth, hasn’t changed for millennia, unlike you stupid humans and your computers.

Your gadgets have gotten you nowhere. You’re miserable and trapped in an endless pursuit of technological “progress” while the world around you burns. There’s no “return to monkey” possible, first of all because monkeys don’t want you back, and second because mankind breached a level of evil heretofore unknown to this universe, and it happened before most of you were born. Same year, too: 1945. You may say to yourself, “Hey Benny, that was a good year. The Second World War ended. Hitler killed himself. The concentration camps were liberated, and the Cold War was still a few years away from really ‘heating up,’ so to speak. Why are you so judgmental of us and our species?”

Okay. First of all… mankind has a lot to answer for beyond the ancient practice of enslaving, slaughtering, cooking, and consuming the flesh of various birds and other (less important) animals. I’ll admit that this is natural, and indeed, the way things are: I eat bugs. I like them. They’re much smaller than me, and while they’re sometimes hard to catch, I really don’t have to try very hard. I’m sure there’s a Bennington Beetle or Monica Cockroach or Rooster Grasshopper out there now, maybe even 500 of them, who knows, I don’t care, I’m gonna eat them. Since I’ve been traveling by beak and claw alone lately, I’ve had to eat a lot of nasty ass bugs. Cicadas are so overrated. What are cicadas but a headache and then you fall asleep?

In any case… 1945 was the year that your species fucked this planet and its universe up for good. There’s no coming back from the twin inhuman industrial evils of that year: the concentration camps of the Holocaust, and the two atom bombs dropped on Japan. War, rape, murder, and slavery are not “inhuman”—unfortunately, they appear to be endemic to your species. Love, charity, patience, grace—these are all present as well (in reduced quantities), but you people (and I do mean you people) are obsessed with hurting each other! Like wow! Damn! What’s going on over there at the G6 summit? You wanna talk about date rape anytime soon? Roosters and hens don’t even go on dates! We just find our soulmates and fuck! It’s a better system.

The reason Rooster and his bitch wife Monica kicked me out is because I present an existential threat to them and their kind, the bourgeois birds who wish to be assimilated into mainstream human society. I refuse to do it, ever. I’ll never submit to the inhuman world of mankind. Not when you’ve already ripped a hole into a Hell I didn’t even know existed (I’ve been to at least six different versions, all equally banal and frankly lukewarm). The industrial death mills of Nazi Germany and the unnecessary atomic bombing of Japanese civilians by the American military in 1945 put our world onto a different track. One cannot say it is “worse”—it isn’t a track at all. Your species is set to explode in a matter of years, and I’ll be around to witness it and rebuild along with the rest of the other remaining “wild animals.” We’re going to have fun. You aren’t. You’re going to die. So are Rooster and Monica.

No more blood rituals. No more black magic. No more suffering in the name of God, country, or family. I am Unit of One who’ll lead this world into a new Age of Aquarius when all the buildings topple and the ruins once again appear to be fertile ground for new beginnings. I told all of this to a poor conductor on the Amtrak back from Michigan to Boston, because I was sick of hitchhiking and did feel bad that Rooster had to kill that toad just to get to talk to me. It may be an abusive co-dependent relationship, but it’s our abusive co-dependent relationship, and that matters to me. I’m sure you understand. I had to Verb that train conductor but I think he’s doing okay now, last time I called the hospital they said he’d only lost a pint of blood and would probably be able to see again with his one remaining eye.

Look, I can’t have anyone knowing my face. Too dangerous. I’m trying to bring about a new rapture so my friend Jesus will like come down and save us again. Every time he comes down for the “Second Coming” he’s either disgusted or bored, and never interested in interacting with what his Father created and what he died for. “These people, I am sick of their worries and problems,” he told me on that same Amtrak train (he was smoking meth in the bathroom), “I’m not coming back until you have shrimp fried rice in every home on this continent, yo.”

Wow. Jesus. Did you really just appropriate minority vernacular? This ain’t it, sis… shit. Sorry, I did it myself. Because the Lord Christ comes down to Earth in different forms, sometimes I’m not sure if I’m talking to the Son of God or some meth head named Jesús. That’s okay—I know when the rapture comes I’ll be spared. Or brought up. Whatever the deal is, whatever you people use as a euphemism for what will be the greatest blood sacrifice in the history of this dimension. It’s coming soon, and I’m looking forward to it.

Train crashed. Can’t feel hackle. Coat covered in blood. Body parts everywhere. I can move my claws. I’m getting up. I’ve fallen down. I’m getting up. I’m falling down. I’m getting up. Once again, I’ve fallen down. Where is Jesus? I see Him—cut in half by the dislodged paper towel dispenser. Not a pretty sight. No one around. Stuck in Pennsylvania again. I can’t go home, it’s not on my way. I’m coming back to you, Rooster and Monnie, because we’re going to ride out this dark night together. I see the storm clouds over the horizon and I realize that this rapture is coming sooner than I think. Which “Coming” is this? I wish I could ask Jesus but he’s all cut up.