A Year Of Being Single

I don’t want to grow old and lonely. 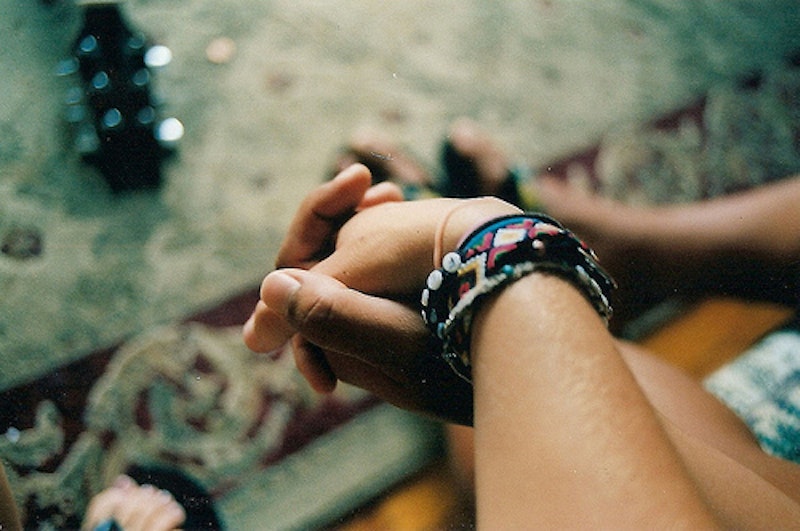 A year ago I got dumped by my boyfriend of nearly six years. Six years is a long time to be with someone who you never imagined living without. But our careers were going in different directions on opposite sides of the globe. I kept stupid secrets and was at times an unnecessarily difficult boyfriend. We were slowly growing apart because I was far away from New York in Richmond, Virginia working at a college there. I loved him with every bone in my body, but I fucked it up.

The hardest part of dealing with the break-up was that it happened during the holiday season, just days before Christmas. I went back to St. Louis to visit my grandmother, feeling completely numb and dead on the inside due to the freshness of the break-up, listening to Beyoncé and pretending to be happy as I stuffed my face with dressing and honey-glazed ham. But I was miserable. I lost the love of my life and I hated myself.

When you’re younger, relationships come and go. You date people and bounce around from boyfriend to boyfriend—if you’re even the relationship type. Maybe it works out and maybe it doesn’t. When you’re still in your 20s you feel like you’ve got your whole life ahead of you. There are plenty of people to date and there’s plenty of time to meet your new soulmate, or at least someone you like a whole lot and makes you feel good inside.

But I’m not in my 20s or at my twinkiest like I was when I met my ex. I don’t want to bounce around from boyfriend to boyfriend like I did when I was 20, like we always do. It also doesn’t mean I’m thirsty for the first hot top who knocks on my door. If anything it means I’m even pickier now than I’ve ever been.

The one benefit of being single after dating someone for so long is that you really understand what works for you and what doesn’t. You go on dates with people and start to see red flags instantly, coming away from dates thinking, “lol NOPE.” When I first moved to London, I went on a date with a guy who was extremely beautiful, like so hot, fluent in Russian and French, and had the most gorgeous eyes and flawless skin. But I told him I hated Britney Spears/pop music and it all went downhill from there.

Dating is stressful because people swipe left in real life for all kinds of reasons. It takes a while to build up a strong connection, the kind of thing where you make fun of each other, laugh all the time, cook in your underwear, where silences are okay, where you binge-watch Netflix, go on silly trips, make craft projects, fondle each other on public transportation—that type of stuff! You can’t tell if they like you or if you don’t know how to tell them you’re not into them. You don’t want to text them too much but you don’t want to text them too little.

I recently heard someone say he’s been single for four years and while I don’t believe in serial monogamy or going from boyfriend-to-boyfriend just because, the thought of being single for four years is pretty scary. Not because being single itself is scary—when you’re in a relationship you want to be single and when you’re single you want to be in a relationship—but because I’m getting older, and being lonely is the worst part about getting older.

How do you make new friends and date people when you’re a young professional, when you’re an adult and there’s no after school playground, no Lunchables to share, when you don’t have the backup of being a student to give you an instant social life? How do you make friends when everyone in your age bracket has bills to pay and children to worry about and anyway they’ve already got their own friends?

Relationships are important and they have to be nurtured by both parties, not just one person. If there’s anything I’ve learned from the biggest break-up of my life and year of being single it’s that if somebody is into you, you will know it. If they want to see you, they will find a way to see you. If they want to talk to you, they will make time to do it. If you have to wonder if they’re interested it’s probably best to move on.