How to Tell a Gay Story

Over the past decade gay people have exploded on screen. 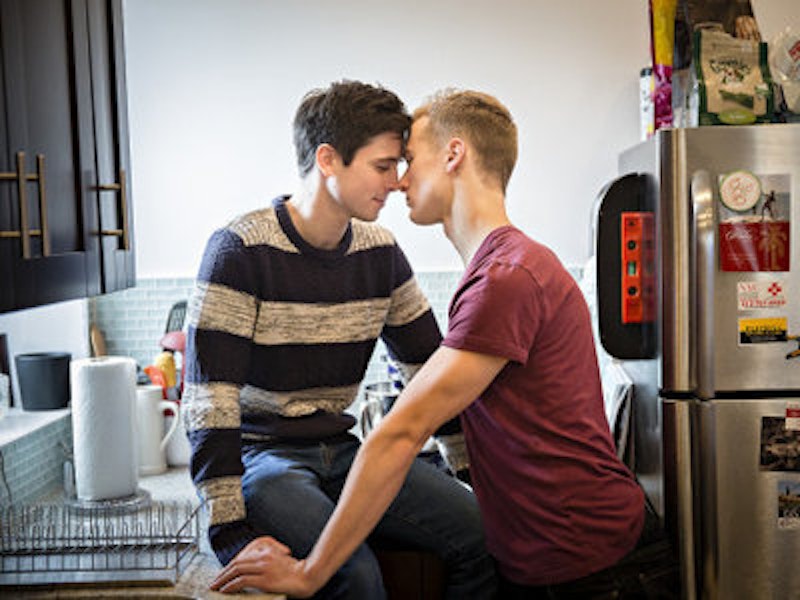 When I was growing up gay movies and television were hard to come by. I remember To Wong Fu, Queer As Folk and MTV’s Undressed, that hormonal hotbed of college-age sexual fluidity and experimentation. Things were that much worse if I ever got caught watching anything gay, so I’d peel off the identifying labels on the VHS and throw away the box or sneak the DVD in with my CDs, like I was trying to avoid being caught watching porn. But when you’re young, closeted and gay you ache to see movies about gay love, gay friendship and gay sexuality so you don’t feel so alone. You imagine one day you’ll graduate high school, go away to college, move to the big city and live an awesome gay life just like you see in the movies.

Over the past decade gay people have exploded on screen. We’re turning into drag queens on camera and we’re featured on primetime television shows on ABC. But the trouble with gay storytelling is that it generally falls into two extremes: either we’re neutered, non-sexual beings who are in sexless relationships or the story attempts to overreach by capturing an overarching gay lifestyle that is actually only relevant to very select groups of people. How many times have gay people seen images of straight people, young and old, deal with the realities of sex, sexuality and relationships? How many sex scenes have we watched in straight movies depicting the intimacy, humor and awkwardness of sex? And why is gay sex on screen nearly always categorized as porn?

I was in a big gay mood this weekend, I guess, so I scrolled through the LGBT tab on Netflix to see which gay movies they had on tap. That’s where I discovered Five Dances, probably one of the best indie gay movies, definitely one of my new favorites. Directed by Alan Brown and starring virtuoso dancer Ryan Steele, Five Dances focuses on Chip, a young, extremely gifted (and good-looking) dancer from Kansas who left home to pursue a career in dance. At 18, Chip is a little awkward and doesn’t talk all that much, and you get the sense that he is uncomfortable in his skin, as talented as he is. He’s closeted, or maybe it’s more that he isn’t sure he’s gay, and it doesn’t really come up until the middle of the film.

Richly textured, well-paced and deeply aesthetic, Five Dances is arranged around five choreographed dance sequences, or acts, and the whole thing is pretty much set around five contemporary dancers in a studio in Soho. With most of the film taking place in a single dance studio, in some ways the dancing is more memorable than the dialogue, not because the dialogue isn’t good but because the dancing is so good, making this more a movie about the visual pleasure of contemporary dance with a gay storyline than a movie squarely about the lives of gay men.

The emotional core of the film focuses on being a struggling artist in New York, when you’d much rather be gay and broke there than move back to Kansas. Then there’s the slow burning love story between Chip and Theo, another dancer in the company. At first Chip resists Theo but eventually the two become boyfriends and have deeply elegant, well-choreographed sex in the studio.

What I love about the film is that even though it focuses on a single, highly-specialized world its themes are relatable. A young, broke gay boy with a dream living in the city for the first time. The awkwardness around keeping your sexuality a secret. The first time you have sex with a crush. The power of sexual attraction.

There’s always a place for fabulous, trashy, campy gay movies that we watch and celebrate because they’re just plain fun. What we need are tender, micro stories like this, stories that think small.