"Do who you wanna do"

Dan Savage's Gray Rights Movement, OkCupid's raw data, and those who just don't feel the need to narrow it down. 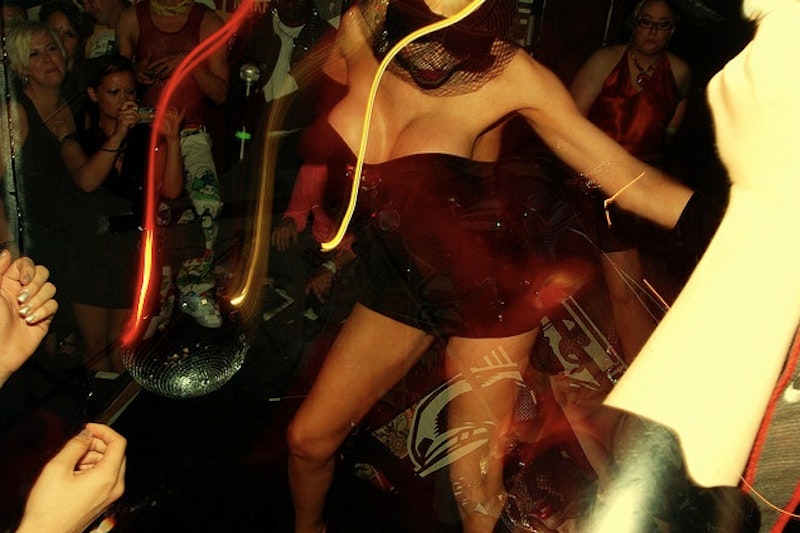 The lead story in this week’s “Savage Love," for those who haven’t read it: A married man of 16 years who enjoys some frequent, uh, extra-marital dalliances decides he’s finally going to live out his fantasy of fucking a tranny. So he does, and, what do you know, he loves it. “She had a dick, sure, but she was the hottest fucking girl I have ever seen—absolutely gorgeous.” Does this, the anonymous tranny-fucker wants to know, make him gay?

Savage’s answer is a superb navigation of our complicated sexual politics, and it’s worth quoting at length:

“Savage Love” readers—judging from the comments anyway—predictably don’t have any problem with this analysis, but I think it’s pretty obvious most Americans aren’t so open and understanding about sexuality, theirs or anyone else’s. Let’s leave aside all the gay marriage opponents, all the lunatic Christian fundamentalists who think those fucking faggots will burn in hell, all talk about Don’t Ask Don’t Tell and gay adoption, etc. etc.

I’ve rarely been confronted with outright anti-gay hatred (and I was born in fucking Appalachia), and most every heterosexual I’ve ever met tends to have an attitude of what I’ll call ambivalent schmeh: “Gay? Yeah, man. Whatever. No big deal. Do what you do.” And that’s great. It may not equal outright Ally support but it’s acceptance all the same.

And yet, even among smart hip twentysomethings, there’s still a pretty strict dichotomy: You’re straight or you’re gay. Both are fine, sure, but it’s one or the other. A guy who’s fucked guys, or been blown by guys, or blown guys, or maybe just watches a little too much Bravo? He was either experimenting and now he’s over it, or he’ll be full-on, all-out gay in a year, just you wait. I’ve heard this more times than I can remember. And, to be fair, Kinsey Scale aside, I’ve rarely met an open, self-identified bisexual, as I’ve been known to call myself, probably because we prefer not to really think about it all that much. “Don’t wanna have a miserable sex life? Do who you wanna do.” That is pretty much our motto, and most of us just leave it at that. There is, I think, a fair amount of skittishness about demarcating our sexual interests too clearly—probably because we aren’t too sure about all of it ourselves—so all-too-often we end up saying things like, “Labels are so passé,” or, “If I like someone I like someone, let’s just leave it at that.” But judging by all the angry commenters on last year’s Michael Musto blog post, “Ever Meet a Real Bisexual?”, and similar articles from years past, Banner-Waving Bisexuals are out there, and they’ll get really fucking angry if you start talking like they’re just kidding themselves.

For my own part, that straight/gay dichotomy also breaks down into some pretty heavy cultural divisions. OkTrends, the surprisingly smart OkCupid blog, did a great post about this last month. After destroying some common myths like 1) Gays are sluttier and 2) Gays are out to turn all you straight fucks into real queens (As OkTrends found, “only .13% of straight people’s profile visitors are gay”), they made two hilarious lists, Stuff Gay People Like and Stuff Straight People Like. And what are the top five things gay men like, according to the stuff listed on their profile? The Devil Wears Prada, Britney Spears, Mean Girls, Kelly Clarkson, and, curiously, The Color Purple. Yes, that’s pretty much uncomfortably stereotypical (except for The Color Purple, what the fuck's up with that?), and frankly I can’t relate; all that shit is miles from anything I want to associate with, which is probably another reason I don’t often say, yes, I’m also attracted to men. Maybe that’s tacitly self-hating, I don’t know.

Anyway, kudos to Dan Savage for laying it all out clearly and sensibly; in the middle of straight/gay there’s a whole lot of desire and attraction and fetish and weird kink that doesn’t offer itself up to easy definition, nor should it.