Chelsea Manning Even Scares the Shit Out of "Progressives"

Take a breath and calm down. 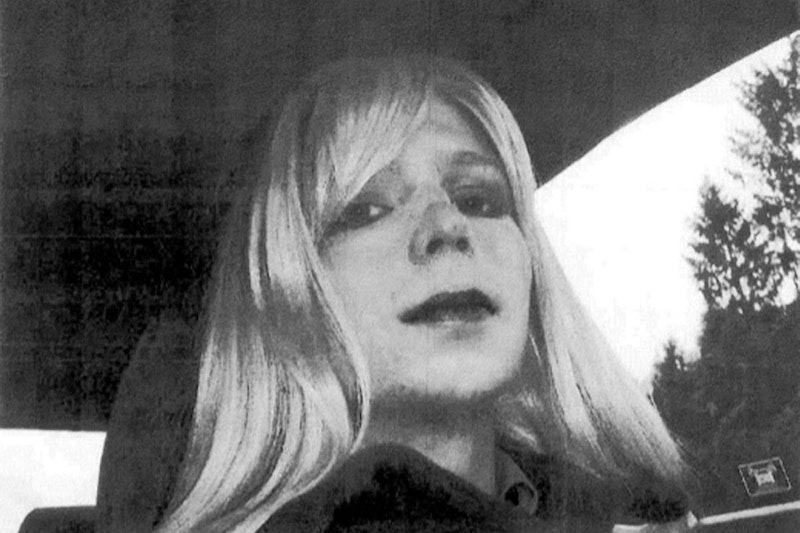 Check out some comments from the Huffington Post, Gawker, and Politico to see how rattled some people are about pronouns:

“According to the story, the AP Style Guide says it's correct to continue with he and him until he has ‘acquired the physical characteristics’ of a woman. As that hasn't happened yet, HuffPo may be jumping the gun...”

“/snark
We could just use ‘it’ instead
/snark”

“Interesting that this burning need to lop his dick off only came after it would become the government's responsibility to pay for it. Just send him a pair of scissors and be done with it.”

“Kickstarter is a very good option.... as a starting point. Especially if she can figure out a way to have a real whistle ‘built-in’ to her new ‘equipment’ and make it into some sort of ‘documented case study.’ That way, every time the new jailhouse hoe gets banged, over the next 35 years, her built-in ‘whistle’ will blow all by itself and everyone will know that its happening.”

And these all come from sites that brand themselves as leftist and “progressive,” but gender dysphoria is too much to take for a lot of people. It’s shameful how Chelsea Manning’s announcement was reported by major outlets like The Wall Street Journal, The New York Times, NPR, The Today Show, the BBC, ABC, CBS, and CNN, who all referred to Manning as “he” and lines like “He has decided he is a woman, so he has chosen to live life as a woman.” The people writing these stories aren’t deranged enough to write out some insane de Sade-esque prison rape fantasy then rub one out like most of the commentariat, but their pronoun choice betrays their discomfort or confusion with the concept of gender dysphoria. It’s not a mental illness, it’s not a perversion or deficiency or the consequences of “a decadent lifestyle,” but an extremely unfortunate internal discombobulation, where one’s physical sex and internal gender are in opposition.

This is confusing and scary to people who are “doing just fine.” Latent transphobia exists in places and people you wouldn’t expect, not necessarily out of hate, but ignorance. I think the concept is threatening. I’ve heard a lot of people make one of the arguments above, along the lines of “Well, I sympathize with their feelings, but I feel that what you have physically is what you are and you can’t really change that.” Ralph. This is nonsense. It’s arrogant to put down a medical disorder without any thought because it challenges our fragile, ostrich-like worldview. The treatment for gender dysphoria is so primitive, and major columnists are still stuck in the “yuck” phase of their perception.