I can’t wait until it’s not news anymore. 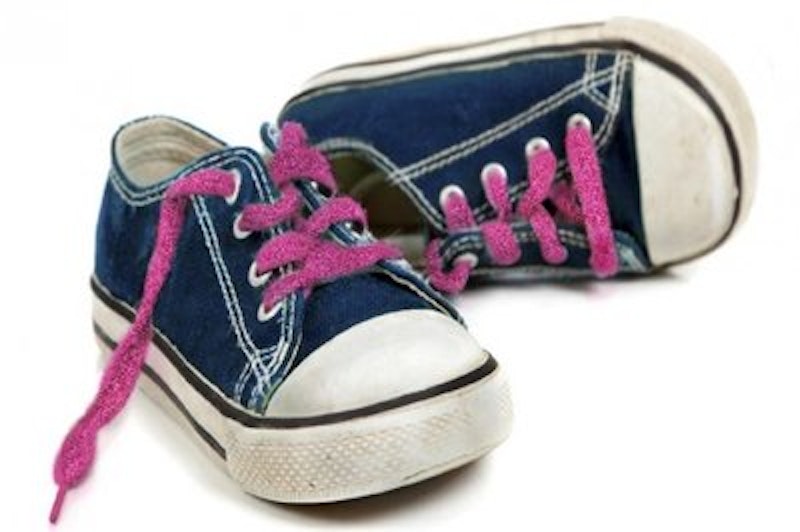 Remember the story about the little boy dressing up as Daphne from Scooby Doo? The one where the mom is painting her son’s toenails pink? The parents who filed a suit so their transgender son could use the girls’ bathroom? The other one about that other boy in the pink dress?

These stories come and go in the media, and in the most recent one from Time magazine “Boys Who Wear Pink Aren’t Just Internet Sensations,” Lori Duron (author of Raising My Rainbow: Adventures in Raising a Fabulous, Gender Creative Son) who shed Internet anonymity to "come out" as a mom of a gender-nonconforming son, writes:

Gender variance or a transgender identity occurs in as many as one of every 500 births—making it more common than childhood diabetes. Gender-nonconforming boys have the highest rate of suicide attempts in the world... More than 80% report being harassed at school and, even worse, many are harassed at home... As they grow, gender-nonconforming children need to feel safe and understood. We help them when we stop seeing femininity in males as weakness and when we realize that colors, toys and clothes are for everyone regardless of who they are marketed to.

I have a dog in this fight myself. Although I had initially hoped my son would be gay, he cares more about the Ravens score than what he wears to school and in a recent trip to New York, chose the Orioles-Yankees game over seeing Wicked on Broadway, so it seems my hopes may be dashed in that department.

However, I have a transgender brother (born as my sister) as well as a transgender uncle (he used to be my aunt). So my family has experienced first-hand what it’s like to have someone identify with a gender other than the one in which they happened to be born. I think it takes a lot of guts to change genders. It would be far easier, in my opinion, to remain the gender you were born with even if you hated it than go through the social agony of making the switch.

The hardest part for me was simple: the pronouns. In the beginning, I accidentally invented the words “brister” (brother/sister) and “ancle” (aunt/uncle) just by tripping over the words I was trying to correct; our brains are so hard-wired: “he/him” vs. “she/her” were the trickiest. Interestingly, my kids did better. When I told them that their former Aunt was now their Uncle, they just sort of shrugged it off and never made a pronoun mistake.

The Daphne/Scooby Doo costume mom, Sarah Manley, wrote about the experience of letting her child dress as a different gender:

I think what became so clear to me from this experience was that children are not born hating anything just because it’s different. They learn it. And with the ever increasing list of child suicides tied to bullying, it is a cycle that must end. It is our job as rational human beings to teach our children and those around us that it is O.K. to be different. It’s O.K. to not conform to every single thing. It’s O.K. to be who we are. We can’t bow to that lowest common denominator.

When I saw the Time article, my first thought was: I wonder how many stories in the media about accepting transgenders it will take before it just isn’t even news anymore because we’ve all accepted that sometimes people aren’t the same gender as when they were born, so what, no big deal.