A Brief History of S&M in America

The ritualization of slavery and torture loses its cachet when it is mainstreamed. 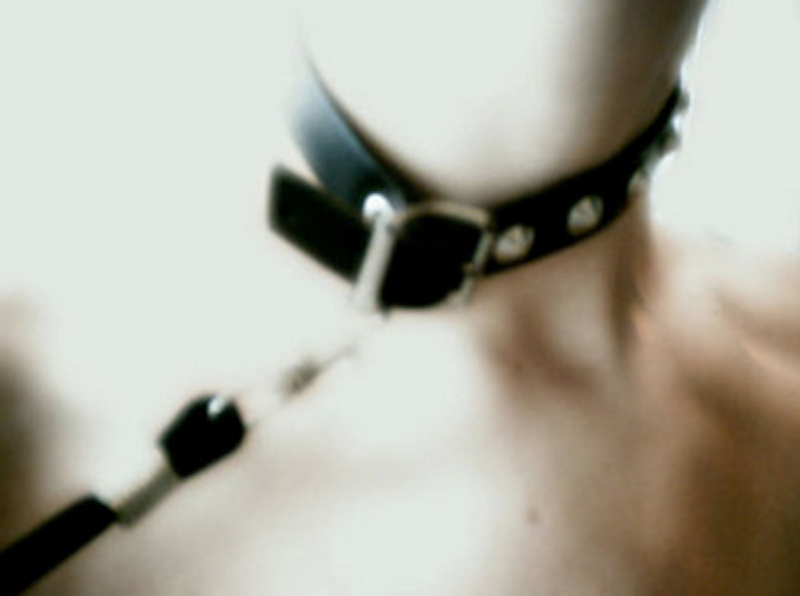 I hate the word “masochist.” It implies a fondness for turgid prose and lugubrious romance. Leopold Von Sacher-Masoch was the worst writer this side of Edward Bulwer-Lytton, and his sense of what constitutes “romance” clearly indicates lead poisoning or possibly even mercury exposure. “Algolagnia” is no better: it sounds like some kind of eating disorder. Just pronouncing it out loud makes me feel vaguely bulimic. In my particular case, “slave” or “submissive” are even more ridiculous. I’m about as submissive as a cat, and I grew up on the road, touring in shows, with room service and catering. A decent slave would be versed in things like making beds, dusting, vacuuming, laundry, things like that. Domestic chores. I am completely ignorant of that stuff. In my own life, I farm it out as much as possible. I use throwaway plates, bowls, cups, and utensils, and I do my laundry like a college kid. I don’t sort it and I don’t fold it. I hire somebody cheap to come in and clean my apartment when I deem that necessary.

I don’t like being categorized, and self-categorization is merely a way of limiting yourself. I don’t even identify as this meatbag I’m trapped in. Maybe “I” am mostly the advanced sentient hives of bacteria in the gut, chattering away like some microscopic organic Facebook. Maybe my brain is just a server farm in the Menlo Park of my body. Things change. As Richard Bach once said, “Argue for your limitations and you get to keep them.”

I’ve been quite open about my sexuality since high school. I took a lot of hits for it, both literally and figuratively, but being beaten up occasionally by closet-queen hypermasculine morons and shunned by tightassed crypto-Puritans was easily eclipsed and outweighed by the incredible sexual adventures I was having. I consider myself blessed to have come of age in those halcyon years between The Pill and The Plague. You who came later shall never live so loose, nor so large.

I first set foot in an S&M club on March 28, 1979. I remember the date because that was the night that a partial nuclear meltdown occurred at the Three Mile Island nuclear facility in Pennsylvania. I’d had a lot of thrilling experiences with friends and lovers, including a tumultuous three-year relationship with a gorgeous and utterly demented thwarted ballet dancer, and I’d been exhibited at private parties, but I’d never been to an actual club before. I’d visited a few gay S&M bars, but I’m predominantly attracted to women, and I found the lack of hygiene on the gay circuit appalling.

Every Thursday night, Chateau 19 occupied the premises of a swinger’s club called Night Moves on 19th Street in Manhattan, a couple of blocks west of the Magickal Childe bookstore, where I was working at the time. It was clean, well-lit, and well-appointed. The crowd was cool. One of the guys that ran it belonged to Anita Pallenberg’s coven up in Westchester. I’m pretty certain that it took less than two hours for me to wind up stripped and bound to a twelve-foot ladder by a beautiful Italian dominatrix who called herself “Parvati.” She worked me over until closing time, admiring and testing my endurance, then took me home to her place up on Central Park West to harvest the fruit of her labors.

I became a regular there, every Thursday night, until I hooked up with the woman whom I’d eventually marry, Bonnie Wilford. We met through the Magickal Childe. She was living upstate, in Kingston, and our time together was sufficiently intense and rewarding as to require no outside stimuli. By the time we moved back down to the City, Night Moves, the legendary Plato’s Retreat, and every other sex club in NYC had either shut down or been shut down by the health authorities in the wake of the as-yet unnamed “gay cancer” epidemic.

Flash forward to 1992: Bonnie and I were back in NYC, living in a 1400 square foot loft in Dumbo, three blocks from the East River. The loft was two stories high, and we had a trapeze hung from the rafters. By this point, we were blazing a whole new path with the OTO, grafting Crowley’s original theories about sex magick onto our own increasingly extreme practices of female domination and ritual torture. I was out touring with various tented spectacles most of the time, but when I was home, Bonnie would hold these salon affairs where she and her girlfriends would work me over for extended periods of time in the pursuit of kicks and empowered transcendence. I spent a lot of time hanging from that trapeze.

In 1993, we discovered a new club in the Chelsea district of Manhattan called “Paddles.” Paddles catered to a mixed crowd, predominantly hetero and bisexual, with a heavy emphasis on female domination. In a society as regressively patriarchal as ours, the public expression of gynosupremacy at the most primal physical level was a unique form of ecstatic subversion, a Situationist reversal of the ossified power dynamic inherent in all mainstream expressions of sexuality in America. Bonnie would take me there with her posse and we owned the room. The crowd was attractive, and so were we. We got to be regulars there. There was a total lack of pretension on that scene at that time. There wasn’t a lot of costuming: most people wore regular street clothes, or office wear. The obesity epidemic had not yet kicked in, people were hot, and tattoos were still an unusual affectation. I was totally buff, ripped abs and all, thanks to the circus. My pain threshold was off the scale. I could take anything short of dental work.

Bonnie left me in 1997. Her father had always disliked me, and he bought her a house in Sarasota, Florida, just as I was taking off as a writer for the New York Press. His timing was exquisite. There was no way I was going to abandon a gig with the New York Press to live in Sarasota, where the best job available to the likes of me was clerking a Barnes & Noble for minimum wage and maybe running off with a mudshow for six months of the year. I let her go with the admonition that as a cancer survivor, the choice of Sarasota was a uniquely self-destructive move to make, given the atrocious quality of the tap water there, thoroughly polluted by lawn chemicals and far worse than the water in Los Angeles: not fit to drink, not fit to cook with, and not fit to bathe in. Unfortunately, Daddy prevailed. She’d always wanted his approval, and after four marriages, she finally had it.

I disengaged with a lot of things for a while after that and hung out a lot with Daisy. She wasn’t really into the S&M thing at all.

It was always fashionable in underground circles, but it had begun to surface in a big way at the turn of the current century, and by 2010, it was fully mainstream, but with a truly nasty wrinkle: it was nearly all male dominant, and incredibly fat. The casual intersections of the science fiction RPG-playing cosplay occultnik crowds with the S&M crowd had resulted in full assimilation by psychopathic and often autistic vengeful nerds obsessed with protocol, gadgets, and costuming.

Suffocating with boredom in the cultural void that is Silicon Valley, Daisy and I ventured forth into the local scene. There were a couple of clubs up in San Francisco, but they had dress codes and heavy cover charges, and with parking and driving, staying home with pot, TV, and a case of PBR looked altogether safer. I joined up with FetLife to scout the area. FetLife is like Facebook for pervs.

We found a local gay bar in San Jose of some repute that hosted a primarily hetero-bi night of S&M action once a week. Daisy went as a spectator and to immune me against the straight-up shit-on-the-wall status reserved for unaccompanied men who are not either visibly wealthy or built like Greek gods.

I needn’t have worried about the Greek god part. I was the only man in the room with a BMI below 25. Daisy was the only woman in the room with a BMI below 25. I’m not talking about muscle, here. I’m talking leather-clad dirigibles with cellulite-infested flesh hanging out. Consequently, the bar got crowded fast. Luckily, there was a spacious smoking pavilion outside, sparsely populated owing to superstitions prevalent among white people in California regarding tobacco. The crowd was entirely white and Asian. The conversation centered around games and tech, subjects about which I know nothing, by deliberation. They might as well have been talking about football. There were nerdtech Juggalos, with Juggalo tattoos. One collared young woman on a leash who must have weighed 300 pounds had a tattoo of Freddy Krueger’s face on one knee, and Pennywise the clown from Stephen King’s IT on the other knee. We tried other venues, including a convention of S&M types in a four-star hotel and a high-end club in San Francisco. It’s the same all over: Revenge Of The (Male) Nerds.

What I find profoundly disturbing about the mainstreaming of S&M is its synchronicity with the open admission that torture is official USA policy. That convergence is historically ominous, a sign of severe decadence and terminal hubris. This country has always employed torture and slavery as tactics: witness our abominable prisons. The ritualization of slavery and torture loses its cachet when it is mainstreamed, even more so when it becomes an acceptable stylized and costumed peasant mockery of the more lethal games of our contemporary self-appointed Aristoi.

I’m avoiding that scene, with its morbid obesity, its fascist couture, and its boring protocol. Its unwitting endorsement of the status-quo is anathema to me. Intimacy is the new transgression. Compassion is the vice of kings.