You Bet on the Wrong Horse

Five unlikely video treatments for Lee Ranaldo’s “Xtina As I Knew Her” (Matador). 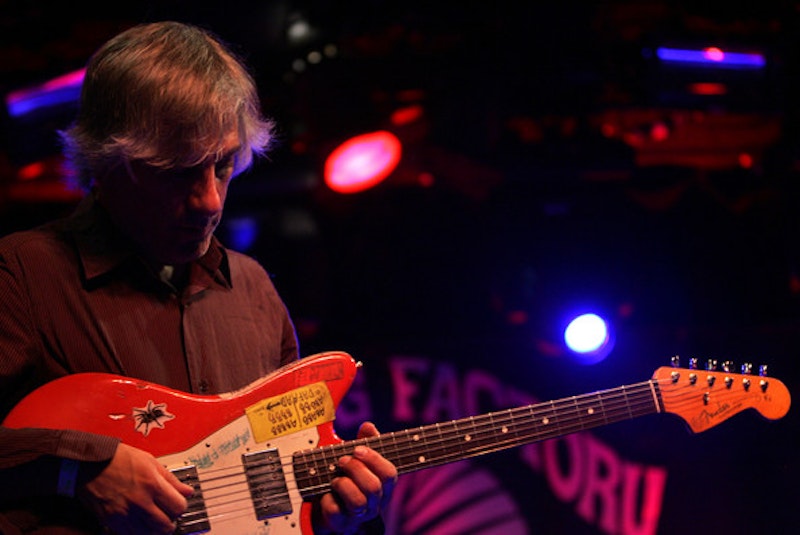 I. A random episode of Property Virgins (HGTV) serves as an illegally appropriated backdrop for a drastically foregrounded Lee Ranaldo to smash guitars and kick over massive stacks of amps and “fondle” hostess Sandra Rinomato while not even pretending to lip-sync to “Xtina.”

II. Lee Ranaldo wanders along a dusty highway in flannels at dusk, an acoustic guitar strapped to his back. He’s wearing a frayed straw boater and a Born To Run tour t-shirt, and his lips are chapped; you get the impression that he’s been on the road for a long, long time, in all sorts of weather. He sings “Xtina” into a camera that’s keeping up with him. Every 30 seconds or so, the video teases a fade-in to a darkened suburban ranch home, pulling away before the image can resolve itself in any satisfying way. Ranaldo, meanwhile, maintains a gruff, frustrating seriousness throughout the video that has the effect of making the song seem much, much longer than its actual seven minutes. So it’s no small relief when, at the end, someone in the film crew makes an Jack Kerouac joke that cracks Ranaldo up as he fumbles to unwrap a vegan granola bar.

IV. The first 30 seconds: a generic cross-section of hackneyed Can’t Hardly Wait/American Pie drunk-teen reverie, as viewed from outside of a house. The next five minutes: a dead-eyed crusty punk smashing that house to pieces with a crane and a wrecking ball. The last 90 seconds: that crusty punk is actually Zac Efron.

V. Picture it: Ranaldo and Drake in Versace tuxedos, dourly smoking cigars and sipping red wine in a club’s VIP area after their dates stand them up. Bitter, the pair turns a scene of pure, 1-percenter languor into a sommelier’s nightmare, smashing case after case of 100-year-old red wine into the wall next to the table where Kim Kardashian and Zadie Smith are sipping scotch and comparing nail polishes.