The Architecture of Culture and the Specter of the Dissident 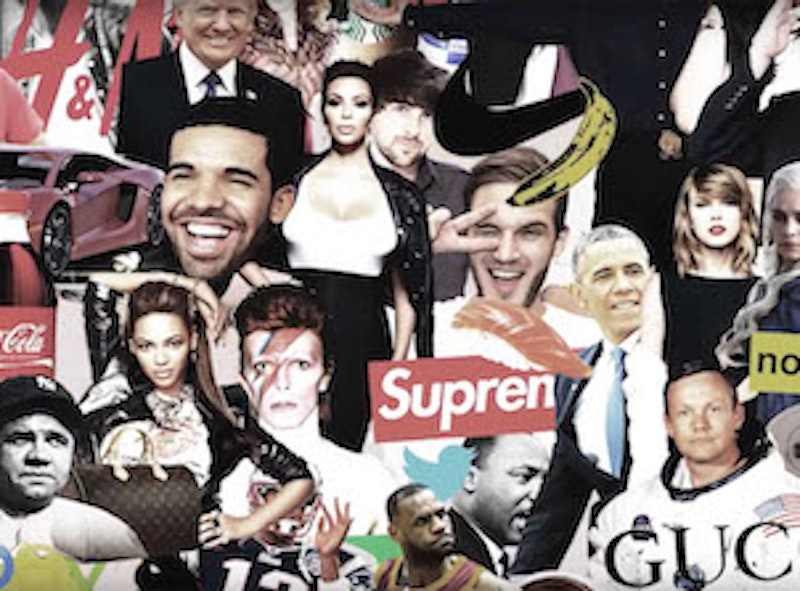 Much like history is the architecture of civilization, fashion and music are the architecture of culture. As trends within the fringes of underground fashion and music scenes, they later become adapted by the entertainment industry. Finally, they become tools of the state. What you experience at a goth club or rave will morph into a film 10 years later, which will be followed by some high-level government officials crafting some new obnoxious policies. It’s a cycle of trends passed around and polished as they lose their essence.

In the William Gibson book Pattern Recognition, the protagonist character Cayce Pollard is coolhunter. Her job is to scout for trends on the fringe and report back to her company Blue Ant about her market research. Pattern Recognition was a work of fiction. Or was it? Culture is created through fringe actors who interact with coolhunters that report back to various industries (both tech and entertainment) that inspire the government to make their laws. The root is lost but the message spreads.

In The Illuminatus! Trilogy by the late Robert Anton Wilson, it’s stated, “Communication is only possible among equals.” This means that the people on the top of the pyramid can’t interact with the people below them, as these people are afraid to report back with the truth. This very fear prevents them from saying what’s on their mind, and those at the top will never find out what the bottom people (or even the middle) believe. The solution? Enter the Specter of the Dissident.

The Dissident is a user persona, which is why it’s yet another specter. It’s an archetype come to life, as nothing is sacred in this postmodern free-for-all. For every 100 dissidents, roughly three are going to join the wider culture and its architectural body. We can review these three subtypes of dissidents and their fluctuating patterns. Specimens aligned, action!

Dissident #1 will join the culture because they are welcomed in. Their deviant behavior is reformed through positive incentives, and they’re utilized in order to contribute to the culture-in-itself. In other words, the underground fashion design or musician skips past the coolhunter and maybe even the entertainment manager. They are recruited immediately for a job at the CIA. In a less diverse scenario, the coolhunter would be promoted into Hollywood. These transitions of the culture-as-architecture occur through Dissident #1 acting as the oppositional seat at the table.

Dissident #2 will join the culture because they are welcomed in. Their rebellion is used in order to contribute to culture-in-itself, much like Dissident #1. Yet their deviant behavior is not reformed in this case, and their negative feedback quickly gets them disposed of with the useless 96 others dissidents, despite them being the original musician or fashion designer. They end up leaving the culture in anger and joining the herd. (Alt-right/Antifa/anon/non-players/etc.)

Dissident #3 goes through the same pattern as #2, but instead of joining the 96 they begin crafting new cultural architecture. They may or may not weaponize the 96 other dissidents. Their deviance is scaled for optimization through both their new recruits and old alliances. The old culture gets replaced because it’s unable to endure the severity of the new culture that contains more active dissidents. (More underground musicians/fashion designers are here, and the coolhunters who are just starting out rum rampant.) This selection of elements leads to a calculated growth. Dissident #3 understands what’s going on with the margins that the mainstream film companies and government officials do not. Nevertheless, the underground musician still has their album stolen by the mainstream record label and the stadium tour is announced for the government officials.

Since culture is the occult force through which the political atmosphere is transformed, it’s through this Specter of the Dissident that government officials are able to decay underground ideas and assign them to their troops. While their officials are sent out on the field to scout the raves for new ideas, the dissidents are picked out of the mosh pit and assigned new positions in order to adapt to the culture-in-itself. As the underground actors takes the risks, the state actors sit around waiting for the risk-takers to fail and the coolhunters to bicker. The government welcomes the rave into the protocol.

—Rachel Haywire is a futurist and designer who is running for President of the United States. She’s the author of The New Art Right and the Founder of Trigger Warning. You can follow her on Twitter @BeyondTheCenter.