Not sure why, but Uber weirds me out. 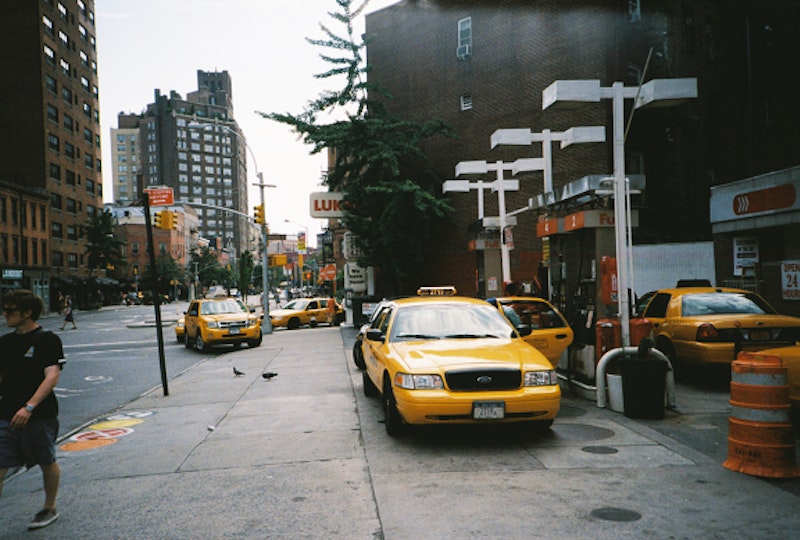 Uber weirds me out. The whole thing makes me uncomfortable. Lyft too. Even the concept, which is a brilliant idea for a company, makes me queasy. I don’t know why, because I’ve been riding in cabs my whole life, and took one to school with my brother and dad almost every day of elementary school in Manhattan. I have lots of memories of long cab rides from Tribeca to the Upper East Side where my dad would point out buildings or cross-streets of note: where John Lennon was murdered, the Flatiron, old apartments, good diners. I remember finding out about and discussing the Columbia Space Shuttle disaster, Pete Townshend’s child porn charges, the death of Left Eye from TLC, and the October surprise in 2000 about Bush’s drunk driving record. Taking a detour to see the Christmas tree at Rockefeller Center was always a treat.

So paying a stranger to drive me around is not what’s weird. I’ll admit that my logic might not hold up for anyone else. For example, I never wear a seat belt in a cab, and it feels wrong and I don’t know why. Growing up with the Manhattan taxi system might’ve skewed my perception but Yellow Cab in Baltimore is fine! There’s an app that finds whatever cab company is in your area, it’s called Curb, so fuck your Uber. My experience is limited, but I’ve hopped along on a few Uber and Lyft rides, and it was as off-putting as I imagined.

Uber is a strange company, too: as revealed this week, they wanted to persecute and publicly humiliate journalists who criticize them; the whole notion of surge pricing is absolutely ridiculous, sneaky and nasty, and they don’t even train their drivers. Uber drivers have propositioned several women I know. I don’t like the idea of rogue drivers protected by the Uber seal of approval who might be creeps. It’s disturbing to the bone and what with all these bad stories coming out I feel like my intuition is right! I respect an institution like Yellow Cab because they have accountability, they train their drivers, there’s a community there that’s absent with Uber or Lyft. When Uber exploded, people reacted as if cabs never even existed, and most people I know here don’t even consider cabs as an option. What’s up with that? What are the illogical and irrational hang-ups that you have about taxi companies? Every cab driver I asked about Uber—why they thought it was so popular—said that people think Uber is “clean” and it’s about status and that cabs are “dirty,” which makes no sense.