The Girlie Shirt and the End of Everything

If you believe in global warming, how can you bother about a shirt? 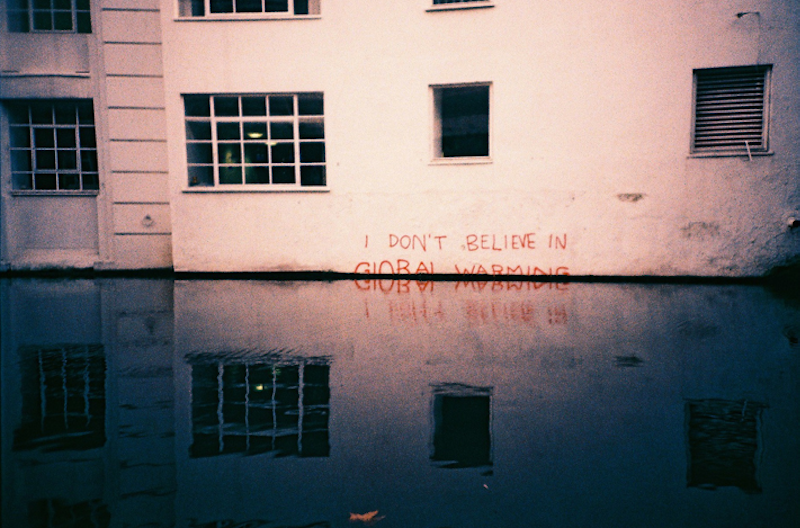 Many people have asked why a shirt covered with girlie pictures should get such attention. Look at the big picture, they say. The fellow wearing the shirt just landed a probe billions of miles from earth. Blasting him about his sexy-gal shirt seems trivial. Of course, the man himself, Dr. Matt Taylor, doesn't think so, since eventually he broke into public tears because of the onslaught. But being on the receiving end of punishment tends to narrow the focus. The people who really cared about the shirt, anti- and pro-, had a nice narrow focus from the start.

Silly next to those billions and billions of miles. On the other hand, everyone says our globe's climate is about to give way. Space miles ought to look theoretical and remote next to that idea. I suppose. I'm more of a shirt/anti-shirt person; that's my level. Big stuff involving physical realities—stupendous, overpowering physical realities on a scale greater than any that I'll ever know—that's all a bill of goods that I take on credit from the people who know. Scientists, really. But the scientists are the ones getting loudest about the shirt. And they're the ones who spent years contriving for that probe to land so far from home. How do they concentrate? If I thought the planet's roof was about to give way, I could think about nothing but that situation and what it meant for me and mine. I wouldn't be able to spread my energies around. I'd be locked into a scramble to head off the disaster or find some way to survive it.

I don't mean that global warming is a hoax and nobody believes in it. More like believing in it seems beside the point. I believe in global warming about as little as you can without shifting into neutral. That's because any opinion I have about climate is undergirded by the awareness that I'm scientifically illiterate. That undergirding takes up a lot of space; the opinion itself is a measly thing, a shrug. But raise a person's degree of scientific knowledge, increase their certainty, and you have a scientist, somebody who believes we're living through a historic world crisis but who leaves it at that and moves on to other things: shooting objects at rocks, fussing about future production of women PhD’s. Scientists get impatient with people who don't take their word about climate peril. But then they go about their lives, just like anyone.

I know a lot of old people, and they follow TV shows and worry about the branches of their trees being properly trimmed. They're going to die soon, but they wonder what's up with Colbert's move to a new show. Think back to the first time they saw Colbert, and they're looking back over more years than they have left. To me it makes sense that scientists, the one slice of humanity best primed to appreciate our current crisis, would be able to put the matter aside and fiddle along like everybody else. We don't listen to them, really, because nobody is voting out anti-green politicians. They don't listen to themselves, the way most of us don't listen to ourselves when mortality is the subject. All in all, taking into account the scientists and the rest of us, it's like humankind has figured out why it's dying and what it has to do to live, and yet we still won't do it.

Smart as mankind is, it can't get its act together, just can't get its head around the situation. It can never be as smart as it needs, and I bet we're all going to die. Of course, that's a bet nobody loses.