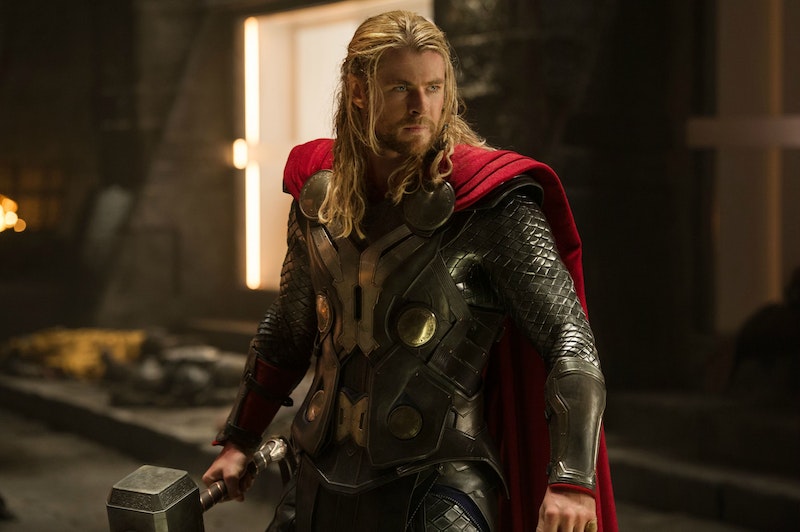 Why not take a break from political warfare and spend the weekend contemplating this week’s strange superhero news items? Well, there’ll still be some politics, I admit.

X-Men: Apocalypse is Okay. Not bad. Not in any big way surprising, either. It’s okay. Like a slightly less-fun Captain America: Civil War. It once more manages—this time for sure, I think—to leave us confident the next ensemble X-Men film (likely set in the 1990s) will feel like the team in full bloom, with about nine members. And I’d still like to see at least one of these films done with extremely colorful costumes.

DC Comics’ one-off Rebirth comic this week shocked me. There was, for once, no drastic reinvention of their characters or the fictional cosmos they inhabit. Rather, there was a meta-fictional last-page revelation (meaningful to veteran comics readers, at least) of which villains are responsible for arbitrary-seeming prior revisions to the heroes’ backstories. And the most shocking thing is that the villains’ identities tease the brain with worries about intellectual property rights for a split second... followed by the worry that all this hints at a war among comics professionals for the soul of DC Comics... followed by the realization it may really be a metaphor for a war between the writer of the comic (upbeat nerd DC co-head Geoff Johns) and director Zack Snyder over how light or dark the DC movies will be. Like The Matrix, this worked on multiple strange levels.

Meanwhile, Marvel wants you to think Capt. America has turned evil. How many times are you going to fall for this sort of thing? They mentioned the reality-altering Cosmic Cube right there in the story, as well as a couple sidekicks you obviously never heard of before. It’s temporary, like everything else.

Alan Moore’s comics miniseries Providence is the only thing to which I’m truly loyal these days. It depicts the geographic settings that inspired H.P. Lovecraft’s horror stories, including the eponymous Rhode Island city where Lovecraft grew up—and where I’ll be at a no doubt spine-chilling college reunion this weekend, if anyone’s trying to locate me. My plan is to argue with leftists while I’m there, just like in the old days, but this time to wave around a copy of my new book on libertarianism.

Even Ragnarok next year, the death of gods such as Thor in Norse prophecies, will probably look mild compared to Emmerich’s devastation. But Thor: Ragnarok may surprise us by making more entertaining use of Jeff Goldblum than Emmerich has. Goldblum has just been cast as the deadly-games-orchestrating alien Marvel villain the Grandmaster, alongside Norse gods Hela as played by Cate Blanchett and Skurge the Executioner as played by Karl Urban. With the film already a fun-sounding Thor/Hulk buddy film, I look forward to this twilight of Asgard.

Good Marvel casting news continues with Michael Keaton reportedly playing the elderly, winged villain the Vulture in next year’s Spider-Man: Homecoming. Once more, fiction flirts with meta-fiction as the art of Birdman, which imitated Keaton’s life by depicting him as the sort of aging actor who once played Batman, gives way to the reality, so to speak, of Keaton playing the Vulture. I wouldn’t complain if there were a campy “bat, bird, vulture, whatever you are” joke tossed into this Spidey film somewhere. It’s almost mandatory—Batmandatory, you might say.

Sadder is the news that David Hasselhoff claims to be down to his last $4,000, largely due to alimony payments. Marvel could give this story a happy ending, too, by casting him in their TV show Agents of S.H.I.E.L.D. He was, after all, TV’s first Col. Nick Fury. I swear, back in the 1990s. Look it up. And it was written by David Goyer, the man who went on to script the Nolan and Snyder Batman films. Maybe they could depict Hasselhoff as an imperfect Life Model Decoy duplicate of Samuel L. Jackson’s Nick Fury—and change the name of the flying S.H.I.E.L.D. Helicarrier to the HOFF-ercraft!

Rock stars are not too cool to write comics these days. The only comics series I plan to buy regularly after Providence ends is DC’s new version of Doom Patrol, which will be written by My Chemical Romance lead singer Gerard Way, who has steampunk-like hipster sensibilities apt for this gig and did a fine job with his own series, Umbrella Academy, a few years ago.

His friend and mentor Grant Morrison is my favorite comics writer. Now editing Heavy Metal magazine—and himself an alternative rock performer back in the late-80s—he’s supposed to find time to write a graphic novel starring the multiverse-hopping speedster character the Flash for DC next year. With the whole DC Universe getting more meta-fictional, Morrison may be forced to invent meta-meta-fiction, and I think he’s up to the task.

All these projects must be completed before DC’s Cyborg movie in 2020, though, since I suspect by then the post-credits sequence will consist of news footage telling us that all superhero and sci-fi stories have been rendered obsolete by tech advances in the real world, and the audience will be directed to local cyborgification centers for upgrades. The superhero fans, at least, will be emotionally ready.