Wonder Woman In The Age Of Radical Transparency

And why the nerds can't handle it. 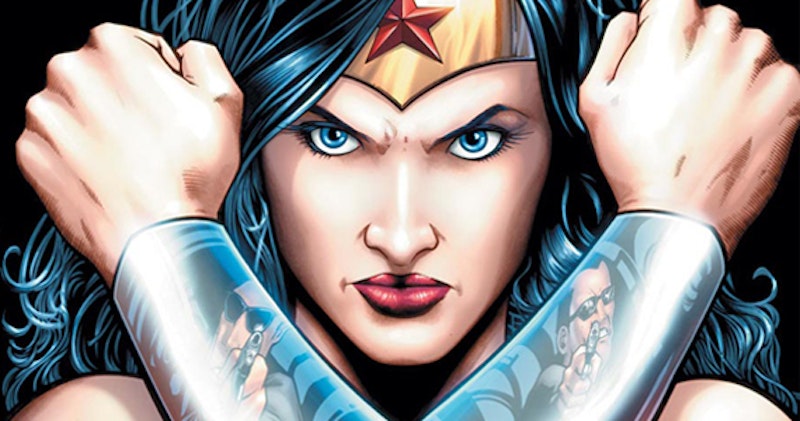 Okay, geeks: Wonder Woman is coming to TV. Yes, again. This time, she’s under the direction of David E. Kelley. They’ve picked out the star, and they’ve begun to film the pilot.

So, why nerds, are you already wringing your hands in frothy rage?

Hey DC Comics You are ruining characters integrity when you dumb them down for the masses see wonder woman mcbeal on some shit network. Grow a pair and put some vertigo titles on HBO.
This particular bit of nerd rage was delivered to me by a dear friend. All of my friends are nerds, or nerds desperately seeking to distance themselves from their true nature, or nerds who are slowly discovering their secret, nerdy selves. Nerds are passionate, awkward specimens, and I love them for it. They’ll call for the death of a Mattel executive because their Martian Manhunter action figure has a shoulder piece that is 1/10th of an inch too small. This is not hyperbole. This is the high-stakes world of the nerd.

But this Wonder Woman show doesn’t actually exist yet. According to current reports, the first episode hasn’t even been completed yet. From whence does this font of frustration spew?

Apparently, the folks over at io9.com posted their review of the show, based on a review posted by BleedingCool.com, which was, in turn, based on an early draft of a script for the Wonder Woman pilot that someone allegedly managed to get their hands on.

Today, information not only travels at uncontrollable speeds, but the only passage that it has is through infinitely flawed, human channels, often transmuting it into damaging disinformation without any real moderation between fact and opinion. Truth becomes meaningless nonsense, opinion becomes gospel, and somewhere, a Wonder Woman enthusiast launches into a diatribe. It’s not an uncommon phenomenon: in a new world where everyone has a relatively equal platform to be a critic, there’s no limitations placed upon where and why someone can craft an uninformed critique. Amazon reviewers throw around one-star ratings of products based on the idea that they disapprove of the existence of the product, despite never experiencing the product themselves. On a much larger scale, this is the basis for the entirety of politics. In a microcosmic sense, we have the perils of being Wonder Woman, and a fundamental dulling of critical thought.

We’re losing the ability to filter information. The important distinction between eating a meal and licking a picture of it in a cookbook is narrowing, and David E. Kelley’s version of Wonder Woman has prematurely been declared an unmitigated disaster by many. This is the knee-jerk world of the nerd, fearful of change, fiercely loyal to narrative and tradition, and intensely protective of the comfortable burrow they have cocooned around them, roof held aloft by the throbbing, green biceps of The Incredible Hulk and a spell cast by Gandalf the White. Somewhere, the bizarre rationale of Lynda Carter being able to spin her way into her heroic costume is maintained as a greater truth.

At what point did we lose the desire to experience things? When did our time become so precious that we’d rather spend it online, living vicariously through people even more willfully uninformed than ourselves?

I’m not saying that the upcoming Wonder Woman TV series will be a success, or even be watchable, but I am asking that we reserve judgment on all things until we allow ourselves the pleasure of enjoyment, or the equally heady rush of first-hand hatred. To make declarative statements about phantoms of ghost of specters of nascent objects doesn’t make you look informed—it makes you look like an angry nerd, and no one likes those.