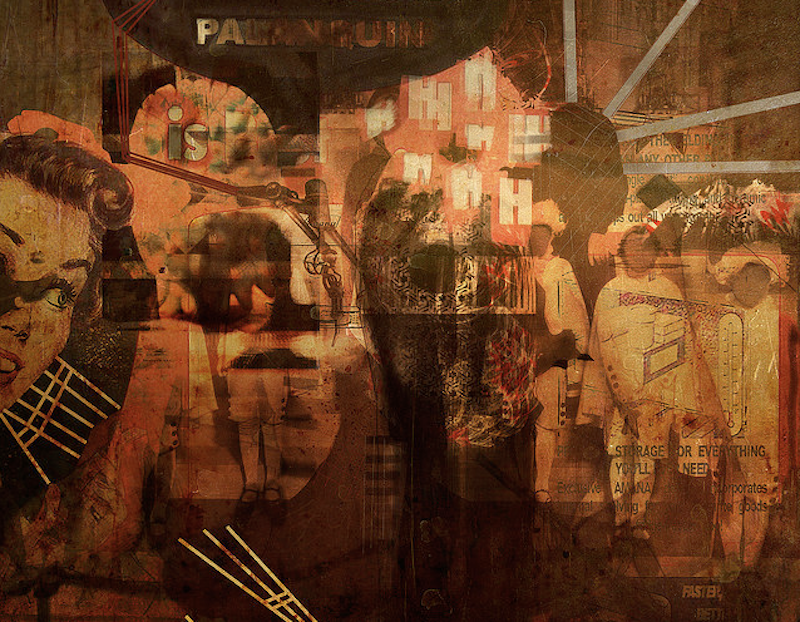 Donatella Versace: And you want to get up and change everything.

Julian Casablancas: But then once you overdo it, it gets ugly.

Casablancas: I don't really care about clothes, but it's about wearing something that gives you social confidence.

Casablancas: It's tricky, because you can fall into Phil Collins territory pretty easily.

Versace:  I was inspired by a combination of metallics, in thread and wool and cashmere—all done with metallic fibers. Also we did strong colors, big trench coats with very feminine dresses underneath.

Casablancas: But it's a fine line between that and Edward Scissorhands.

Versace: It was revealing, and then it was decoration. It’s so modern.

Casablancas: So I ended up working from what I wished it was.

Casablancas: That's the Bruce Lee movie where he has to go up to different levels and he fights Kareem Abdul Jabbar at the end.

Versace: The runway went from one side of the hall to the other, with the models coming out one way and going back another.

Casablancas: Would I prefer it was some kind of urban wasteland?

Versace: Yes, you tell me what you think, honestly.

Casablancas: I don't want to kill your buzz.

Versace: You wanted to express that in either a more innocent way or a more sophisticated way.

Casablancas: The format is just a bunch of quotes, which I thought was really rad.

Versace: I loved the contrast.

Casablancas: I don’t know what to say.