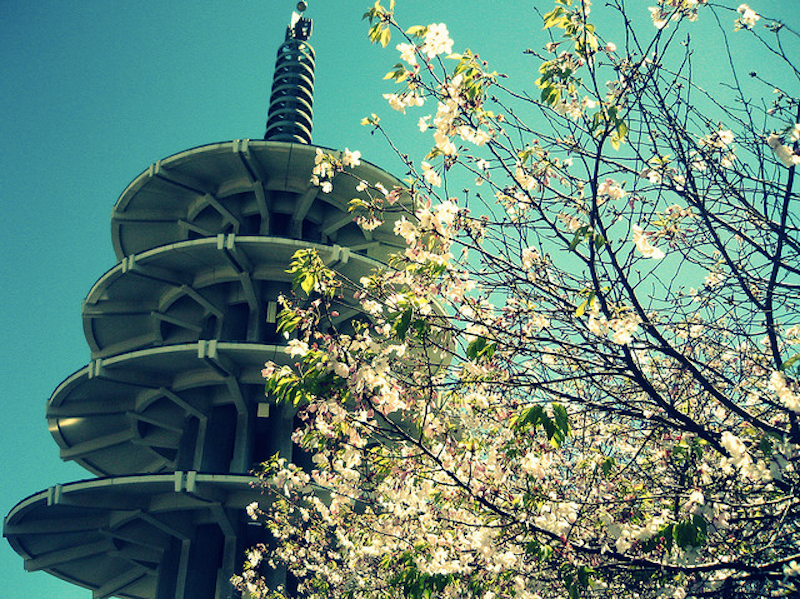 Most Saturdays I ride my bike across town to Nijiya Market in Japantown and spend between $50-$70 on sashimi grade tuna and yellow tail; two fillets of fresh sea bass, some scallops, spicy tuna and/or California rolls, a 300 ml bottle of premium sake, and an assortment of mushrooms, which I caramelize with sweet cooking sake and green onions to serve over rice. Riding back home, feeling the weight in my backpack, I become excited about the excessiveness I've planned for myself. There are gluttons, and then there are elitist fusion gluttons. You see, I am the latter, and will eat everything I've just mentioned in less than 10 hours.

The Asian girls who work the register know me, and expect my sad and loyal patronage—the idle one standing outside the store 10 minutes before it opens, hands cupped around my eyes at the glass for a non-reflective view into my near future. The girls still "card" me for the sake, each time speaking though thick accents, and I wonder about them, their lives, and what brought them to America. I turn 35 this year, and while I've been said to have a baby face, surely that baby looks over 21. But I take it as a compliment (sort of) and flash them my driver's license—which I'm proud to say is adorned with a donor sticker, in case a wrong turn on my bike leads into a transplant candidate's dream come true.

I get home around 11 a.m., put the fish in the fridge, and go online—for no particular reason other than that's what I do. I go online. All the time. I crawl out of the Facebook/YouTube/porn rabbit-hole 90 minutes later, not exactly sure why it all seemed so imperative or interesting at the time. A man falls off his roof; they give a cute kitten some Ambien; somebody skillfully addresses a glory-hole situation; somebody is having a party; somebody likes somebody's comment. It's a fucking thumbs-up world. I guess small deals become big deals in order for the world to seem a little bigger.

I have a sharp knife, which on really bad days I’ve imagined using on myself, even though I’m a total coward. Don't worry, I'm doing better now, and this weekly Saturday ritual I’ve got going, I believe, has something do to with it. I cut the fish into sashimi slices, using a quick motion at a soft angle. I sit at the table and eat lunch, enjoying the silent bare flutter of the trees outside my window. It seems special, perhaps in part due to the cultural anomaly of eating sashimi at home, but mostly because I'm trying to commemorate this life, the little that we have, with a nice healthy meal that I've procured and prepared for myself. A large part of me wishes somebody were with me, but "large parts" aren't always good, like the lead role in Macbeth, or tumors.

I finish the other half at dinner, the light just a little more bruised, dirtier. In the six or seven hours in between, you'd find me listening to music, watching whatever my Netflix queue is forcing me to watch, or asleep on the couch. Friends and family say I should "get out more," and I tell them I was out, getting fish.

Suicide is nasty thing—it destroys the lives of not just the dead, but also the living. I once told my therapist that I’d never kill myself because of my mother—that she owned every bit of me as well. He said "That's very Buddhist," and I felt embarrassed, because giving a name to a feeling seems cheap, like "love," which is the name I gave to someone who tried to take her own life.

I forgot to mention this old lady who also waits in front of Nijiya Market every Saturday morning with me for 10 minutes before it opens. She has a walker and I often wonder how she'll carry her bags home. I'm not really a "good person," so I don't offer to help her. I just ignore her, and then obsess. The old lady probably lives alone, and doesn't have much to do on Saturdays, or any other days. And she probably doesn't go on Facebook to keep track of all the things other people are doing. She probably has felt more pain and gone through more than I will ever, but I'm the writer so I get more attention. She probably just cuts the fish with a dull knife and unsteady hand, watching it disintegrate in front of her. At least it's not her wrist, and that's a great start.