Why Charlie Sheen Is My Hero

He will get Major League 3 made. 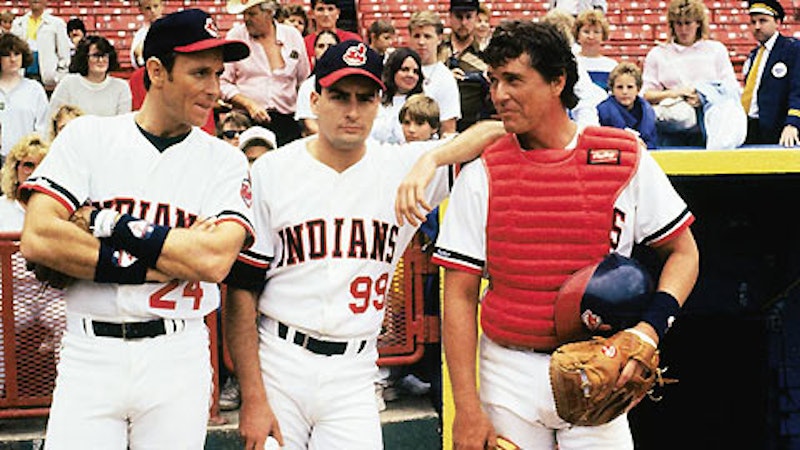 Recently I’ve come to the realization that Charlie Sheen is everything I want to be in life. Think about it: He’s making $1.8 million per episode of Two and a Half Men. He lives a life filled with whores and cocaine, trashing hotel rooms at will, and society barely bats an eye. He generally smirks his way through his day. Dean Wormer in Animal House famously intoned: “Fat, drunk and stupid is no way to go through life, son.” Charlie’s not fat. He may be drunk and stupid. But he’s going through life pretty well from this vantage point.

Wormer? He’s a dead man. (Well, at least the actor who played him is.)

As opposed to his female counterpart, Lindsay Lohan, Sheen’s still got a career despite multiple run-ins with the law and stints in rehab (during which I can just imagine his violent eye-rolling when others are telling their woeful tales of addiction during group; “You call that a binge?”). It helps, of course, when you’ve got the top-rated sitcom on television, are largely perceived to be playing a version of yourself, and your onscreen competition rarely gets tougher than that guy who played Duckie in Pretty in Pink.

(Have I ever seen Two and a Half Men? Jesus God, no! I also admire Albert Pujols, but I’m not going to stand in there against a 90 m.p.h.-plus fastball from Tim Lincecum to prove the point.)

And speaking of baseball, you’ve got to be impressed by Sheen’s latest headline-grab, which involved inviting over a bunch of retired Major Leaguers—and, of course, universe-unto-himself Giants reliever Brian Wilson—to a screening of the comedy classic Major League II, which along with The Godfather Part II, Spider-Man 2, and I Still Know What You Did Last Summer is the rare sequel to outdo the original. (No, I haven’t seen it, either.)

The crowd included journeymen Kenny Lofton and Todd Zeile, noted zany cut-up Eddie Murray, and Lenny Dykstra, whose own ability to somehow remain free of prison (on what seem to be open-and-shut cases of fraud) are worth respect as well. But Sheen didn’t let the gathering of this motley crew to watch a barely-remembered baseball flick speak for itself. No, as he told TMZ, he’s using it as an impetus to get the much-hungered-for Major League 3 off the ground.

Sharp-eyed viewers who frequently surf through HBO-9 at four in the morning might object that a third film, 1998’s Major League: Back to the Minors, already exists, but Sheen rightly points out that, since Minors was minus Sheen, it doesn’t count. “I think enough time has gone by for people to have forgotten the second one, and that third abortion that came out has to be forgotten as well,” he told TMZ.

He also indicated that many of the other Major League actors are on board (Tom Berenger! Dennis Haysbert! Corbin-for-fuck’s-sake-Bernsen!), but that he’s actually having a hard time convincing production company Morgan Creek that watching Sheen and the guy from the Allstate commercials run the bases again will be worth it. “You might want to flood Morgan Creek with letters and an angry mob with burning torches,” Sheen suggested, “because they don’t seem to think that I’m as valuable as I do.”

Hell yes! We’ll make Morgan Creek see that this business in Egypt and Libya is like a game of Hungry Hungry Hippos when compared to a bunch of dudes who can’t wait to spend time with Rick “Wild Thing” Vaughn again. And I use the term “dudes” advisedly. In the same interview, Sheen said he’s gearing up to delight discerning audiences once again with Two and a Half Men’s solid-gold style of shenanigans and tomfoolery.

“Dude, I’m just going to go in there and keep winning,” he said. “If they act like a bunch of losers, that’s up to them.”