No more need for guilt. 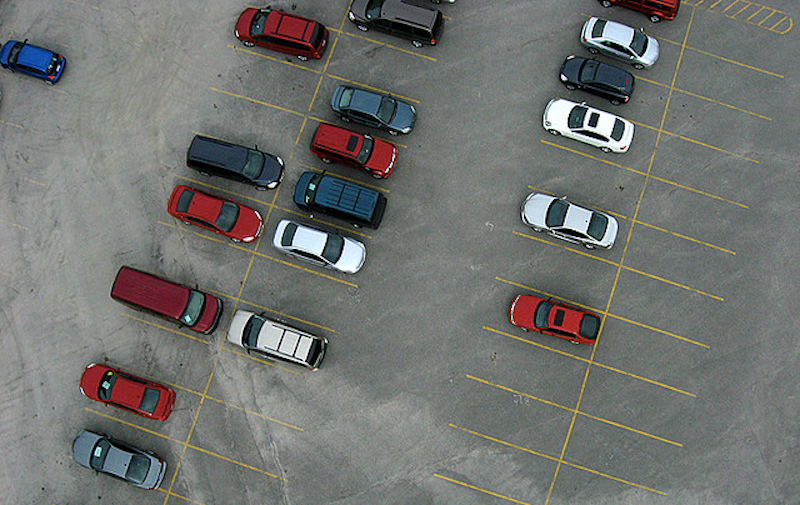 By now, it’s total reflex: park, disembark, vacate, secure vehicle via remote locking device affixed to keychain. Call it the benign cycle of middle-to-upper-class car ownership: regardless of where you are, who you think you’re protecting your ride from, or whether your ride is even worth a grand theft auto bid, forefinger will compress button, invisible electronic signal will zip from device to automobile, locks will stumble. Snap. Beep!

That should be the end of it, of course, but it’s become clear to me that our society is sorely in need of car alarm etiquette, a guiding principle for security that actually takes other people into account. And I’m not referring sensitivity level or to the sector-alert blats that sound when someone tries to jimmy open your Tercel. Rather, I’m thinking more along the lines of showing some degree of courtesy in terms of when your forefinger connects with that button, in terms of timing that connection such that you’re not offhandedly or wordlessly scarlet-lettering another person as a potential car thief.

Guilt is a funny thing. I’ve never stolen a car, entertained the notion of stealing a car, and do not own a set of car boosting tools that fits in my breast pocket like a pocket protector, but every time I’m near a car that someone is locking remotely, I’m struck by an icky, squirmy feeling. It’s uncomfortable, accusatory, and briefly disrupts the droid-consumerist-running-an-errand-as-unavoidable-aspect-of-adult-life fugue I like to use as a buffer between reality as it is and reality as I wish it was. It’s worst when I happen to park right next to or near someone who parked a moment or two earlier, and several meters away from their vehicle, because the impression I get is that, you know, the locking of said vehicle is directed at me, even though I’ve just pulled up on a perfectly serviceable vehicle of my own, as if I were in the midst of a tri-state murder spree and was boosting a new car every 30 minutes as a means of eluding the hot-to-trot tri-state constabulary.

Because I’m particularly sensitive to this issue—our president is black, sure, but unjustified guilt does remain a black thing—almost unconsciously I’ve formulated my own solution. When I arrive at my destination, whatever that is, I park. I disembark. I turn away from my van, and, when I’ve reached a point that isn’t too distant but where it could be said that I can’t with any realistic certainty know who or what is near the van, I surreptitiously click the button. This seems like a fairer, more democratic—or statistically less accusatory, anyway—means of locking the thing without offending anybody, because it isn’t as though I’d let my guard down, as though I’d opted to leave the van unlocked out of some warped sense of karmic invulnerability until I saw a group of cocky kids admiring my ride.