Why All the C-Sections?

Does America prefer to deliver children in a dangerous and expensive way? 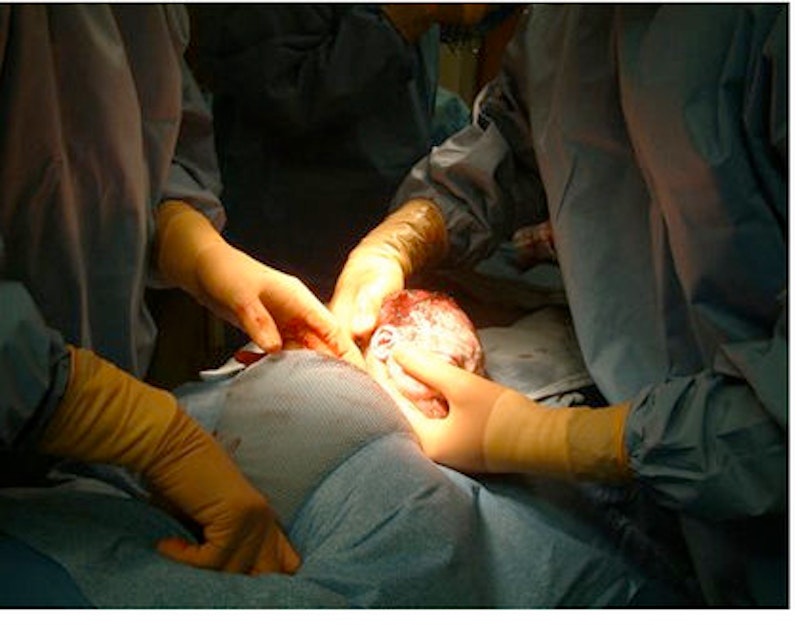 Imagine that doctors walked out on the street, grabbed women at random, took them into the nearest hospital, and subjected them to major abdominal surgery for no apparent reason.

This isn't some dystopian nightmare or goofy hypothetical. Rather, it's business as usual in our current health care system. The evidence is in a study released last week in Health Affairs, which looks at the variation in Cesarean delivery rates at US hospitals.

The researchers looked at 2009 data from 593 hospitals. And what they found was that Cesarean rates varied widely, with a low of 7.1 percent and a high of 69.9 percent—10 times greater. They also looked at women with low-risk pregnancies specifically. Low-risk pregnancies should in theory vary less, since the pregnancies are (by definition) more predictable and less likely to result in complications.

Instead, though, differences in Cesareans for low risk pregnancies were more variable, ranging from 2.4 percent to 36.5 percent, a 15-fold difference.

According to the study, variations in Cesarean rates were not closely related to the size of the hospital, or whether the hospital was rural or urban. Or, based on other research in the field, do the authors think it likely that the difference is caused by variations in maternal requests, which account for only a very small number of Cesareans.

So what is causing the discrepancy in care? The report doesn't speculate directly—though it does note in passing that pregnant women often experience "care paths based on institutional routines or provider practice patterns." Katy Backes Kozhimannil, an assistant professor at the School of Public Health at the University of Minnesota, and the chief author of the study, told me by email that women often feel pressure to have labor induction, epidurals, and Cesareans, but that more research needs to be done on why this is the case. She suggested that there could be "interpersonal, clinical, administrative, and financial reasons." Whatever those might be, though (Worries about insurance? Doctors' convenience? Simple institutional inertia?), the fact remains that doctors appear to be performing many C-sections, whether or not there’s any medical need to do so.

C-sections are so common and accepted in the United States that they can be almost invisible—if the baby if alive and healthy, after all, what does it matter how it was delivered? As the Health Affairs article makes clear, though, this view of Cesareans is misleading. In emergency situations, a Cesarean can be a life-saving procedure. But in normal circumstances, Cesareans are dangerous. They have higher levels of infections, injury, blood clots, and emergency hysterectomy than vaginal births.

They are also associated with higher risks of respiratory distress, pulmonary disorders, and asphyxia in infants. Finally, Cesareans are more expensive than vaginal births—$12,739 vs. $9048 in 2010, according to the article. Unnecessary Cesareans impose a serious cost on mothers, on infants, and on society at large. The fact that doctors appear to be performing C-sections for no consistent medical reason is, therefore, a serious health issue.

The study suggests a couple of possible ways to reduce the number of Cesareans being performed. For example, it says that better data collection on maternity care and outcome, and better public reporting of hospital Cesarean rates, could help hospitals improve their performance and help mothers choose hospitals with better Cesarean practices. It also suggests that financial strategies, such as taxing institutions that perform unnecessary Cesareans, could be helpful. Kozhimanni added that making it easier for midwives to practice, and making it easier for women to use midwives, would probably be effective in reducing the incidence of Cesareans. She said, "Collaborative practice models, where obstetricians and midwives work together to care for childbearing women, is… particularly promising."

Kozhimanni is optimistic about the possibilities of change. She notes, "There is widespread concern among women, clinicians, professional associations, policymakers and others around the rising rates of Cesarean delivery." In addition, the study's findings, which show such huge variation among hospitals, suggest that targeting those institutions with the worst Cesarean rates could have a major effect on bringing rates down nationwide.

It's certainly good that everyone recognizes there's a problem, and it does seem like there are various workable ways to change direction. Still, personally, I'm not as hopeful as Kozhimanni. The overuse of C-sections is not an isolated phenomenon; as Kozhimanni herself said, "The variation we uncovered begs questions about prenatal care, management of labor, decision-making processes, postpartum care, breastfeeding, and more." Unnecessary interventions are endemic in obstetric care in the U.S., and have been for a long time. In 1992, Jessica Mitford's The American Way of Birth documented the overuse of C-sections, episiotomies, induction and fetal monitors.

Again, that was more than 20 years ago. In the intervening time, C-section rates have actually gotten worse, climbing from 20.7% in 1996 to 32.8% in 2011. Maybe the Health Affairs study will make us stop cutting women open for no reason, but we've had access to similar information for decades, and it doesn't seem to have had any effect. For whatever reason, America's health system appears to prefer to deliver children in an unnecessarily dangerous and expensive way. This study tells us, one more time, that we should really stop it. I hope we listen.