If I have kids, we'll be singing Nirvana in the minivan. 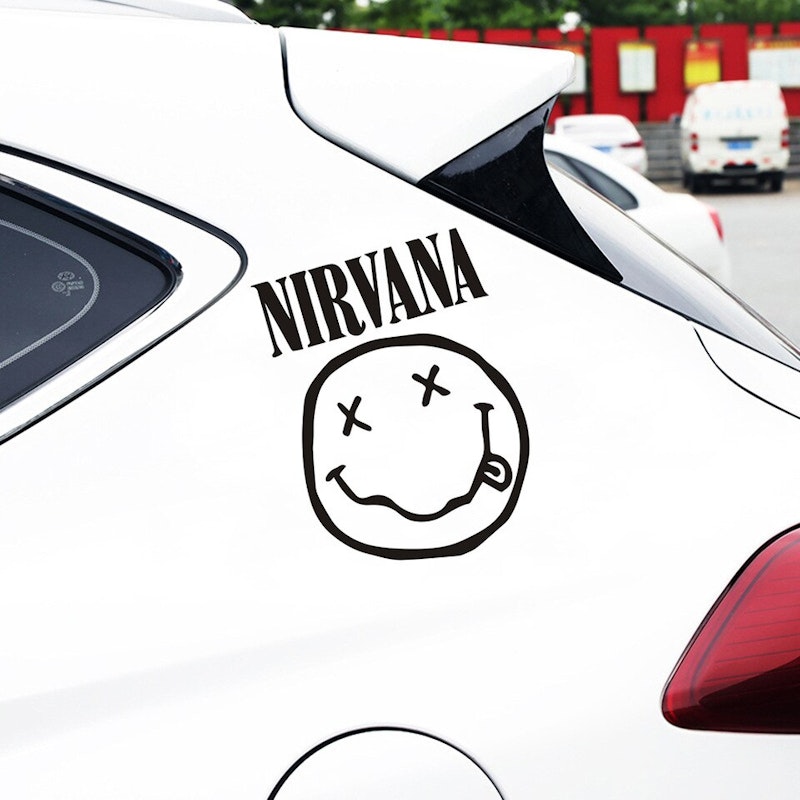 I was eight when I first saw Nirvana’s “Smells Like Teen Spirit” video. It was loud and scary, Mom hated it, and I loved it. Suddenly local radio station WHFS overflowed with a new wave of bands that popped up out of nowhere—Pearl Jam, Red Hot Chili Peppers, Smashing Pumpkins, Radiohead, etc.—and all the synth pop bands of the 1980s died off immediately. Music was exciting again. Now, nearly 30 years later, all the alternative rock from my youth is probably considered to be “dad rock.”

It depends on how one defines the term. Some use it to describe all “classic rock” bands from the 1970s—Led Zeppelin to the Eagles—but Rob Mitchum of Pitchfork says it’s a specific kind of rock. It all started when he used the term to describe Wilco’s Sky Blue Sky album. “The lyrics were also unabashedly domestic—the song ‘Hate It Here’ boasts about learning how to do laundry—and distinctly not what a childless twenty-something wanted to hear” he later explained in Esquire. “At the time I bashed the album as ‘passive,’ but a better word is probably complacent, no longer willing to push the boundaries of the genre or themselves. ‘Dad-rock’ was the easiest shorthand to sum up these feelings.”

It’s music that gives enough hipster credibility to Boomer and Gen X dads, but nothing too edgy. Mitchum considers indie bands like Bon Iver, Fleet Foxes, and the National dad rock, which hurts a little because I like some of their music, but they do have that "safe" middle ground sound where they’re indie but nothing that will make your ears bleed like Swans. This can easily describe most of the 1990s bands I grew up listening to.

The Red Hot Chili Peppers is the most obvious example. They had that cool California beach vibe with Blood, Sugar, Sex, Magic, and I liked One Hot Minute (mainly because I love Dave Navarro), but they got boring with their "comeback" album Californication. Now they're a parody of themselves thanks to a disastrous Super Bowl performance with Bruno Mars and constantly name checking California in all their songs. It's no wonder The Good Place made being a Chili Peppers fan something that will send you to Hell.

The only good thing about Kurt Cobain dying at age 27 is was before Nirvana could lose their edge like their contemporaries Pearl Jam. (I can’t think of a Pearl Jam song that’s caught my attention since 2006’s “Life Wasted,” which had an awesome video.) Nirvana still has that mythic image like Jimi Hendrix. Dave Grohl’s been doing well since Cobain’s death, and he’s written some great songs (“Walking After You” should’ve been a bigger hit), but Foo Fighters just don’t have the punk rock edge Nirvana did.

Maybe dad rock isn’t so bad. Bonnie Stiernberg of InsideHook says the term is meaningless and an insult to music. “The truth is,” she writes, “the best music—the achingly gorgeous stuff, the songs whose lyrics get etched on our hearts for generations—is always made without any consideration for what’s hip or trendy. What some see as ‘dad rock’ is actually a level of comfort or confidence that allows an artist to do whatever they want to without any thought of what people will think. And what’s cooler than that?”

She might be right, and I’m just self-conscious about growing old. I heard U2’s “New Year’s Day” on an oldies station when I was 26, and a few years later my half-sister Jett—who’s about 19 years younger than me—told me her favorite band was Nirvana. Something felt weird. I realized later it was the same feeling Mom probably felt when I started listening to Led Zeppelin in high school: happy to see the next generation appreciate the classics, but saddened to know the music of my youth is now considered retro.

I don’t have kids, so maybe 1990s alternative isn’t dad rock. I recently asked my Facebook friends what they thought, and some of them said kids nowadays have a broad taste in music, so there’s not a dichotomy between “young people’s music” and “old people’s music” like when I was young. I hope they’re right. Maybe if I eventually have children, we’ll sing “Smells Like Teen Spirit” together in our minivan.