Trump should host the Oscars. What's not to hate? 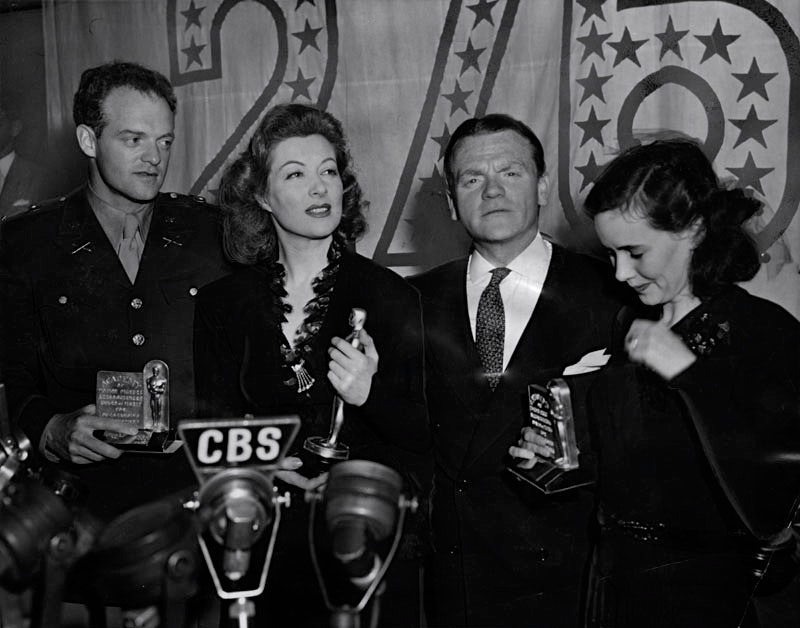 Apparently nobody wants to host the Oscars this year. The Academy is scrambling, unaware that I’m ready to go—let me have a crack at it. I realize that since I wrote this article, you've picked Kevin Hart to host. But he's already getting called out for "homophobic jokes" and an "abusive past" so I'm still game. I’ll rent a tux, kiss the ring of Meryl Streep, and make sure everyone is opening the correct envelopes. I thought it was cool that Jimmy Kimmel came back for a second year after the historic Best Picture fiasco in 2017 happened on his watch, but this time, he’s not biting. No one else is chomping at the bit either, which is surprising to me. What’s to lose? Seems like an easy gig as long as you play it safe and do it solo.

James Franco and Anne Hathaway weren’t that bad—she was the stick in the mud, Franco’s stoned grin and nonchalance about it all was refreshing. But everyone hated them so much the Academy actually cracked Billy Crystal open from his mausoleum to host the following year, breaking an eight year “retirement” from hosting. He’s a no-go now anyway, because where has he been? What movies was Billy Crystal in? When Harry Met Sally is the only one I can think of. I’m grateful that I was born just as his star was waning, because anyone who makes a hobby of hosting the Oscars must be a narc.

Three months out from the ceremony, with many of the precursor ceremonies wrapped up, the Academy still has no host and no ideas. Writing for The Hollywood Reporter yesterday, Stephen Galloway said, “Ever since Billy Crystal passed the baton in 2004 (he made a one-off return that drew a tepid response in 2012), the Academy has struggled to find the right anchor, and nobody has been willing to run the gauntlet more than twice. Among the two-timers: Kimmel, Ellen DeGeneres, Hugh Jackman, Chris Rock and Jon Stewart—most of whom have vowed never to do it again (though ‘never’ has a certain elasticity in Hollywood). Contrast that with Oscar's glory days, when Johnny Carson hosted five times, Crystal nine and Bob Hope a swoon-inducing 19.” Swoon-inducing? Maybe we should all just call it a day and cancel the Oscars indefinitely.

Ratings for the Oscars and concerns with their ever-expanding (and occasionally contracting) running times are a perennial topic of conversation for entertainment reporters, as predictable and rigid as complaints about the quality of Saturday Night Live, commercials during the Super Bowl, or hagiography for dead presidents that stretches out for weeks (get ready for even more slobbering over George H.W. Bush’s death, and not just from his beloved service dog Sully, who’s probably a neo-Nazi alt-right agitator anyway). If the Academy is in such a panic, why don’t they get James Woods to host? How about Roseanne? Randy Quaid? What about Chapo Trap House? I think one of them is a woman… perhaps Daniel, of “Damn, Daniel”? The “you know I had to do it to them” kid? Balloon boy? Who gives a shit? Just get someone that people will want to watch implode and *accidentally* say something offensive on stage.

The Academy has no guts: they expand the Best Picture category, people get mad, and they scale it back. They’re tagged, fairly, with #OscarsSoWhite, and only two years later go hard for Three Billboards Outside Ebbing, Missouri, which, if you hadn’t seen it, might’ve thought it was a Trumpist revenge fantasy instead of a decent, pulpy, over-praised drama. Then earlier this year, there was the “Best Popular Film” category, really only introduced so that Hollywood could honor and acknowledge Black Panther—before they realized, hmm, this probably won’t get nominated, and people will be mad at us again. But what about Paddington 2? That poor marmalade loving bear from Peru, left out alone in the cold again.

I think the inevitable truth is that it’s only a matter of time before the Oscars start honoring television shows. The Golden Globes already do it, but everyone’s drunk and every time anyone thanks the Hollywood Foreign Press it sounds like they’ve got a gun aimed at them off-screen. Star power isn’t strong enough to compete in a world with more than three networks and an infinite stream of “content” that has all the eyeballs and none of the statuettes. No matter who hosts, they’ll do okay this year: Lady Gaga performing something from A Star is Born, potential controversy with Green Book representing Trump’s America just as La La Land and Three Billboards did the past couple years, and… everything else representing whatever the other side is at the moment (Bernie? Beto? Warren? Hillary?).

Fuck it, get Trump to host the Oscars. I’m sure he’d jump at the offer—he probably fantasized about hosting a Hollywood awards ceremony decades before he ever contemplated the presidency—and it would be a ratings bonanza. Everyone would hate it! What’s not to love?