RQ on the cold-blooded murder of a mechanical bird in Rudolph the Red-Nosed Reindeer. 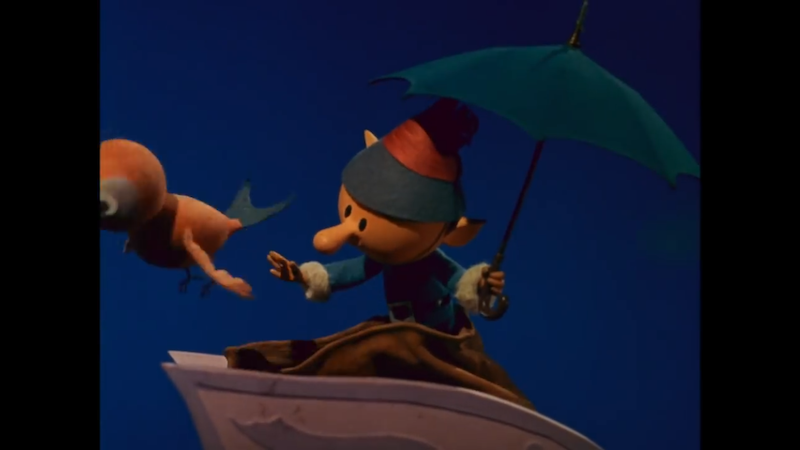 The Huffington Post is mad at Rudolph, the reindeer. Or, they noticed people on Twitter getting mad at Rudolph during the annual airing of his cute but blasphemous (Santa Claus is a man, not a puppet, so don’t worry kids) Christmas special. This is the red-nosed reindeer effort you’re all most familiar with, first aired in 1964. HuffPo says that the classic television special “raises all kinds of issues,” namely racism, sexism, homophobia, bullying, “lack of acceptance,” and “worker exploitation.” I’m glad they spilled some quality tea on a venerated children’s classic. Yes, it’s true, Rudolph is not how you remember it: lots of swearing, Santa uses racial slurs, Donner tries to rape Rudolph, and more. It’s vile, and I join in the chorus of voices demanding that this hideous, mutant reindeer be executed publicly as soon as possible. Rudolph the Red-Nosed Reindeer is officially CANCELLED!

But I’d like to point out someone getting short shrift: the mechanical bird that can’t fly that’s murdered in cold blood during the closing credits. See for yourself. This clip labels the killing as a “gaff” (sic), but it’s much more than that. It’s abuse, it’s neglect, it’s disrespect, and it’s murder. The bird is one of the “misfit toys,” broken and treated like freaks by their elf overlords and cocky functional toys. If you want verification on all of those baseless accusations I repeated above, you’ll just have to a) trust me, or b) watch the special for yourself. Reminder, though: if you do watch Rudolph the Red-Nosed Reindeer in 2018 and you don’t get upset, you’re officially a Nazi. Look, I don’t make the rules, sorry. If I had my way, all of you would be getting sent to the glue factory immediately.

Let’s examine this snuff film once again: the credits are rolling, the story is over. Lessons learned, presumably. Maybe Santa and Donner and whoever the fuck realized that repulsive freaks of nature like Rudolph can be useful in the delivery of goods and services. I’ll concede that the special is capitalist propaganda, but that’s not the issue here. We have to talk about bird murder. First of all, the “broken” (ableist term) bird is kept in a burlap sack in the flying sleigh with dozens of other toys. Can’t be very comfortable in there. I can only imagine he was expecting to be safely delivered on the ground to a humane owner like Bennington or me. No: before he can realize his short, tortured life is about to come to an end, he’s tossed in free fall to his death. This is never commented on.

We only see the mechanical bird in the beginning of the special and here at the end. Where was he during the rest of this michegoss? Rotting away in a cage? Water-boarded or electrocuted Abu Ghraib style? He probably didn’t even get any mechanical birdseed. This is the real disgrace of the special, not the run-of-the mill discrimination and abuse that runs throughout it. A murder in cold blood takes places over the closing credits, and they assume us to be none the wiser. No more. On behalf of all birds, I’m calling for the immediate execution of Santa Claus and the indefinite detention of all of his murderous worker drones. Let’s get this trending: #ExecuteSantaClaus.