Waiting to feel the rhythm. 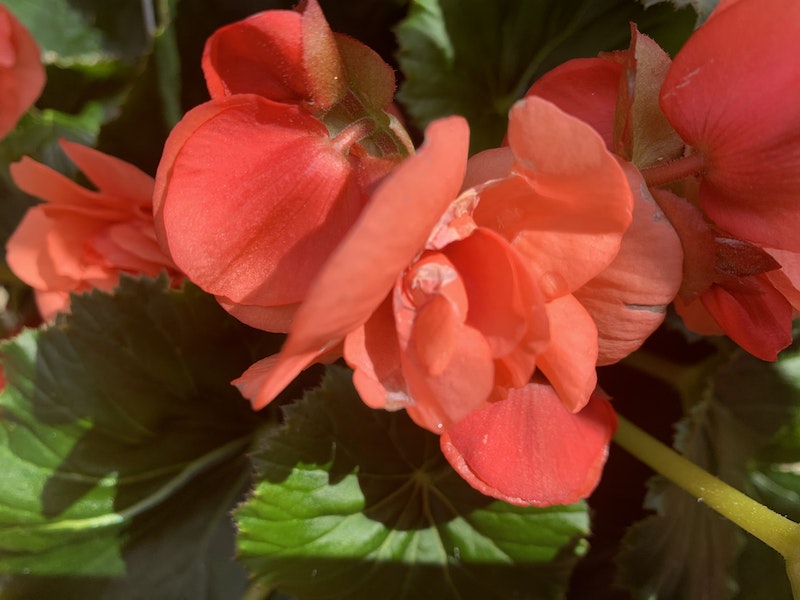 I’m not sure how many weeks the state of Maryland—where I live—has operated under lockdown, maybe eight or nine. It’s two or three too many, by my reckoning, and I say that as someone who follows all the rules—mask, Six Feet Apart, washing hands, and attempts not to touch my face (which is vexing, since the facial tic I’ve had since a lad leads me to unconsciously rub my eyes and ears)—since there’s no percentage in running afoul of security guards or busybodies aching to make a citizen’s arrest.

(Not incidentally, the photo above is not intended as clickbait. That’d be impossible since the Internet is awash with similar flowers, loaves of skanky looking bread and pizza pies. The hanging pot of flowers was a Mother’s Day gift for my wife, and invoking the ghost of Checkers, I’m going to keep it, assholes.)

It makes sense that oil and automotive executives are expecting a big spike in road trips, long and short, in the United States this summer, as gas is cheap (right now) and no one wants to be the guinea pig who travels by airplane. (I’m not setting a foot on a plane in the foreseeable future, although if Baltimore’s Camden Yards, by some miracle, opens in late-summer, I’ll go to the first game, my disdain for the Orioles—the ownership, not the players—notwithstanding.)

I’ve no use for road trips anymore—had my fill as a youth, driving from Baltimore to Houston in ’74, countless filled station wagon journeys to New England to visit brothers in college in the 1960s, as well as a cranky grandfather, and a Greyhound (which counts as a car, a sub-car at that) odyssey from Denver to Los Angeles and then, after a brief pit stop, on to Santa Fe and Houston. But I do hope that Americans who are going nuts in most states take a lot of trips, and patronize highway restaurants and then local establishments at their destination. Any sliver of economic activity is welcome.

In the past decade or so, as my sons have aged (25 and 27 now) to the extent that they’re allowed to poke fun at the Old Man, I’m the guy who gets everyone to the church on time when making a trip. I get antsy: I take the two-hour pre-boarding arrival at airports seriously (especially since I’m always a wreck trying to figure out how to get tickets by kiosk computers, a task that’s inevitably taken over by one of the eye-rolling boys) and same goes for Amtrak, even though that crumbling institution almost never follows Mussolini’s boast. Though even Amtrak beats the justifiably maligned United States Postal Service, currently with palms out for big wads of cash, which is, by my count, barely functioning. It’s a minor complaint, but the latest incident to tick me off was that my BG&E bill, which was mailed 10 days before it was due, didn’t arrive on time, and naturally I got a terse email about my tardiness

Anyways, on trip days, I wake up early, having packed the night before (although not yet reaching my Uncle Joe’s neurotic early-1990s insistence that he and Aunt Winnie make a “dry run” to a family meal at some NYC restaurant; that might be around the corner), arouse my wife, who can be slack in preparations, and call a cab or contracted driver to the train station, BWI or Dulles early. I’m on edge, a bundle of nerves, while my family meanders along, and say, “Great, Dad’s in severe Travel Mode.”

I’ve been fortunate to have a pretty fair global travel record (mostly pre-9/11 restrictions), most of that starting in the mid-1980s, although as a younger man I went to Europe twice for month-long babysitting duties for my niece and nephew, and traipsed around Mexico City, looking for trouble in all the right places in ’75. I took a short sabbatical from Baltimore’s City Paper in the summer of ’86 to travel in Ireland; rode camels and gambled in Cairo; spent Christmas Day with my wife in deserted but breathtaking Vienna in 1990 and then New Year’s Eve in Bangkok; hit the casinos in Macau with my friend Jim Larkin; Christmas the next year in Buenos Aires, countless trips to Los Angeles to visit the in-laws when the boys came along; London more times than I can remember and six or seven venues in Italy and France. If that sounds like a boast, too bad: people spend money on different things: cars, second homes, boats, “grown-up” toys, extravagant skiing or scuba diving adventures and so on.

My desire to travel, at least afar, has diminished since the 9/11 clampdown and the miserable state of airlines, which still gouge customers even as their CEOs cry poverty. I do feel somewhat like a rube, but my patience has worn thin. However, our family isn’t agoraphobic, and we look forward to regular visits to Bermuda to visit my brother and his family; I go to NYC often to see my son (now here in Baltimore, working remotely) and a lot of friends; and as I’ve mentioned previously, I like to chalk up baseball stadiums and cities I haven’t yet seen. This summer, obviously, Bermuda’s been scotched, and I’ve little interest in traveling to one of the minor league parks in dinky Florida towns where, if the MLB season does start in July, some games might be played. There aren’t many other options: it’s not as if we’re going to experience Amish life in Pennsylvania and come back with a giant cellophane bag of admittedly excellent pretzels. I’ve had Philly cheesesteaks, terrific ribs in Dallas and a lifetime’s worth of Ipswich fried clams in New England.

And, in all candor, at least right now, I’m more than a bit terrified of going to Manhattan; I think that’s a common view, but until Travis Bickle’s “real rain” disinfects the city, I’m staying put. Is that yellow-bellied thinking? Maybe, but at nearly 65, I prefer to call it cautious.

An Irish Times (severe paywall) story by Fintan O’Toole “shared” by liberals non-stop in the past 10 days, asking if “American prestige will ever recover” after Trump’s start-and-stop virus activity, wasn’t wholly inaccurate, although I’d guess that O’Toole and his European left-wing brethren—like stateside pundits—have made the same essential argument for the past four years. Naturally, The New York Times opinion staff—undoubtedly a lottery was held to see who could first parrot O’Toole—followed up, as Timothy Egan’s May 8 column “The World Is Taking Pity On Us,” was published to oohs and ahs from the homebound automatons who, at this late date, consider the Times’ content as a more valuable document than, say The Emancipation Proclamation or the napkin Bob Dylan gave to Roger McGuinn with a first verse of “Ballad of Easy Rider” scrawled between puffs of a cigarette.

Granted, Egan takes several easy, and justifiable, shots at Trump (but not New York Gov. Andrew Cuomo)—lampooning the President’s amphetamine-fueled narcissistic tweets, his promises that can’t possibly be kept, and the absurdity known as Jared Kushner—but his conclusion is off. “Most of the world now has no confidence in the president’s leadership… Welcome to our nightmare.” “Most” of the world’s citizens, if they’re familiar with Trump beyond name recognition, have more pressing concerns than his leadership. Never mind The Third World, do you really think that Londoners, trapped in its own very lethal virus lockdown, are even thinking about the United States? Of course the bureaucrats that run the European Union are critical of Trump; that’s what they’re paid (metaphorically or not) to do. But the stark reality is that despite Egan’s parochial (and, permit me if you will, elitist) political views, it’s hard—no, impossible—to believe that America is “pitied” by humans not in the intelligentsia’s orbit.