I know it's necessary, but I don't have to pretend to like wearing a mask. 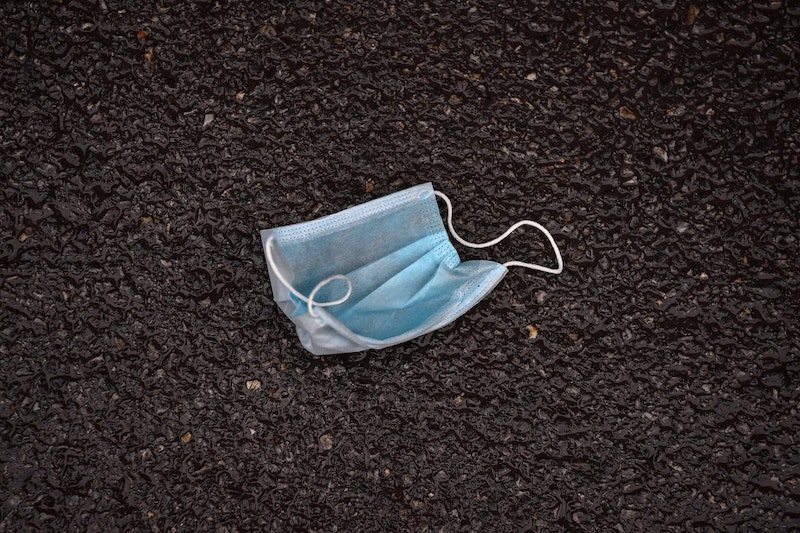 I hate wearing a mask at work. It’s chafing, doesn’t fit right, and makes it difficult to move around. Sometimes I slip it off in the staff lounge for a breather, but then quickly put it back on before anyone can see. I want to take the mask off for good, but that’ll expose me, so I begrudgingly leave it on. The mask is a minor inconvenience, but life would be so much easier without it getting in the way.

I’m not talking about face masks. Nobody at work knows that I’m a non-binary trans person because I don’t know how to tell them. It’s silly to worry about it since my home state has workplace protection laws for LGBTQ people, and the grocery store I work at has a strict anti-harassment policy. Yet there’s always the fear of things becoming awkward with my co-workers, even if they don’t harass me: invasive questions about my personal life, failed attempts to explain non-binary gender identities, and humble requests to refer to me with the singular they pronoun met with rolling eyes.

Maybe I’m worrying too much because, even though I live in the conservative Eastern Shore region of Maryland, no one has given me shit for being non-binary. My makeup, eyeliner, lipstick, painted nails, and short shorts may get weird looks from others, but never any harassment or violence. I went into a Royal Farms in a skirt to buy cigarettes on my way to an LGBTQ support group once and nothing happened. Perhaps, despite all the “Trump/Pence 2020” signs on the main highway, it’s safer to be myself here than I thought.

Yet the fear of exposing oneself to others remains. Standing naked before the world is always an invitation to ridicule. Every fat roll, stretch mark, and giant mole is on display, and since everyone feels entitled to voice their opinion without being asked, people judge you. They’re just as ugly naked as you are, but they don’t want to admit it, so they take it all out on you. Our society has so many fucked up ideas about how people are supposed to be that it’s understandable why we’re always wearing masks, even without a pandemic.

This is especially true for those of us who don’t conform to white heteronormative patriarchal standards. As I wrote a few months ago, respectability politics harm marginalized people because it sets up this idea that you can’t be yourself unless you meet the criteria of being “one of the good ones.” You can be openly queer, for example, but don’t be too flamboyant or talk too much about your love life. It’s no wonder that, according to a study from last year, 43 percent of LGBTQ people aren’t out at work, and 47 percent feel coming out could cost them their jobs.

We might not be able to take off our face masks right now, but we should try to make it easier for us to take off our other masks. Since I’m in a relatively privileged position (i.e. I don’t have much to lose by coming out), I can start by being more open about my gender identity at work. I hope others can do the same.