The deeper we sink into our devices, the more our world resembles two-dimensional comic book characters. 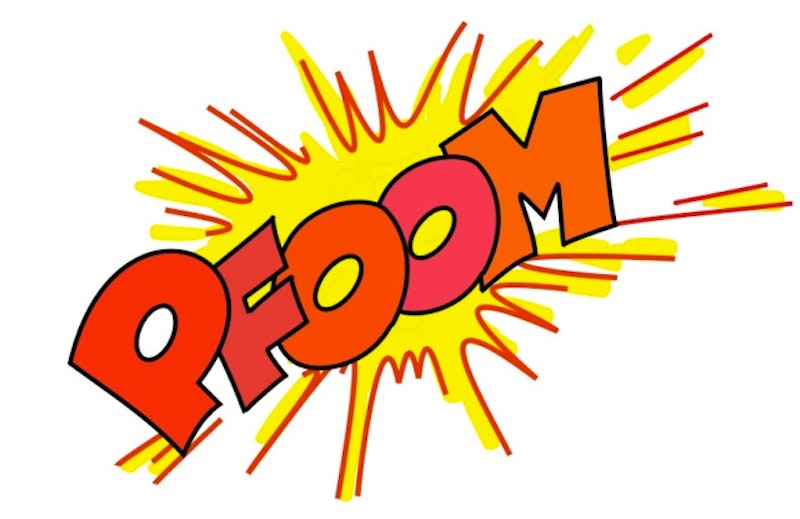 As we surrender to the metronome of our shared monotony, the sounds we welcome belong to the word balloons—the onomatopoeia—of film adaptations of comic books. The sounds match the visuals, as we tap or swipe the screens on our devices. The release comes in three-minute bursts of lights, multiple camera angles, and lots of action.

The effect is the culmination of special effects, minimizing dialogue by maximizing destruction, until the least articulate character is the most accessible star in a universe of star-spangled soldiers, Norse gods, Russian spies, African warriors, master archers, robots, billionaires, magicians, and a friendly neighborhood Spider-Man.

The effect is more incredible than the orations of the Hulk, given the storyline of our current state of existence. Our storyline requires a backstory, too, since a pandemic seems more plausible than a drug addict playing a crime-fighting man of titanium gold.

And yet we’re in lockdown, while a former prison inmate, whose priors include trespassing and drug and weapons charges, receives $75 million for his most recent role as Iron Man.

The role, like the armor he wears, suits Robert Downey, Jr. His atypical past makes him the prototypical hero in the Marvel Cinematic Universe (MCU). First among misfits—and mutants—the universe features pirates, vigilantes, Chinese monks, extraterrestrial tree monsters, a one-eyed black general, and a talking raccoon.

In contrast, our universe features bat-eating Chinese communists, masked citizens, armed protesters, rogue barbers, a trio of tech magnates, and a virtual presidential candidate. The arc of our universe reads like an excerpt from the lost works of Nostradamus.

The words evoke images of a writhing, necromantic astrologer screaming in French, while clergy cross themselves and villagers ransack his study; burning his ink-stained rags, breaking his blessing rods, and stealing his lucky charms.

The words detract from the glory on-screen, in which Mickey Rourke chews a toothpick and snaps a pair of electrified whips. Gold sparks fly inches from Iron Man’s manhood, like the scene in Goldfinger—the original Moneypenny shot—in which a laser inches toward Her Majesty’s Secret Service revolver.

But for the opening credits of a river kingdom and a neon ocean in the sky, with clouds as pink as coral and stars as bright as fireflies, but for a trail of pixie dust and a fairy-tale castle of yellow and gold, but for a fountain of colors and a brocade of fireworks, but for the scrawl—in sparkling white—of the Disney script logo, what follows is an imaginary collaboration between Paul Schrader and Jerry Lewis.

The experience is a form of neuromuscular paralysis, where the viewer—this viewer—is motionless every 24 frames per second. The dose is safe, the trip is smooth, thanks to these visual analgesics.

Such is the power of our digital morphine drip. Such is the odorless quality of our online supply of ether, anesthetizing us with packets of light rather than milligrams of sweet-smelling solvents. Such is the miracle of technology, delivering us from thought and liberating us from fear.

Unaware of place and unable to feel time pierce our skin, the music begins to play. We realize that suicide is painless—and we can take or leave it if we please.