The Strange Life of Peter Lorre

From Fritz Lang's M to the first Bond villain. 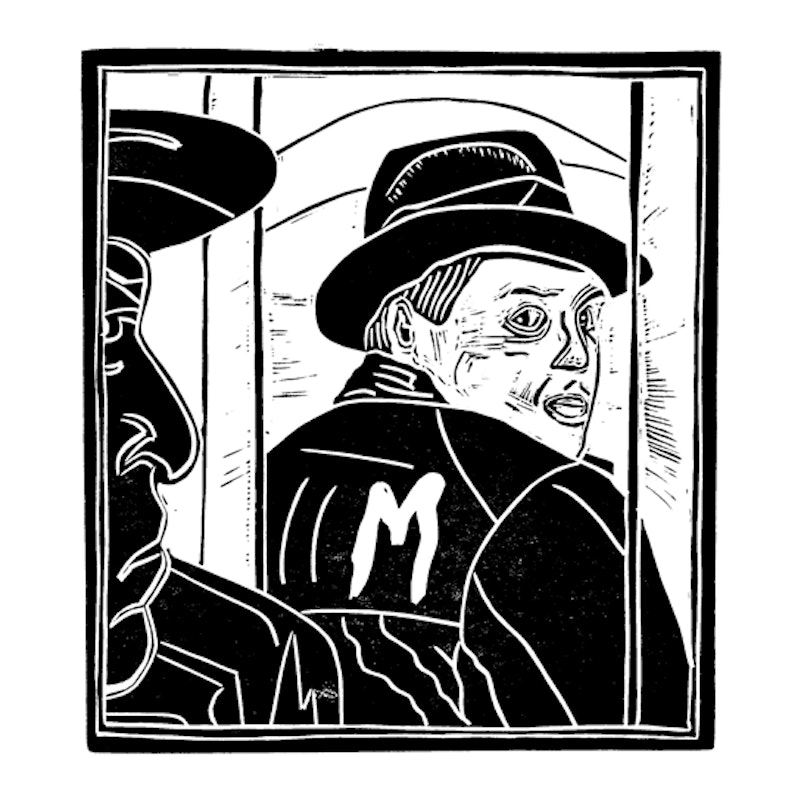 Peter Lorre was an Austrian-American actor known for playing sinister foreigners. Born Laszlo Lowenstein in 1904 to Jewish parents in present-day Slovakia, Lorre's mother died of food poisoning when he was only four. As a teenager, Lorre was a student of Sigmund Freud in Vienna.

Lorre began acting at 17 and moved to Berlin where he worked with playwright Bertolt Brecht and composer Kurt Weill. He came to prominence portraying a child killer in Fritz Lang's 1931 German film M. When the Nazis came to power, they used Lorre's image from M as an example of a "typical Jew" for their anti-Semitic film The Eternal Jew. Ironically, Hitler’s Minister of Propaganda Josef Goebbels (a fan of Lorre) warned the Jewish Lorre to leave Germany.

Lorre took refuge in Paris and then London where he was cast by Alfred Hitchcock in The Man Who Knew Too Much. Though Lorre didn’t speak English at the time, he learned his part phonetically. Hitchcock nicknamed Lorre “The Walking Overcoat” since he rehearsed in a floor-length coat no matter what season it was. He moved to Hollywood in 1935 where he roomed with fellow émigré filmmaker Billy Wilder. Lorre and Wilder ate cold Campbell’s soup each day to keep from starving. Lorre took small bit parts until he earned the starring role in the Mr. Moto films playing a Japanese detective.

Lorre became close friends with Humphrey Bogart and the two appeared in five films together. Though he was married, 44-year-old Bogart spent clandestine weekends with Lauren Bacall, 19, at Lorre’s ranch. Lorre helped convince Bogart to marry Bacall with the advice, “Five good years are better than none.”

Lorre’s on-screen dialogue was always quotable among movie fans. In Casablanca, his character Ugarte tells Bogart’s Rick Blaine, “You know Rick, I have many a friend in Casablanca but somehow, just because you despise me, you are the only one I trust. In Beat The Devil, written by Truman Capote and John Huston, Lorre utters a classic monologue on the nature of time. “Time. Time. What is time? Swiss manufacture it. French hoard it. Americans says it is money. Hindus say it does not exist. Do you know what I say? I say time is a crook.”

Lorre was subpoenaed by the House Un-American Activities Committee and asked to name anyone suspicious he had met since coming to the United States. He gave the committee a list of everyone he knew.

After World War II, Lorre’s career went downhill and he began appearing in mediocre horror films and TV game shows. He was the first actor to play a James Bond villain when he portrayed Le Chiffre in a 1954 TV version of Casino Royale. Lorre struggled with gall bladder troubles and became addicted to morphine. Though he ultimately kicked his drug habit he gained hundreds of pounds in a short period. In 1956, at the funeral of his friend Bela Lugosi, Lorre supposedly asked Vincent Price, "Do you think we should drive a stake through his heart just in case?"

Lorre was married three times and had one daughter. Catherine Lorre gained notoriety for being stopped in her car in Los Angeles in 1977 by the "Hillside Strangler" Kenneth Bianchi. Bianchi later said he intended to abduct and murder Catherine but let her go when he learned she was the daughter of Peter Lorre.