The Problem With "Rapey" 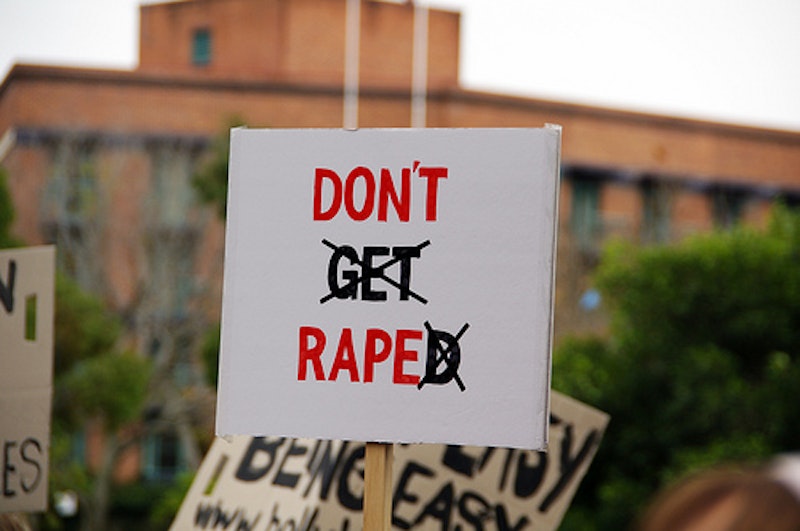 I can't quite put my finger on exactly where or when I first heard the word "rapey." When the term sidled into the national discourse, it certainly wasn't in real-life conversation, or in literature, or the press. Likely it surfaced in some blog post or other, or on a message board. But this word troubles me on a variety of levels, and while the work of eradicating it from the cultural vernacular is probably Herculean, it must at least be contemplated.

First, let’s talk about rape. While everybody knows what rape is in a literal sense, it’s frequently deployed in a figurative sense, a lingual crime that I've committed myself on at least one or two occasions. Figurative uses of "rape" are typically intended to shock, seize the attention of others, or drive an important point home; the practice feels cheap, risible, provocative in a way that is barely defensible.

"Rape" bears an inherent force and power that demands seriousness and commands respect. It's hardly something to shout in a crowded theater or while rollerblading down a busy street. When someone tells you that they were raped or almost raped, it's not an insignificant thing to confide. So "rapey"—defined in the Urban Dictionary as "a guy who's creepy, and hugs or kisses inappropriately" as "inclined to commit rape" in the Wiktionary—is concerning. It's concerning because it has the effect of trivializing rape, of robbing the word of its power and significance. "Rapey" infantilizes the concept, which should never become something one jokes about or dismisses. It's like cracking wise about how someone who works for you is your slave. "Rapey" is disturbingly casual; "rape" is never casual.

There was some discourse, recently—courtesy of the Huffington Post—about Robin Thicke's "Blurred Lines" video being "rapey." I disagree. In no particular order, the video was creepy, sexist, exploitative, tasteless, and stupid. But "rapey"? Rapey, it was not. Rather, Rapey is a commune in the Vosges department in Lorraine in northeastern France; if everybody who is throwing this term around lately spent a significant period of time in Europe and is invoking a reference of manner or being I can't possibly grasp, awesome. But I'm well aware that they probably aren't.