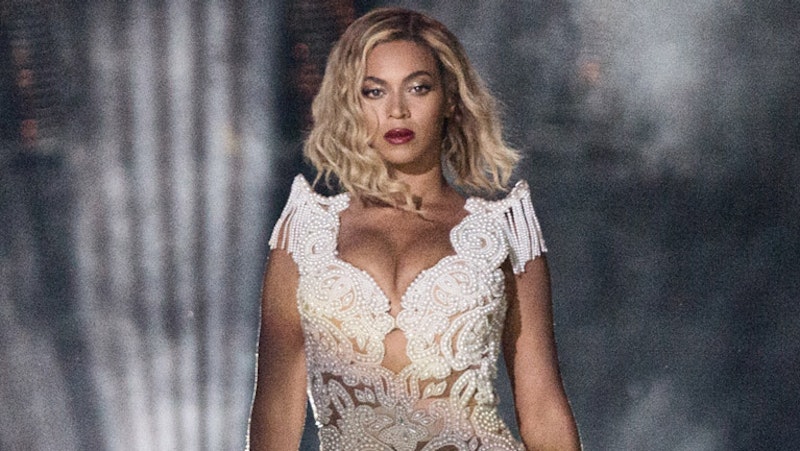 Being a pop star must be the most difficult job in the world. First, not only do you have to capture the hearts and pocketbooks of the public, especially if you want to be anything more than a one-hit wonder, but you also have to stand out from all the competitors in the marketplace. Pop stars are products, and when you go to Target and choose, say, Garnier Fructis over some other cheaper brand, it’s is not unlike how you align yourself with Katy Perry or Miley Cyrus. You can like both, but one of them will always be your “go to.”

Who knew that Lorde, an unknown 16-year-old from New Zealand, would take over as the hottest artist of 2013? She’s fabulous! But, like, what? If you don’t manage your career carefully, you’ll wind up looking like a tired hooker who only has two to three tricks up her sleeves, not like the brilliant pop artist you really are! So, here are five ways to stay relevant if you want to keep enjoying pop stardom.

1. They Keep Everyone Guessing: Thursday night at 11:45 p.m. Beyoncé dropped her fifth studio record. There was no press. No album reviews. It wasn’t previously listed in iTunes. You couldn’t preorder it. Nobody wrote anything about it beforehand. It just kind of… appeared. As publicity stunts go, this was pretty freaking solid. After a sold-out world tour and snippets of songs here and there, no one knew anything about Beyoncé’s next album, what it would be or what it would so sound like, when it was coming or, god forbid, if there was even going to be a new Beyoncé album at all. So when news broke late Thursday that A NEW BEYONCE ALBUM WAS SUDDENLY AND RIGHT NOW IN ITUNES, my first reaction was “This can’t be possible, how did I not know about this!” I bought it immediately. I didn't even listen to it. As a comparison, I haven’t purchased Lady Gaga’s ARTPOP and I’m probably not going to. I love Lady Gaga, but she is kind of a mess ATM/getting trounced by other people. What’s key is that I felt compelled to buy the Beyoncé record IMMEDIATELY, and if I’m being honest, Beyoncé pulled a gangster move that out Gaga’ed Lady Gaga, Queen of Media.

2. They Know Everything Has An Expiration Date: We have short attention spans. You might drop a hot-ass single right now, and it might be the Song of Summer or the Song of 2013, but what are you going to do next? This is the sole reason Lady Gaga got so famous. She was the exact type of star we needed at a time when celebrity was boring, and more to the point she kept us all guessing about what she could possibly do next. What would her next stunt be? That’s why she got so much press the first time around, that’s how she seduced everyone. Now? In a field that includes Lorde, Macklemore + Ryan Lewis and others, Lady Gaga seems like an afterthought.

3. They Know They Have To Disappear: It doesn’t matter where you go—take a vacay, go on a missionary trip. Go to Starbucks and do crossword puzzles all day. Just do anything to get out of the public spotlight. Nobody can stay famous 24/7/365, because then we will get sick of you. And instead of eagerly buying the magazine you’re in or jumping on concert tickets to see you, we roll our eyes and go, “Eh, maybe next time.” When you disappear, you give us time to live without you, to have not listened to you in quite some time, and frankly to be ready and cleansed for brand new material. By the time you come back, we are DYING for you to bless us with your celestial gifts.

4. They Have Serious Talent: Do I even need to say this? You need to have talent to remain relevant as a pop star. See, being relevant is not about being the only star in the land but one who has a thing that is definitely your thing that nobody else can do or touch. Lorde sounds like Lorde. Gaga wears popsicle sticks. You can’t pull this off if you don’t have talent. Otherwise, you’ll get lost in the wind.

5. They Have Evolved: When you’re a huge pop star, it’s hard to veer too far away from the sound or antics that got you famous. So your main goal is to continuously capitalize on what got you famous. Evolving doesn’t mean copying whatever trend is hot right now, like the shit the “cool spotters” you pay tell you is in. When Madonna’s MDNA came out I gave it a quick listen and I rolled my eyes all the way from Timbuktu to the local glory hole when I heard that one of the tracks has a dubstep drop. Really, Madonna? Child, u ain’t listening to no dubstep. Evolving means staying true to your artistic vision while also taking stock of the changes that have hit the marketplace. Otherwise it’ll just sound like you’re pandering, and nobody likes a pandering, talentless pop star with no ideas of their own!