The Origin of Uncle Sam

On the phrase and famous poster. 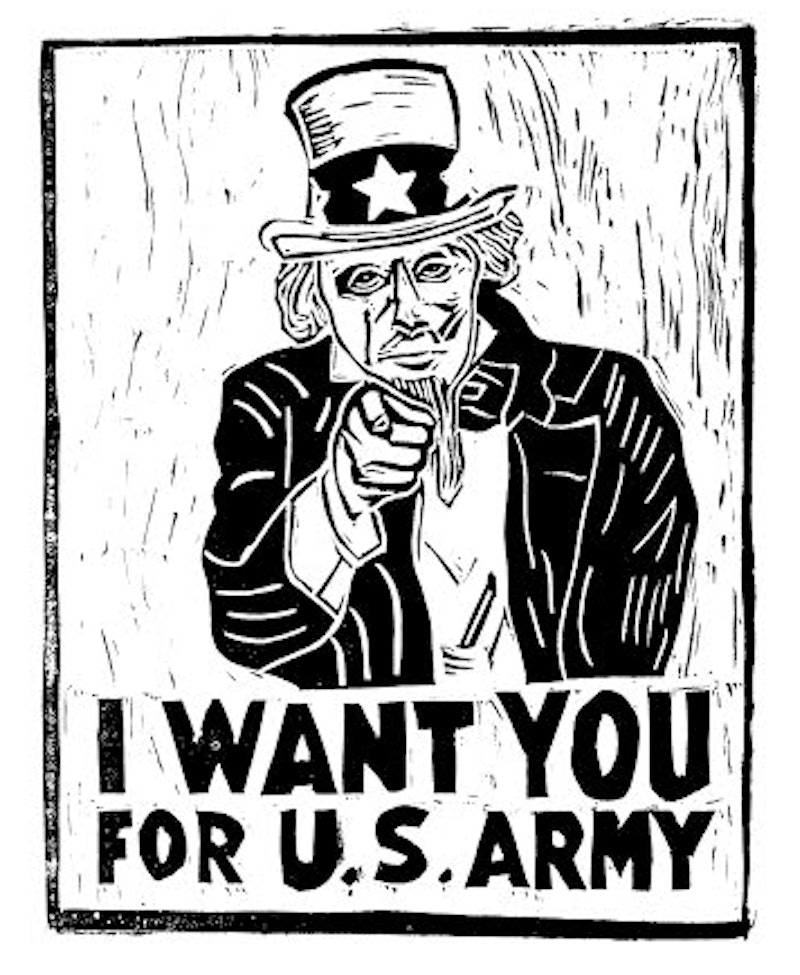 In 1916, the magazine Leslie’s Weekly featured a cover portrait of “Uncle Sam” with the title “What Are You Doing for Preparedness?” Painted by artist James Montgomery Flagg, the stern and threatening demeanor of America’s father figure was a call for the country to wake up and do its part for the war effort. The image quickly became the most famous poster in the world. Four million copies were printed between 1917-1918 as the US entered World War I and began sending troops and supplies into war zones.

Because of its popularity, the image was later used during World War II as a recruitment tool. The poster instilled a sense of patriotism and confidence and elicited strong emotions from prospective recruits. Flagg appeared at the White House and gave President Roosevelt a copy of it.

Historical sources attribute the term “Uncle Sam” to a New York meatpacker named Samuel Wilson who supplied beef to the US Army during the War of 1812. Beef barrels were labeled with the initials “U.S” which soldiers joked stood for Uncle Sam. By 1816, cartoonists commonly used “Uncle Sam” to represent the United States. Initial images resembled Samuel Wilson but by the 1870s political cartoonist Thomas Nast began drawing “Uncle Sam” to look more like Benjamin Franklin.

Flagg’s World War I portrait used himself as a model to save on modeling fees. During World War II, America was code-named “Samland” by the German Intelligence Agency. The musical Yankee Doodle Dandy played off the image of Uncle Sam as an elderly man with white hair, a goatee and a top hat.

There are two memorials to the life of Samuel Wilson. One is in his birthplace, Arlington, Massachusetts. The other is in Troy, New York where he lived most of his life. In 1989, Congress designated September 13 (Samuel Wilson’s Birthday) as “Uncle Sam Day.”