Why the Emphasis on Coming Out?

It’s time to do away with the straight and gay binary outlook. 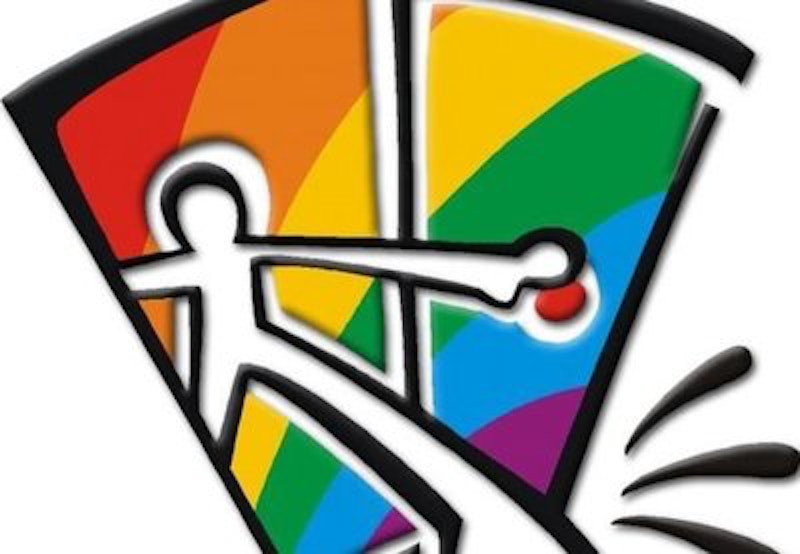 In Starbucks the other day, I was eavesdropping on a young brown girl spilling “tea” with her father about her sexuality. “You will still be a grandpa,” she said, calmly assuring him that she still wants children… but just not with a man.

They sat at a small table, leaned in towards each other and spoke quietly. It was too deep to pass up! I began to ponder what the man going to say to his girl. However, the daughter was poised, well-spoken, direct in her delivery and even had a slightly humorous look on her face. She just seemed to be killing time talking with her father. That’s often how I feel when I engage with my own father, with a feeling of “I really hope this food hurries up because I am running out of things to say.”

He looked into her eyes, grinned, took a long pause and then said, “When I was your age, the gay parties were always more fun.” I thought, great response, dad! He didn’t make a big deal over it, and eventually they talked about other things, but it was clear from the looks on their faces that the original conversation was still ongoing.

Why do we (even gays) place such importance on coming out? What does coming out even mean any more in this new age of “equality”? Doesn't it perpetuate the “us and them” thinking, the straight and gay binary outlook? To be inclusive we need to realize that coming out is not all that important in almost all situations. I probably spend one percent of my day thinking about things that only a gay person thinks about.

People are still chattering about how being gay will affect a football player's career, but I’m not just not interested. After all, shouldn’t his performance on the field be the only thing we are concerned about? When it comes to something you’re getting paid to do, no one should have anything to say about your personal life as long as it does not jeopardize the job.

It’s time to do away with “coming out” ceremonies, whether for gossip or celebration. The world is changing. We have a black president, women like Sheryl Sandberg are making other women “Lean In,” and more white people have EBT cards then blacks… but we still have a lot more to do.  Here’s a list of three ways to promote acceptance/inclusion without saying gay vs. straight:

1. Fix your face: As mentioned in a previous article, I believe that in our process of self-discovery, getting over the trauma of our childhood, we all have distinct types of friends and family who fit a role within our process. These roles vary from that friend you can tell anything to the friend who you don't tell anything significant out of fear that he or she couldn’t handle it. My aunt always says, “I love you but I’m just not ready for anything involving you being ‘gay’ around me,” but I also have a best friend who got kicked out of a club for slapping a guy who called me a faggot. My point is: realize your potential. What kind of a friend can you be while staying true to yourself and not pushing beyond your limits? You must be open and honest with each other in order to get to that goal of full disclosure. Become a supporter without the theatrics, and avoid saying things like “omg, I had no idea” when someone opens up to you.

2. Connect the dots in your circle. Encourage your friends to interact with each other, because that promotes inclusion within your special groups. My friends are so different from each other; some don’t even speak more than 100 words of English, but I think when they meet or somehow interact it’s like a puzzle that fits together. Usually, as we grow up our friends begin to differ more and more because we enter different parts of the world. High school classmates, college friends, and the few co-workers that you chill with are usually, when combined, a very diverse group of people. If you’re gay and want your co-workers to accept you as you are, then introduce them to someone who does! Let them see true organic friendship. Introduce your straight friends to your gay friends. Don't let your sexuality separate your social circle. My Jamaican grandmother would know nothing about Japan if I didn't tell her stories all the time, and now she loves Japanese kimonos. Through this method I can soon take her to a drag brunch: ”Yaaaass, Grandma, this is a kimono showcase for the Gods Hone’y!”

3. Here’s an example of a way to approach your differences. The first or second sleepover I have with one of my non-black friends, I always notice a certain process when we get ready together. I get out of the shower and tie a do-rag on my wet hair and then “Connie” says, in a high-pitched curious voice, “What is that?” And I reply, “Oh, girl, it’s a do-rag, this is how my hair waves up.” Then we move on, and every time I’m with her she pays no mind to my do-rag, because she just knows that’s what I do to make my weave look fresh. Give people who have no idea about your lifestyle a few cups of tea on you, but in a casual “This is me” way that gives them no choice but to accept you. Explain yourself and keep moving. Remember, the good teachers in school were always the ones who had a “no question is a stupid question” mentality.

Don’t sit around wondering if people are going to accept you or not. Don’t try to modify yourself for anyone by acting “straight” when you go out with certain friends instead of others. We don’t have to do that anymore.