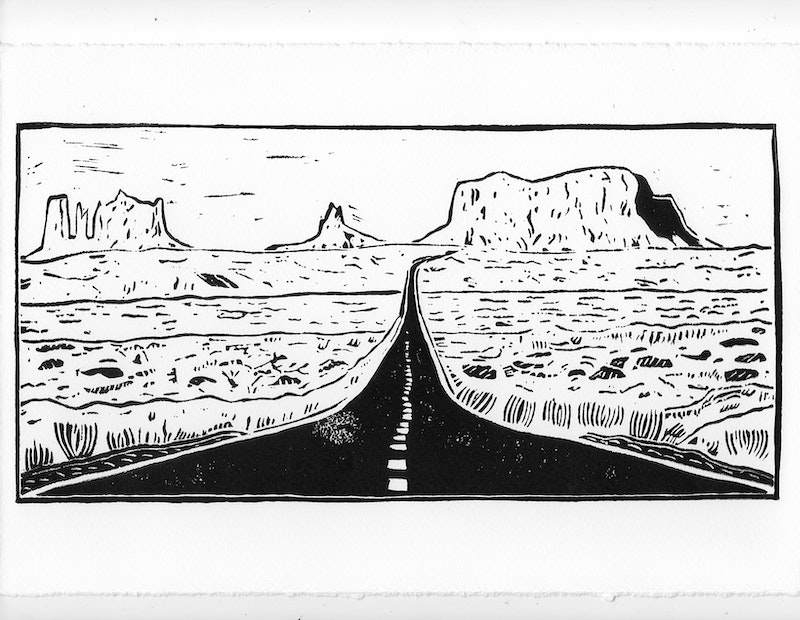 When automobiles first appeared in the early 1900s, they were enjoyed by only the rich and privileged. The few available roads were either cobblestone or dirt "mud traps." Private for-profit auto clubs emerged to build roads accessible only to members. With the advent of Henry Ford's Model T in 1908, cars became available to the masses. Cities and towns built their own asphalt roads but there was no organization on a national level. The Federal Highway Act of 1925 sought to resolve confusion between state and local routes.

Highways were given a standard numerical designation—north to south highways were odd numbered, west to east highways were even numbered. Redundant numerical highways were renamed. The automobile industry struggled during the Depression and World War II but the early 1950s saw a major increase in car ownership. Road trips emerged as a desired vacation choice and new businesses were born: gas stations, roadside diners, repair shops and highway motels.

President Eisenhower argued that in the event of a foreign invasion the Army would need highways to transport troops and supplies across the country. He passed the National Interstate & Defense Highway Act of 1956, which authorized the creation of 41,000 miles of highways. Today the US highway system totals more than 157,000 miles.

I love road trips. My favorite trek is driving north on Highway 1 up the California Coast. I stop for chicken pot pie at Linn's in Cambria, go jade-hunting at Jade Cove in Lucia, and then hike through the redwoods in Big Sur. There's something magical and liberating about leaving the city behind and taking unknown roads through small towns and the beautiful back country. You're filled with a sense of possibility and you never know where a mysterious road might lead. The open road beckons and the lucky few heed the call.