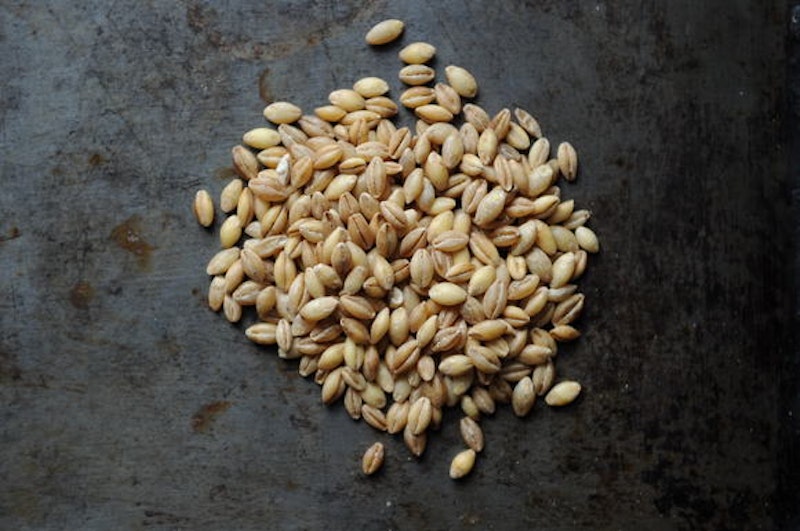 15 ounces of barley water, 10 ounces of homogenized milk, 3 ounces of Karo corn syrup (as the Romans had honey, 2 ounces of honey may be used instead of corn syrup, if desired). L. Ron Hubbard claimed he "cognited" this formula when he remembered a past life as a Roman centurion. He claimed it was high in protein and his formula was far better than breast milk.

A fellow Scientologist shared his vision with me as we sat on the balcony of his house in Beverly Hills. He made his fortune as the inventor of the beanbag chair and believed his next million would come by mass marketing Hubbard’s baby formula. I went to work for him sometime in the late 1970s. He had an office on Pico near Beverly Glen. I was excited about the idea of working close to a rich guy and had high hopes that I’d become wealthy.

Here’s what Hubbard said: “Breast-feeding babies may have a nostalgic background, particularly to a Freudian oriented medico, but real breast milk again is usually a poor ration. Modern mothers smoke and sometimes drink. Smoking makes the milk very musty. Anyway, a nervous modern mother just can't deliver the right ration. Maybe it's the pace of the times or the breed, but there are few modern Guernsey-type mothers. So even without drinking or smoking, one should forget breast-feeding.”

The beanbag chair mogul wanted to take the formula that Hubbard recalled and improve on it by making the stuff in an instant powdered form. Just add water and you had the best Baby Barley Formula on the planet. It had to be since it came from Hubbard’s direct recall of what the Romans fed their babies.

I so strongly believed in everything related to Scientology I felt the stuff would sell itself. All I had to do was get moms and their precious babies to try it. I used the Yellow Pages and called any store with baby-related products I could find and offered to drop off free samples to any willing mother. I drove all over town on my motorcycle and made deliveries.

But if any sales ever came of my efforts it would’ve been after I was fired. The last words the would-be mogul said to me with a tone of disgust in his voice, were, “You’re not a salesman!”

I managed to sneak a few containers of the barley formula in my backpack out the door on my last day. On more than one occasion they would serve as my only meal of the day as I tried to figure out what I’d next have to sell in buying my way up the bridge to freedom. It actually tasted pretty good.