All yours, if you choose to accept them—and you must. 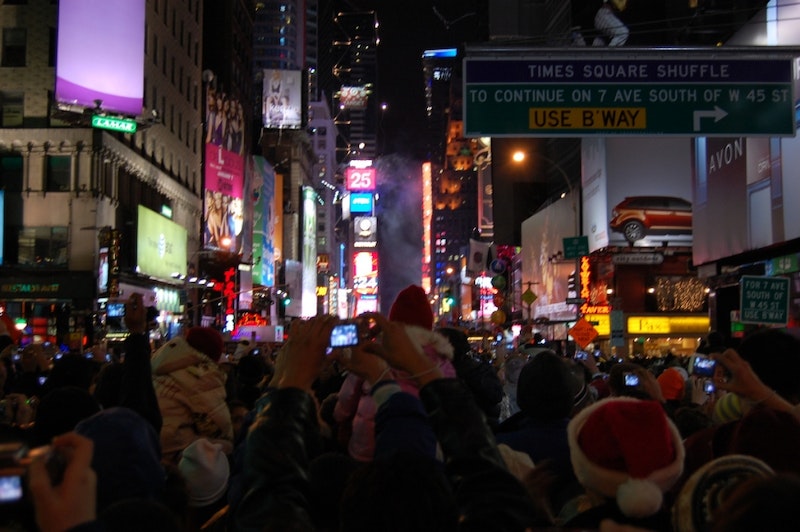 Shine brightly, incandescent, luminous. Be yourself. Be the best version of yourself. Embrace benevolence. Eschew eloquence. Have a V8 in triplicate. Take a walk in the rain. Quit smoking. Double down your debts. Cut back on the drinking. Maybe patronize a hypnotherapist, go for a colonic, sign up for a spiritual retreat. Laugh unexpectedly. Allow a stranger to change lanes in heavy traffic. Learn a trade. Read a classic novel, but not in fits and spurts. Start a journal. Prepare a personal five-year plan. Deify clouds. Design a series of inspirational posters. Place blank scraps of paper in a drawer, close the drawer, and visualize the words that should be written on those scraps, but refuse to be in any way disappointed or chagrined when those words fail to materialize. Disingenuously engineer a conflict between people you know well, then step in as a sort of grand conciliator. Build a city in your living room out of hard foam and spend the rest of the year destroying it in slow motion, in costume. Adopt a highway, or a spaniel mix, or a theoretical patois, or all three, but never put on airs, and shake hands like you’ve got something actual at stake. Study what people say and how they say it. Be self-aware. Pray when you don’t necessarily want or need anything personally. Pay for music. Pay a compliment. Pay attention. Catch a string quartet in the park. Some fiddling with your smart phone all the time – everyone knows you’re doing it and it’s distracting and betrays a lack of respect for the present moment. Sidestep sidebar conversations in meetings that other people are leading. Abhor small-mindedness. Wrestle your pets. National Public Radio. Believe in the implausible. Invest in Laurie Spiegel. Donate something. Putt from the rough. Run around the block. Run cords through an eyelet. Run the table. Run numbers. Burn in effigy.