Nothing Remains Static, Ever

If we could just talk... 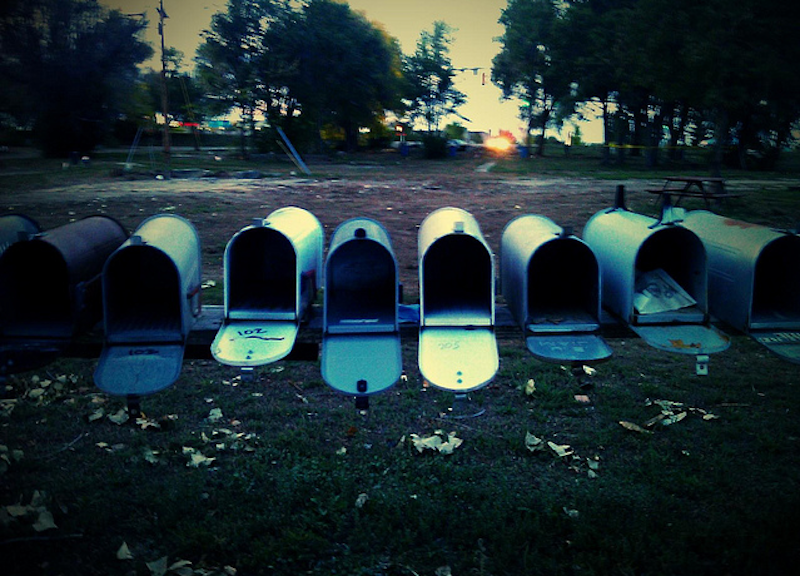 The last time that I really remember being aware of a mailbox—aside from visits to post offices, which don’t count—was some years ago, when we lived in a Reisterstown, Maryland apartment. It was right there when you exited our court. The bills and parcels fell easily into its dark, gaping mouth, and it made a nice touch point for winding down walks and runs. It was standing sentry when I left for work in the mornings and when I came back at night. And then, all of a sudden, the mailbox was gone. I thought it was in for repairs or being replaced with a newer model, but nope: just a discolored patch of grass where the mailbox had been. Not long after that, their sudden, universal absence asserted itself, and it bothered me. Then I forgot all about it. Life went on.

There’s a phone booth a stone’s throw away from the gas station where I usually go, but I can’t really call it a phone booth in the classic Superman sense: there’s no privacy or anything, really it’s just a phone console bolted to a pole. A loud red and green sign communicates that one could use this phone to call Mexico if need be and that local calls are absurdly expensive, unless a) you have a credit card or b) a sock full of quarters that you carry around for such occasions.

I’m stunned whenever I see more than one human-helmed checkout line open at Wal-Mart. I just realized the other day that I haven’t purchased a new compact disc all year and haven’t especially missed the experience. I was unable to sell my father-in-law’s unwanted VHS tapes at a local store, which has recently amended its policy regarding the purchase of visual media: DVD and Blue-Ray, exclusively. The first time I recall someone using a cell phone in a movie: some preppy jack-off in House Party II. The first time I recall seeing someone using a cell phone in real life: some preppy jack-off at my college, autumn 1995.

A few days ago, per my wife’s request, I tried to mail a DVD to my brother-in-law. Our neighborhood mailbox set up is pretty common for Round Rock—and apartment complexes everywhere, though this isn’t one—everyone has a mailbox in a gray metal shelf situated beneath a wooden shelter. If you receive a package that’s too large for your household box, the package is placed in one of a number of larger communal boxes situated toward the bottom of the shelf, and the key to that box is placed in your mailbox with your regular mail. Three outgoing mail slots are offered; these are exceedingly narrow, and as such I was unable to mail the DVD.

I asked my son, who turned six in September, if he could remember ever seeing a blue mailbox. He thought for a moment. I explained briefly what the utility of a mailbox was. Then he nodded his head, smiled, and replied, yeah, he’d “seen them in some cartoons.” Most of the cartoons he watches date back at least a couple years before his birth.