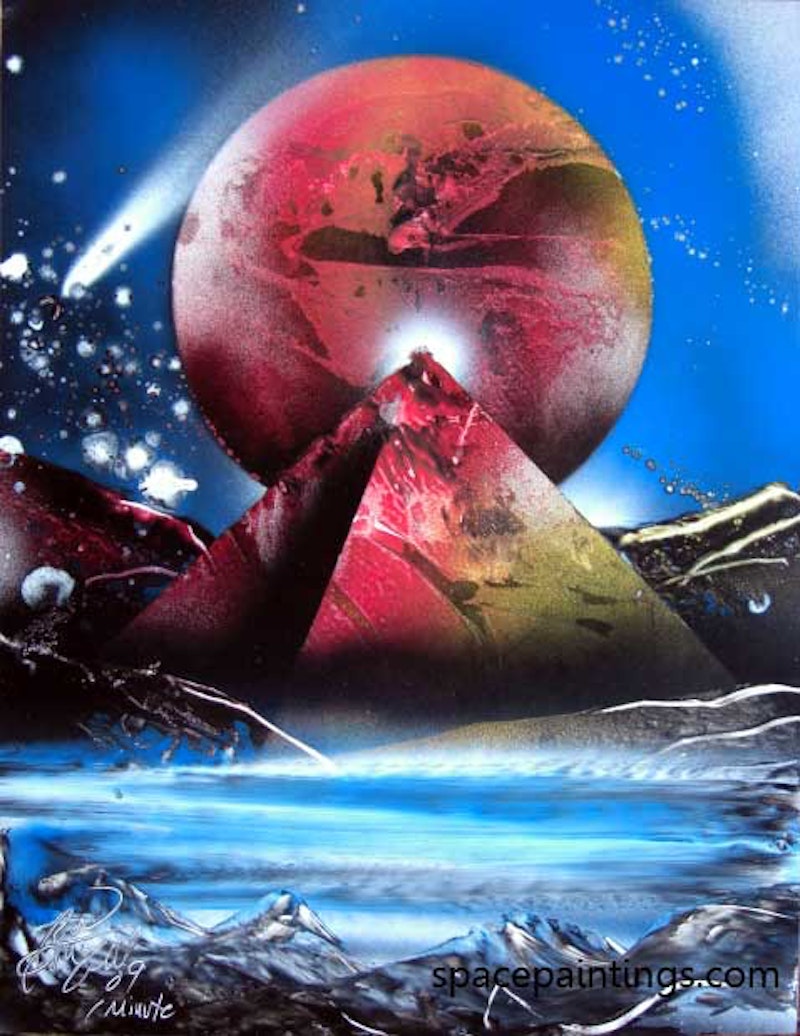 There was a distinct period of time in junior high school when the implied quality of student artworks was contingent solely upon the amount of time that went into the work. Upon the declaration that five hours was spent working on shading your unintentionally nightmarish depiction of a cow, your work was implicitly better than the slightly less profane, four-hour cow. In the hierarchy of the untrained eye, these were the necessary divisions.

I never understood them, and I never regretted leaving them behind. There is no realistic quality scale that exists between the meticulously detailed and the spontaneously generated image. So, I remain perplexed when an artist attempts to define any visual artwork by the amount of time taken to make it. It's a kind of gimmickry that betrays the final product and should be relegated to a booth at the state fair, right between the county's fattest pig and the guy selling an ungodly amount of tube socks for the middle of August.

Still, there's a lot to be said for Brandon McConnell's one-minute approach to creating artwork—but it's not all about the subjectivity of art, or the commercialization of it, or even the fact that they encourage other aspiring “artists” to mimic the techniques demonstrated through instructional videos sold alongside the dubious masterpieces. At the suggested rate of $40 per one-minute painting, and presuming that there's a steady influx of people who really, really enjoy things that look like Lisa Frank abortions, there's a potential profit of $2400 per hour. I'll let you do your own math. All I know that after two hours, I'd be able to afford that Star Trek pinball machine I've been pining for. The guy makes a living off of the common perception that all original art is worthwhile and precious.


Using pot lids, wax paper and a whole lot of spray paint, McConnell has developed some pretty ingenious, simplistic methods for creating the appearance of natural textures and features on canvas, and at an incredibly rapid pace. Of course, there's a limit to how much you can do with coffee cans, stencils of dolphins and a stopwatch, so a certain amount of homogenization creeps over the collective works. They are not masterpieces, but they are quirkily charming, and so cheesy that they'd be perfectly at home in Pee-Wee's eponymous playhouse.

While I'm very outspoken against the whole “art as product” thing in most contexts, the unintentional side effect of this process is the demonstration of the fact that instant, microcosmic processes often have a stunningly similar appearance to eons-long macrocosmic processes; something both scientific and spiritual which is relevant on a far larger scale than a goofy space painting is meant to describe. A ray of spray paint particles from a pinpoint nozzle behaves and disperses like a ray of light, and the folds in a piece of paper look stunningly similar to the massive geological folds of a planet. Marks that are more directly moderated by the human hand are rarely so realistic, and when the artist begins to make deliberate marks on his canvas, the image begins to reveal its inherent flaws. The truth remains that a field of stars applied by the random spatterings of a toothbrush is still far more realistic than anything that a human hand, which is implicitly tied to the desire to organize, could possibly produce. It stands to reason that if this were approached at a more reasonable pace, the results would also be more reasonable, and far less attractive.

There's a place for the deliberate delicacy of the human hand, but outer space is not it.