The No Future of Vision

What will people want to watch one year into quarantine? 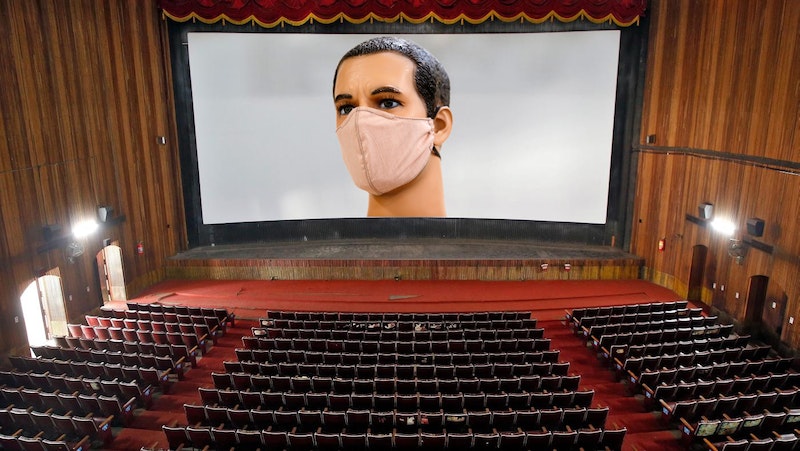 In the early-1950s, Hollywood scrambled to figure out a way to compete with television or die a pauper’s death. A reporter asked Samuel Goldwyn why on earth people would go out to the movies if they could just watch them at home? “You can cook at home, yet people still go out to restaurants.” AMC is close to filing for chapter 11 less than a month into the nationwide shuttering of movie theaters. I’d be surprised if they survive this crisis—AMC, along with Loews and Regal, will probably go the way of Tower Records, Virgin Megastore, Suncoast Video, and Sam Goody.

The coronavirus pandemic is going to cause unprecedented disruptions and interruptions across the world for at least a couple of years, plenty of time for behemoths to bleed what little money they have left. It took file sharing and DSL to wipe out music chains, and by the early-2010s, movies were much easier to torrent, and so went Blockbuster, Kim’s, and Video Americain. There will be no more suburban movie theaters.

Disney will own at least one theater in every major city that’ll play only Star Wars, Pixar, and the DC “extended universe,” plus whatever animated classic they’re removing from their vault for its nth anniversary. That Disney vault stays locked, and don’t expect them to open up access to the 20th Century Fox catalogue soon, especially now that theaters are out of the question for at least a year. Whatever goes up on Disney+ is scrubbed and polished for a new future where sins of Disney past are forgiven and forgotten. But the correct aspect ratio of The Simpsons—this isn’t a sin. Amazon may stream more movies than any of its competitors, but it frequently crops content without notice, explanation, or care. Unlike a disc or a tape—an archive—you cannot trust a stream to remain static. It’s not an archive.

History shouldn’t be treated like a stream. The cycling in and out of a very small amount of content without any transparency or respect for the audience is so disgusting, such an obscenity to people who would (and do) sign up for a service that went out of its way to be accommodating. By all accounts, The Criterion Channel offers a lot, and without a subscription, I’ve enjoyed reading Splice Today contributor Matthew Surridge’s weekly write-ups of their relatively idiosyncratic programming. But The Criterion Channel—and FilmStruck before it—is the exception that proves the rule. Part of the appeal is as a counter to these faceless Matrix dispensaries of media that go out of their way to make you feel less human. Is there anything more insulting to the intelligence than Netflix nixing end credits entirely?

It’s of a piece with companies finally embracing the gluttonous fantasies than ran rife only through parking lots and wastelands of American pop culture. What about a sandwich with no bread? Cool Ranch Doritos, but More. Actually no chips, just the dust. Very few people stay to sit through the entirety of a film’s credits once it’s over. Most get up and go as soon as the first title card comes up. They don’t care about the First or Second Unit Production Manager.

Demand for filmed media is higher than ever for obvious reasons, and with everyone glued to the Internet but with nothing in production, how will anyone fill the gap when this pandemic inevitably stretches past a year? No one has a stockpile to air, distribute, or release in any way that could last from now until spring 2021. Will we see a resurgence of plays on television? The mainstreaming of a Brechtian WrestleMania without an audience? Quarantined celebrities starved for attention and adulation making really messy decisions in the form of blackbox monologue, or a two-hander between two furloughed SNL ensemble players where they reenact that day’s Trump briefing on the virus?

Those Trump briefings are the new must-see-TV. They don’t make a lot of news, but viewed episodically, they’re more interesting than most of the original programming available on Netflix and Hulu. I’ve heard good things about the new HBO adaptation of Philip Roth’s The Plot Against America, but even when the late master saw this coming 16 years ago, why not just watch the real thing? I mean, Trump preventing Dr. Fauci from commenting on hydroxychloriquine? There are historical reenactments and there’s history happening before your eyes. How long until Trump nationalizes the airlines? What about Medicare for All? Joe Biden and the DNC seem intent on sticking to Oliver Twist size portions when it comes to progressive concessions, I have no idea why—if it really is pure resentment for Bernie Sanders and what he did, they’re more stupid than I could have ever imagined. (Lowering the age for Medicaid to 60? Joking, correct?)

As people wither in their homes, sinking deeper into unfamiliar terrain, forgetting routines and losing the desire to “better themselves,” will they even want to watch TV? Probably, so how do you program for an audience of clinically depressed adults? Anything lighter than melancholy goes out the window. Does Béla Tarr become appealing? What do people like to watch when all they want to do is die? What about when the images they’re seeing and sounds they’re hearing no longer apply to them, stories of a world that no longer exists and won’t be coming back anytime soon? What use is “bettering yourself” for slaughter?