The piety of minced oaths and eunuchs of the #Resistance. 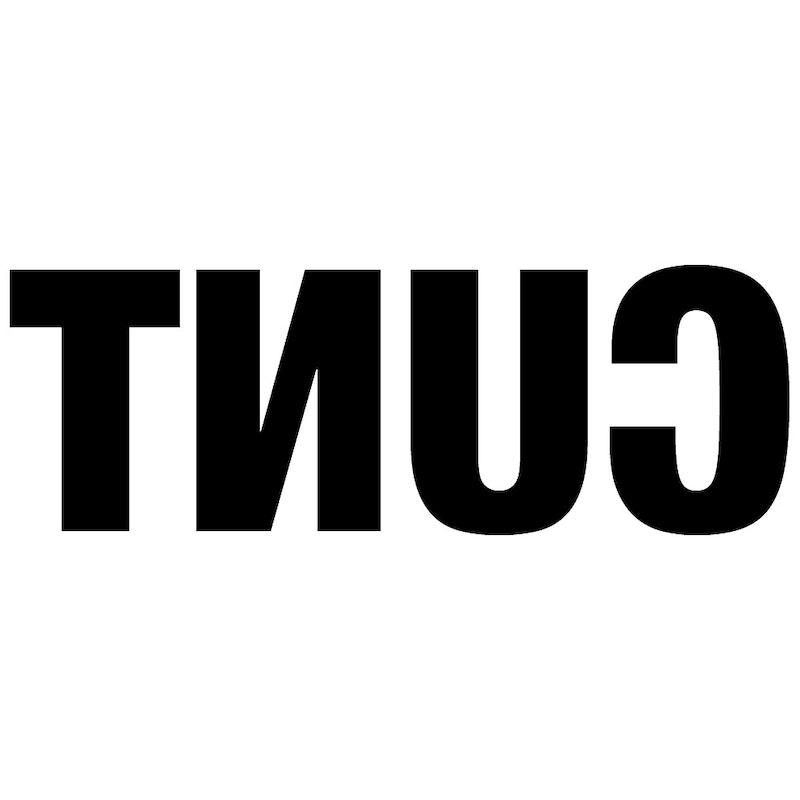 “Be nice to people even if you don’t want to f#ck them.” I don’t know who’s in this sign, or what its purpose is in whatever DUMBO startup that since shuttered. What’s the purpose of the pound sign? The sign says, “fuck” in it. During one of Trump’s coronavirus briefings, I went on Twitter and saw a regular hate-watcher of the President say something about his daughter, who they called a “c*nt.” This amazed me. “Cunt” has been the most extreme and heavy-duty curse word in America for at least 50 years. It isn’t a slur, and in publications not made specifically for children, its uncensored publication presents no problems.

So why censor it? If you’re going to call Ivanka Trump a cunt, call her a cunt. It’s not hard. It’s fun to insult people. But you see this auto-gutting of language by liberals that seem desperate to lose to Trump. He’s the most mocked president in modern American history, and as I wrote on Monday [https://www.splicetoday.com/politics-and-media/letter-to-bernie], Bernie Sanders will never make it to the White House because he was too much of a mensch to call Trump “retarded” or Joe Biden “challenged.” He should’ve, he’d probably be winning now.

And all of these people—whether it’s the #Resistance, Clintonites, or Elizabeth Warren’s Heaven’s Gate—despise most in Trump what pushed him over the top: delivery. Conservatives have been calling Hillary Clinton and her daughter cunts to their faces for 30 years—why not return the favor? I don’t think the DNC wants to win, at least not with Biden—if he does, well, nice surprise. Otherwise, why would Nancy Pelosi go on TV and show off her $20,000 fridge and stockpile of ice cream? There’s enough material in that interview for a dozen attack ads. They’ll do everything short of putting a chyron that says “BITCH” under Pelosi’s face—in fact, they may sneak in their own minced oath, spelling the word out with objects and shadows, giving themselves all plausibility deniability (as with the “OK” gesture).

A fifth-grade history teacher gave me some advice I resented at the time but think about often now: I’d written a story with “f*#k” in it. He laughed, and didn’t really chide me for including a curse in an assignment, but instead said, “You know, the effect is the same when you write that. I know what it means. What’s the point?” The power of calling someone “retarded,” or “fucking stupid,” a “bitch,” a “bastard,” or a “cunt” is entirely in the word, in their sonic syllabic brutality. Effective curses sound like weapons, like bombs—and the effect of saying something like “c*nt” is to pull the grenade pin on yourself.

Kathy Griffin never should’ve backed down after posing with a bloodied Trump effigy in early-2017—even if she was threatened by the government and thousands of people to this day. Samantha Bee, a hypocritical coward, apologized for calling Ivanka Trump a “feckless cunt” in 2018, despite facing backlash only from the right and the most uptight and puritanical and feckless people on whatever her side is. When you see Biden barely able to read notes off of a cheat sheet live on CNN while the anchors must clearly hold back, you ask yourself if this Party wants to lose.

Sanders has been neutralized, and Rashida Tlaib is being primaried by another Democrat. Remember when Tlaib was the love of the #Resistance for saying “We’re going to impeach the motherfucker”? That love evaporated as soon as she encouraged an audience in Iowa to continue booing Hillary Clinton. Why shouldn’t we? She lost the most winnable election in American history by being an arrogant, out-of-touch, feckless cunt. There. It’s not hard if you really want to.