The Liberation of the F Bomb

Because cursing is fucking fun. 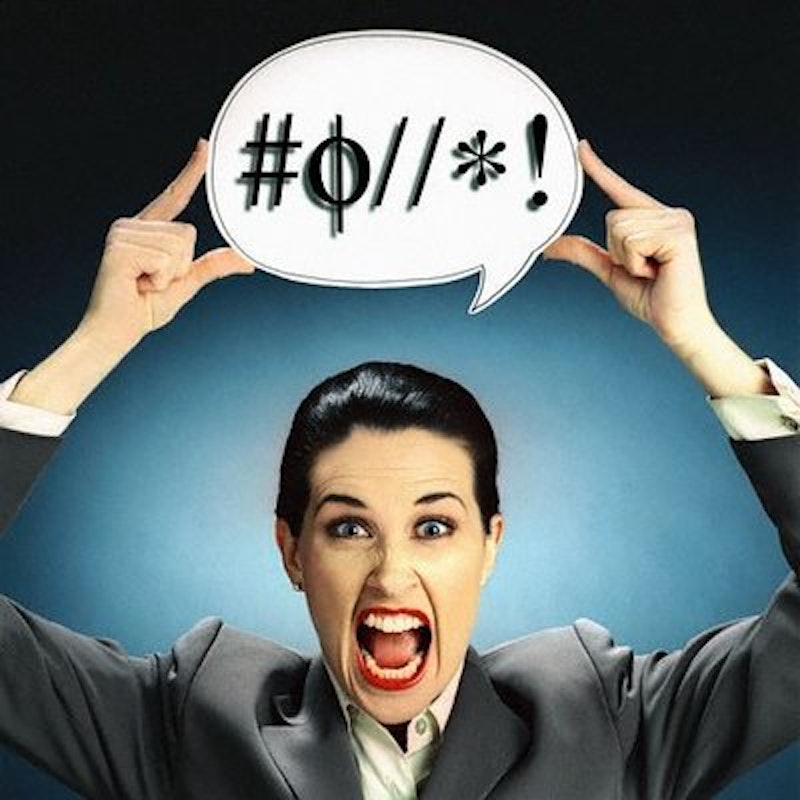 I’ve been a professional writer for a long time, nearly 20 years. I’m old. Old enough to be good at the “Crooners” category in Song Pop. I began my career back when my oldest was born and I was still excited enough about motherhood to actually want to stay home with the kids, so I started freelancing for newspapers and magazines back when print publications paid freelance writers (versus overburdened staffers) to do so.

My first newspaper humor column “Quite Contrary” appeared in a weekly newspaper in Frederick, Maryland. I was paid $25 a column. I won’t bore you with my whole resume, but suffice it to say I went on to bigger publications and eventually fulltime editing jobs. In absolutely zero of the aforementioned paid writing gigs was I able to use profanity. There is no profanity in print unless it’s in Playboy, The New Yorker or Vanity Fair, and a few other magazines and newspapers for which I don't have enough talent to write. So before the Internet, I had to say “heck” and “doggone” a lot.

But I was born to be a cusser. I don’t know whether my parents conceived me on a boat, so I have some kind of hidden sailor gene or whether my upbringing as an upper white trash, mildly wrong-side-of-the-tracks girl was enough to do it. Although I do my best not to use profanity around my four kids, I use it every other chance I get, and in fact founded my blog Pajamas and Coffee back in 2008 mainly so I could pound out potty talk riddled rants while I stayed in my pj’s and drank coffee. I still do that, and it’s pretty fucking awesome.

It’s liberating to use profanity. We are grown-ups. We are not going to be sent to the principal’s office for using a bad word. Plus, as long as you don’t overuse them, curse words can be extremely effective in a sentence. If you were reading a book right now, one of the two following sentences would tell you more about a character. Consider the difference:

“I can’t believe I just lost my job.”

“I can’t believe I just lost that shithole of a fucking job I hated anyway.”

I still write for print magazines and newspapers once in a great while, and they still don’t like the f bomb. I also write for several different websites in addition to my own drop-f-bombs-like-it’s-my-goddamn-job blog. I gotta say, I’ve run into the whole “You are so edgy! Write for us so we will be edgy, too!” thing, and then I write something, and all the cusswords get cut out because someone is afraid of losing advertisers.

I understand this. My blog makes practically no money because I write about pool boy sex fantasies or use the term “Cuntasaurus Rex” all the motherfucking time. I know it is the golden rule that mommy bloggers don’t use foul language on their blogs because advertisers will complain. This is one reason I loathe the term “mommy blogger” and if someone calls me one within earshot, I reserve the right to punch them in the babymaker.

Right now, Splice Today is my favorite place to write. Like Goldilocks in the forest, I have found website porridge that is either too hot or too cold for me, and Splice always feels just right. Also I get paid to use the f bomb. And that? Is a fucking writing career win.