There’s an Addictive App for That

Song Pop had me at naming that tune. 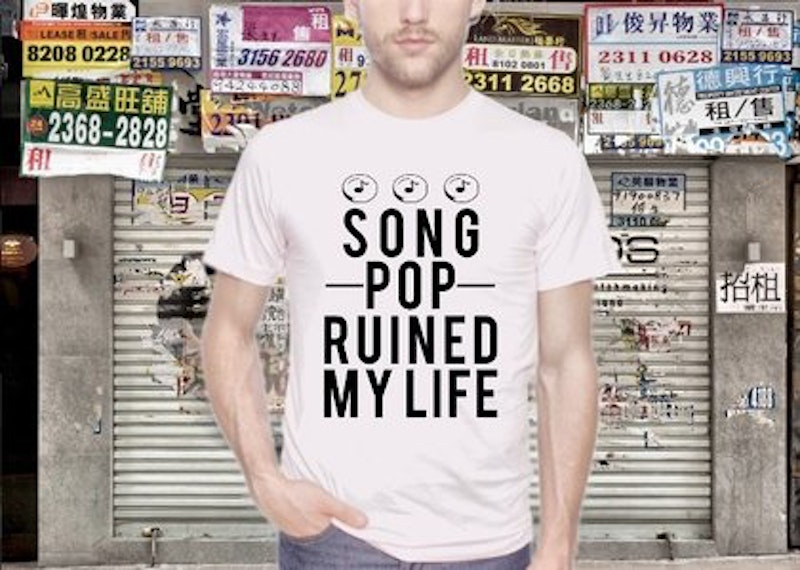 I have an addictive personality. Under other circumstances, I would be a raging alcoholic. I’d be really good at it, too, since I’m Irish and (recovering) Catholic, and my dad was one. I could rock being an alcoholic out. I am talking Tiffany crystal whiskey tumblers and all.

But alas, I went to college and majored in psychology for four years so I could beat the tendency out of myself and become a frustrated rageaholic instead. Fun! Well, at least I didn’t turn to drugs (if you don’t count the marijuana I may or may not have inadvertently taken from my teen’s room and then… ah, never mind).

I traditionally channel my addictive personality into more healthy things than booze and drugs, like innocent people and iPad apps. Back before apps, I had to be addicted to eBay and lame computer games like Tetris and Solitaire (yawn). When the Sims came along, I was addicted to creating fake houses and people you could kill if they were whiny, and with Sim City? You could be the virtual king of the world… or at least a small town. And I will shamefully admit to a brief Farmville addiction (that’s definitely the most embarrassing).

I’d say Words With Friends was the first app I was addicted to. I loved being able to virtually play the Scrabble equivalent with my brother in another part of the country, or a stranger in Australia.  I still play and love it. Scramble (the Boggle equivalent) is fun but gets boring if you play it too much. When Draw Something came out, I was in love with that. I’m now kind of bored by it.

The other day I was introduced to Song Pop. This app (in case your children aren’t already making their own dinner because of it) is basically a modern day version of Name That Tune, a tv show I loved as a kid. There are music categories like 90s Alternative, 80s, Love Songs, Disco, Today’s Hits, Rap, etc. and you play against your unsuspecting non-addicted Facebook friends.

In the 1990s, I was getting married and having babies (and apparently not having a radio), so 90s Alternative is kicking my ass. Counting Crows versus Gin Blossoms? FAIL. I can recognize “99 Luftballoons” and Bon Jovi as well as the next 1987 high school grad, so I’m doing ok on the 80s category. Disco and Love Songs? I’m a true ass kicker—thanks, Donna Summer vinyl record album! Today’s Hits? Well, thanks to kids who listen to Katy Perry and Bruno Mars, I can get by. I know Lady Gaga from Adele, which helps in this category. In Modern Rap, I know my Kanye from my Lil Wayne (and I keep wondering why I haven’t seen an Old School Rap category. Slick Rick, anyone?), but if the category was Country? I wouldn’t know a single song. For some reason I am especially good in the “One Hit Wonders” category, though I still can’t believe Soft Cell never came out with anything after “Tainted Love.”

Of course one of the addictive things about the game, other than the fact that I am a competitive freakshow and love beating people I haven’t seen in 20 years is the unlocking of stuff. This is how games (see also: Left for Dead zombie killing game I used to play with my teens) get you. You can unlock cool new stuff. In Draw Something, it was “paint” colors and new categories. Song Pop offers new musical categories you can “buy” with your “coins” and I keep thinking I really want to play the 50s music one, plus I heard a rumor there's an 80s hair band category. Bring it!

So who wants to play me in Song Pop?

—Mary McCarthy (@marymac) blogs at pajamasandcoffee.com and her username on Song Pop is marymac69.