The Endless Age of Anxiety

Shorthand, overstimulation, and the global village we now live in. 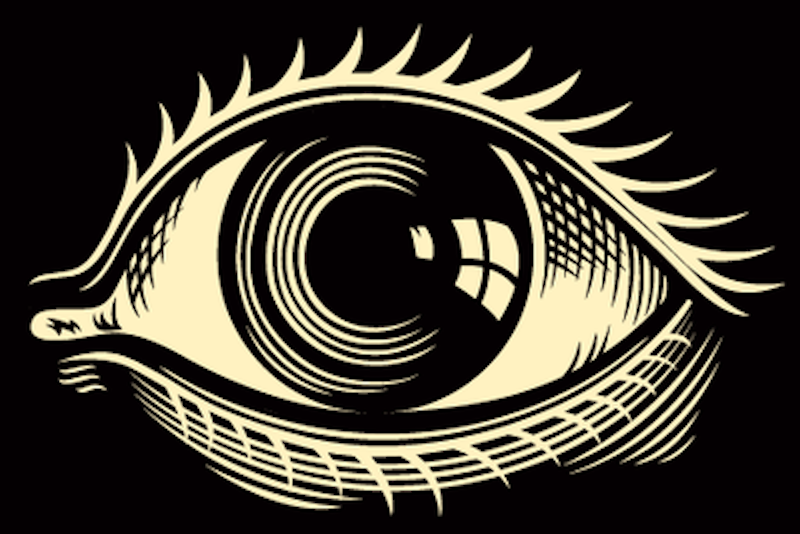 With so many people, places, and material objects on Earth, shorthand is necessary. The privilege and access that the Internet, air travel, and telecommunications provide are infinite and nobody can digest a fraction of them. We have tunnel vision because it’s in our DNA, the villages and tribes we came from were small and narrow. Extremely specific beliefs and lifestyles grow out of isolation. The “global village” we live in today breeds so much anxiety because it’s a world of “allatonceness,” as Marshall McLuhan said. The provincial fear of “others” and things that scare us or dislike remains because we haven’t had time to catch up, and probably never will. The state of Ohio is used as a punchline to mean boring, plain, or unsophisticated by people who’ve never even been to the Midwest. Slurs that are too slowly being phased out of accepted conversation are more egregious examples—“gay” to mean effeminate, weak, or just lame, and every heinous racial or religious insult with hard consonants that stab at those who’ve been born into a world that’s hostile to them. Finally, the “F-word” doesn’t mean “fuck” anymore.

Instantaneous electrical communication has made almost everyone armchair experts. It’s obvious, but while Marshall McLuhan and Quentin Fiore's The Medium is the Massage: An Inventory of Effects (1967) doesn’t have a hint about the Internet, it’s so prescient it’s scary. McLuhan talks about the evaporation of “private guilt”—in one passage he states that one difference between primitive, tribal societies, and ours, of the “global village,” is how interconnected we are with events and people we haven’t met or experienced. When tragedy strikes, the tribesman thinks, “How terrible it must be to feel that way,” while we immediately look for someone or something to blame. “Who is to blame for this?” There is no mystery left on Earth: everything has been discovered, God is dead, and we continue to realize every day how small and short our lives are. It’s nearly impossible to achieve a state of privacy and inner purity when the noise, the highs and lows of those around us, TV and our phones is so overpowering we get short-circuited. “The Age of Anxiety” is never-ending now.

The Medium is the Massage is an amazingly insightful book that will only become more relevant and accurate over time. McLuhan, who died in 1980, was correct in his theories on the effect that instantaneous communication and television would have on us not as a nation, or even a world, but as a species. He says that the invention of the alphabet restricted thought to the shackles of rationality and ciphers. The fact is, words rarely come close to “ineffable” feelings—the melancholy or wistfulness that drives most artists to create. In this new era, we are reverting back to a sensorial world. I think the fact that half the country is on anti-depressants or some other pharmaceuticals is a telling sign. Overstimulation breeds anxiety. As much as we say we hate TV and the sensational media, it gives us that rush of reality, life and death that modern life has removed from many of us. If we use it right, we could live in a utopia. There is a long way to go. People are eager to voice their opinions of Twitter, Facebook, and Tumblr. When a double rainbow happens, your Instagram feed will be hundreds and hundreds of pictures of that rainbow. When a “public figure”—anyone from a politician, to major celebrities, wash-ups, and the most minor celebrities you could think of (like the Man Vs. Food guy that was fired recently for telling someone to “draw a bath” and slit their wrists, for…being mean to him online?) Those who use social media every day are eager to participate, hence the name. So now, instead of a letter to the editor, you have the same platform as James Franco, Donald Sterling, and Alec Baldwin. Social justice! It’s a great thing that minorities are growing out of minorities and settling the score. We all have the power.

But people lose their jobs, their reputations, and even their friends and partners when the mob comes. If you’re George Zimmerman, Sterling, Franco (a bona fide predator, a creep, who’s good at getting a free pass), or a member of a rape-happy frat, or you shared private nudes with friends or the public, you probably deserve most of it. But the opportunity to be contrite is so narrow. Look at Conor Oberst, who was accused of raping a woman in 2003 late last year. This week, the accuser issued a public apology that amounted to “I lied about him raping me because I was in a really bad place at the time.” A friend on a Facebook thread said, “I will always side with the survivor… ALWAYS.” This attitude should feel right but it doesn’t. The statistics on fabricated rape stories isn’t nearly as high as the number of men and women who have been pressured or forced to keep quiet, change their story, or issue an apology. Oberst’s public personality and music have no bearing on whether or not he raped someone. It’s no one’s business but his friends and family, because we don’t know him personally, but his fans and haters do know him in a way, and as with any person or artist you love, you carry them with you, even if they’re gone or away. The Oberst rape accusation and apology seem pretty cut and dried. But how am I, or anyone not privy, supposed to know, or make judgments on either side? As another friend said, you must buy the apology if you buy the original accusation.

What can you do? Everyone has an opinion on Israel/Palestine—many say they don’t but must’ve mulled it over at least once but choose not to speak (wise, if you don’t know)—and there’s insanity on both sides. People who understand the full picture are a minority, as with most things. People have their preferences, some stronger than others. There can never be a solution, because Israel’s “birth right” to that little corner of the world is only relevant to them. I will always respect belief, religion, and faith to a point, but you’ve seriously fucked up when blood spills, and you antagonize your next-door neighbors. Both sides think they are fighting a holy war and that’s nuts. But that’s me in an armchair.