The Case for Witch-Hunts

From C.S. Lewis and Roald Dahl. 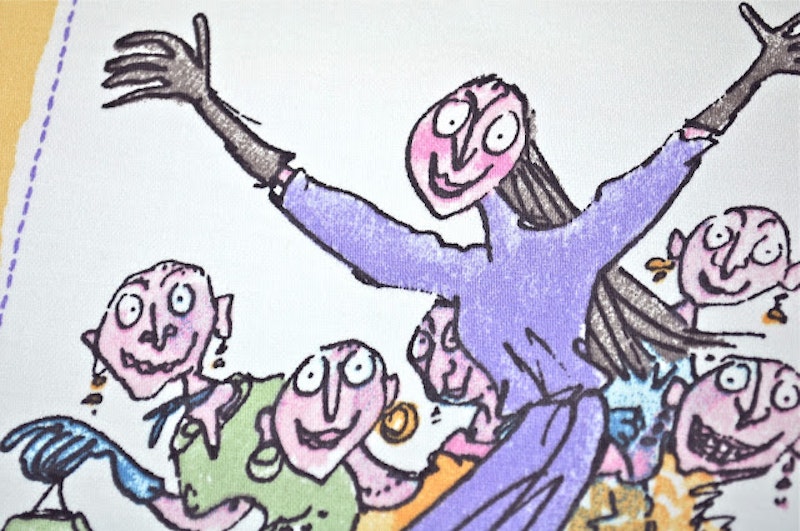 In his wartime radio broadcasts to rally the U.K. behind God and country and decency against the Third Reich, C.S. Lewis briefly addressed the subject of burning witches. The Oxford don told BBC listeners that one fellow had asked him pointedly, “Three hundred years ago people in England were putting witches to death. Was that what you call the Rule of Human Nature or Right Conduct?” He would concede nothing.

The only reason we don't execute witches these days, Lewis explained, “is that we do not believe there are such things.” If that were to change, things would be very different. “[I]f we really thought that there were people going about who had sold themselves to the devil and received supernatural powers from him in return and were using these powers to kill their neighbors or drive them mad or bring bad weather, surely we would all agree that if anyone deserved the death penalty, then those filthy quislings did.”

The word “quislings” has lost most of its rhetorical punch now but at the time it meant something awful. Norwegian strongman Vidkun Quisling was roundly hated for his Nazi-backed coup. After the war, he was tried and executed by firing squad for his crimes, including sending most of his country's Jews to the ovens. By calling witches quislings, Lewis was saying that if such things existed they were traitors to the human race, collaborators with an occupying power, opportunists of the deadliest sort.

Whether witches did exist was another matter. My sense is that even as a storyteller, Lewis was ambivalent. Yes, he did write that book called The Lion, the Witch and the Wardrobe, and the Narnia series did feature some bad humans in this world who foolishly dabbled in dark arts that they did not understand. But the actual White Witch herself, Jadis, is an otherworldly figure who’d be impossible to mistake for a “daughter of Eve,” to use the series’ vernacular.

Nobody could accuse macabre kiddie-book author Roald Dahl of suffering from the same artistic ambivalence. Dahl was a phenomenally successful writer whose stories still find their way into film: James and the Giant Peach, Willy Wonka and the Chocolate Factory, Matilda, Fantastic Mr. Fox. And also: The Witches.

“In fairy-tales, witches always wear silly black hats and black cloaks, and they ride on broomsticks. But this is not a fairy-tale. This is about REAL WITCHES,” is how this particular tale of woe begins. It warns: “The most important thing you should know about REAL WITCHES is this… REAL WITCHES dress in ordinary clothes and look very much like ordinary women. They live in ordinary houses and they work in ORDINARY JOBS. That is why they are so hard to catch.”

Dahl's witches hate children with a “red-hot-sizzling hatred that is more sizzling and red-hot than any hatred you could possibly imagine.” Witches walk among us, largely undetected. They spend most of their time plotting to use their magic to make children disappear. The unnamed narrator tells us about the things that happened on his own two encounters with witches—things that “will probably make you scream when you read about them.”

To really get into a story, you've got to suspend disbelief. Sometimes during the shift back to our default skepticism, insights occur. After I finished reading the novel the other night, it came to me that Lewis was basically right. That is: If you believed the witches Dahl writes about actually existed, you'd want them all to be hunted down and hung, shot, fried or burned for the murder of countless children. And if you read The Witches then, for at least a few minutes, you will believe.